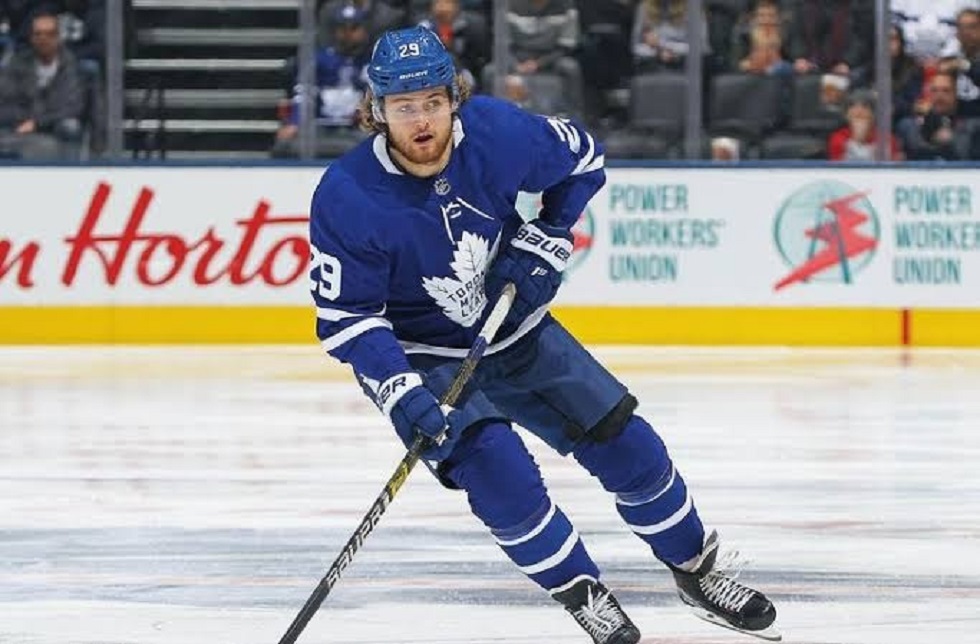 William Nylander: All You Need to Know

When was William Nylander born?

William Nylander was born on May 1st, 1996 in the city of Calgary, Canada.

Who is William Nylander’s father?

It’s quite obvious that William Nylander has great hockey genes he definitely has the pedigree for success. William Nylander resided in his father’s native country of Sweden since the age of 14. He worked on his game and polished his offensive skills on Swedish ice. He played for teams such as Sodertalje and Rogle. He went on to spend parts of the 2013-14 and 2014-15 seasons with Modo of the Swedish Hockey League. In his debut with Sodertalje of Feb. 14, 2013, William Nylander had the privilege of sharing the ice with his father Michael Wylander.

What position is William Nylander?

William Nylander plays center for the Toronto Maple Leafs, which are one of the two big sports franchises in the city along with the NBA’s Toronto Raptors.

When was William Nylander drafted?

During the 2014 NHL Draft, the Toronto Maple Leafs selected William Nylander with the No. 8 pick. The 5-foot-11, 190-pound center ended up being the fifth-leading scorer at the 2015 World Junior Hockey Championship. Consequently, the Toronto Maple Leafs sent him to Toronto of the American Hockey League. William Nylander went on to score 14 goals and 32 points in 37 games during the second half of the 2013-14 season. The fans at Toronto were very excited by the potential of Wylander.

Who is William Nylander’s brother?

William Nylander’s brother Alexander Nylander was drafted with the 8th pick of the 2016 NHL Draft by the Buffalo Sabres. The two brothers might be crossing sticks very soon.

What’s the deal with William Nylander?

The Toronto Maple Leafs are a better team with defenseman Jake Muzzin in the fold after he was acquired in a trade from the Los Angeles Kings this past week.

The team needed this move, and so did general manager Kyle Dubas. However, the acquisition of Jake Muzzin might not be enough to make up for the mistake of overpaying center William Nylander in December.

Think back even further to the fall. The Toronto Maple Leafs were a confident team heading into the 2018-19 regular season. After all, they had plucked the crown jewel of free agents in John Tavares, signing the former New York Islanders captain to a seven-year, $77 million contract in the summer.

The team was now deeper than almost every team at the most important center position, with Auston Matthews and Nazem Kadri anchoring the other top lines. On cue, the team started out well, and even when they struggled, everyone knew their troubles would be over when Nylander returned. The restricted free agent sat out all of training camp and the first two months of the season in a contract stalemate. Nylander apparently wanted $8 million, and the Leafs were only willing to offer around $6 million. Both sides held their ground. If he wasn’t signed by December 1st, Nylander would be ineligible to play in the NHL for the rest of the season.

During the standoff, Leafs president Brendan Shanahan sent a subtle message to Nylander through the media, building a case that being part of a winner sometimes requires sacrifice for the good of the team. The Leafs, he said, wanted players who wanted to be here. “We’re not for everyone,” Shanahan said.

He referenced his own Cup-winning years in Detroit by declaring that, at the end of a player’s career, it’s the winning and growing together than stands out when the player looks back on his career. However, that failed to have any impact on Nylander.

As December 1st approached, the pressure shifted to the Leafs. They haven’t won a Stanley Cup since 1967, and with so much firepower in place, this was the year to break the embarrassing drought and return glory to hockey’s starving masses. In hindsight, the Leafs probably wish they had let him sit out. But moments before the clock struck 5 p.m., the Leafs announced they had signed Nylander to a six-year deal with an average annual contract value of $6.9 million.

Leaf fans didn’t care. The final piece was finally in place. But there were rumblings from various corners that the Leafs overpaid their young star. With Matthews, Mitch Marner and Kasperi Kapanen coming up for new deals, the Leafs appeared to be painting themselves into a corner. With the cap projected at $83 million for next season, the Leafs will have about $23 million of cap space, but Matthews and Marner are expected to eat up most of that. Dubas has always maintained that he can get all the young stars under the cap, but for many, the math doesn’t work.

And what is making the situation more dire is that Nylander has been a non-factor since he returned to the ice, with only one goal and six assists in his first 21 games prior to the all-star break. Over those 21 games, the Leafs’ record was 10-9-2. Nylander’s play has been listless and, on many nights, he looks lost.

The Nylander situation has affected the entire team dynamics. All the big scorers started struggling, and suddenly, a team that was a pre-season championship favorite was slipping out of the conversation. Many think the prudent thing would have been to let Nylander sit out the year rather than cave in to his demands.

Consider that Nylander’s contract is richer than the deal for Calgary Flames’ Johnny Gaudreau, who is one of the best players in the game. In October, 2016, the Flames signed Gaudreau for six years and $6.75 million, and look at Gaudreau’s performance. Gaudreau is among the top scorers in the league. Nylander’s deal is even richer than the six-year extension that Boston Bruins’ David Pastrnak signed on Sept. 14, 2017. A deal which gave Pastrnak $6.67 million every year. Pastrnak has gone on to become one of the NHL’s leading goal scorers.

“I was very critical of the signing at the time,” former NHL executive and now Sportsnet analyst Brian Burke said. According to Burke, the signing set the Maple Leafs for failure as the signing of Matthews and Marner was far more crucial for the team’s success. Burke believes that Nylander’s signing will have an impact on what Matthews and Marner will ask for. If the Leafs win the Stanley Cup this season and Nylander finds his game, all will be forgotten.

However, for many analysts, there wasn’t really any evidence in William Nylander’s history that warranted such a lucrative contract. He is only 22 years old and, in his fourth season, has never scored more than 22 goals, and he has certainly not performed well in the playoffs. While Dubas looked like a genius for luring Tavares to Toronto and then acquiring Muzzin for a first-round draft pick and two prospects, the move to sign Nylander at $6.9 million per season was perhaps a major misstep.

Even before the contract was signed, Nylander wasn’t even the fifth or sixth best player on the club. The Leafs are going for broke, and the Muzzin trade makes that even more clear. But if the Leafs don’t go deep into the playoffs this year, the Nylander contract will be re-evaluated by everyone in hindsight. As the Leafs try to fit Matthews, Marner and others under the cap, Nylander’s contract may even look worse when the club looks back.