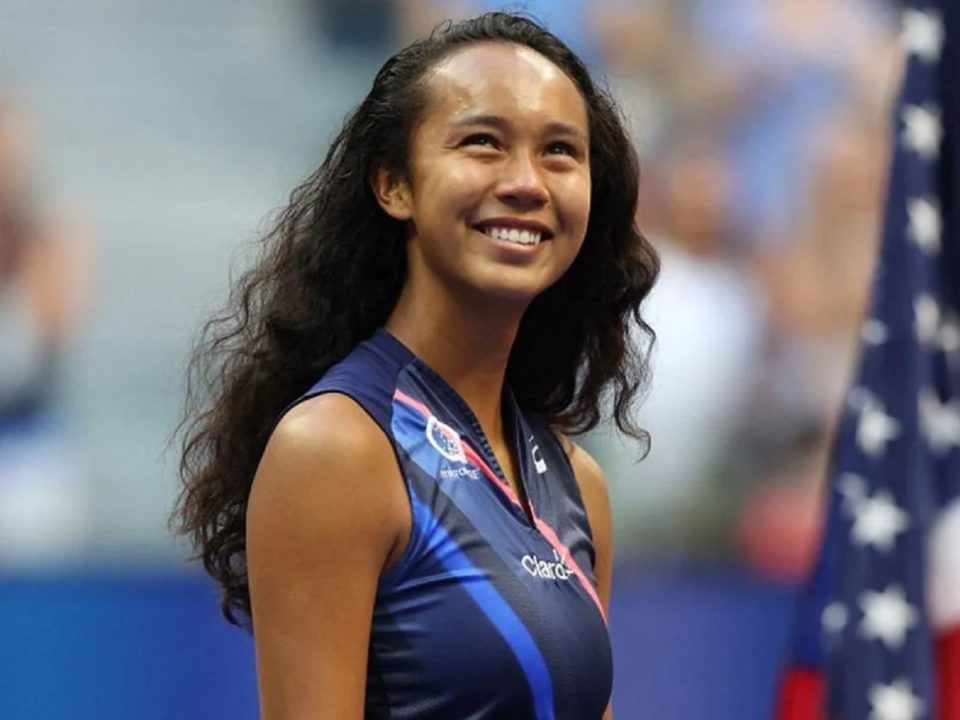 At the age of just 19, Leylah Fernandez looks to still have the world at her feet, and she along with Bianca Andreescu almost single-handedly carry the hopes of the Canadian tennis playing fraternity.

On the men’s side, Canada has enjoyed plenty of promising spells in recent years, with the generation of Milos Raonic and Vasik Pospisil soon to be surpassed by the next line of superstars on the conveyor belt in Felix Auger-Aliassime and Denis Shapovalov.

The women’s game however has been embroiled in a real barren spell in recent years, prior to the emergence of Andreescu in 2019 and now Leylah Fernandez in 2021.

Following on from her mind-boggling US Open win in 2019, Bianca Andreescu has been plagued with injury problems and whilst she still has youth on her side, she hasn’t been able to generate the consistency needed on the WTA Tour in recent years.

She does however remain the only Canadian in either the men’s or women’s game to win a Grand Slam singles title and that is something Leylah Fernandez will be looking to emulate and surpass in the future.

Fernandez’s breakthrough moment (like Andreescu) came at the 2021 US Open, where she blew away all before her to set up a meeting with fellow teen sensation, Great Britain’s Emma Raducanu.

In a final that had viewers transfixed, it was Raducanu who came through to lift the trophy but for Fernandez it looked to be the start of a fledgling career.

Subsequent performances from Fernandez haven’t perhaps lived up to expectation, with her first round exit at the Australian Open to home favourite Maddison Inglis an obvious moot point but from her world ranking of 23, she will feel like she can kick on significantly in 2022.

Having enjoyed a good run to the third round on debut in 2021, Fernandez looks to be well equipped to deal with the challenges the French Open presents.

Clay as a surface certainly isn’t for everyone, but Fernandez’s low centre of gravity and efficient movement makes her a serious candidate from the outset at Roland Garros in May.

All events on the WTA Tour are very open currently and at +1400 odds  with bet365 bonus for Canada, Fernandez looks to be a decent outside bet in Ontario to win the 2022 French Open.

Bombing out in the first round at Wimbledon is a fate many top level players have experienced on their SW19 debut and whilst Fernandez didn’t trouble the scorers at Wimbledon in 2021, she is a realistic candidate to lift the title in 2022.

Grass is one of the trickiest surfaces for players to deal with, especially if they aren’t too familiar with the intricacies of playing on it but Fernandez has an experienced head on young shoulders.

At +2500 to win Wimbledon in 2022, Fernandez looks to be somewhat of an outsider, but should the crowd get behind the young Canadian, she could be difficult to stop.

Returning to Flushing Meadows following her runners-up appearance in 2021 could give Fernandez extra motivation 12 months on from her defeat to Emma Raducanu last September.

Hard court tennis is what Fernandez was brought up on and her clean ball striking could see her a match for anyone once again in 2022.

Coming in at +2000 to go one step further this year and win the US Open, Leylah Fernandez will certainly fancy her chances at Flushing Meadows in 2022.

Leylah Fernandez, a native of Montreal, is one of the most famous Canadian tennis players, a member of the country’s national team. She has won one Grand Slam in singles in 2021 (US Open 2021) in singles. She was the first racket of the world in the junior ranking. The Canadian tennis player is only 19 years old, so her career is only gaining momentum. The athlete sets ambitious goals and is full of energy. Her peculiarity is her small stature, and the fact that she is left-handed makes her a rather dangerous opponent.

The US Open is one of the most prestigious sporting events in the sport.

It is one of the four Grand Slam tournaments. The US Open is currently held in New York on the courts of the National Tennis Center. Competitions of the top tennis players in the world are held in late summer and early autumn. Both adult couples and junior teams compete.

It should be noted that the most famous court of the Championship, the Arthur Ashe Stadium, was named after the outstanding American tennis player Arthur Ashe, who was the first to win the Open Era tournament in 1968. As a rule, before the pandemic, the stadium could accommodate more than 20 thousand spectators. However, the tennis center has 3 other courts in addition to the main court. Spectators can also be accommodated there. And 13 more courts, but without seats for fans.

The tournament is organized by the US Tennis Association.