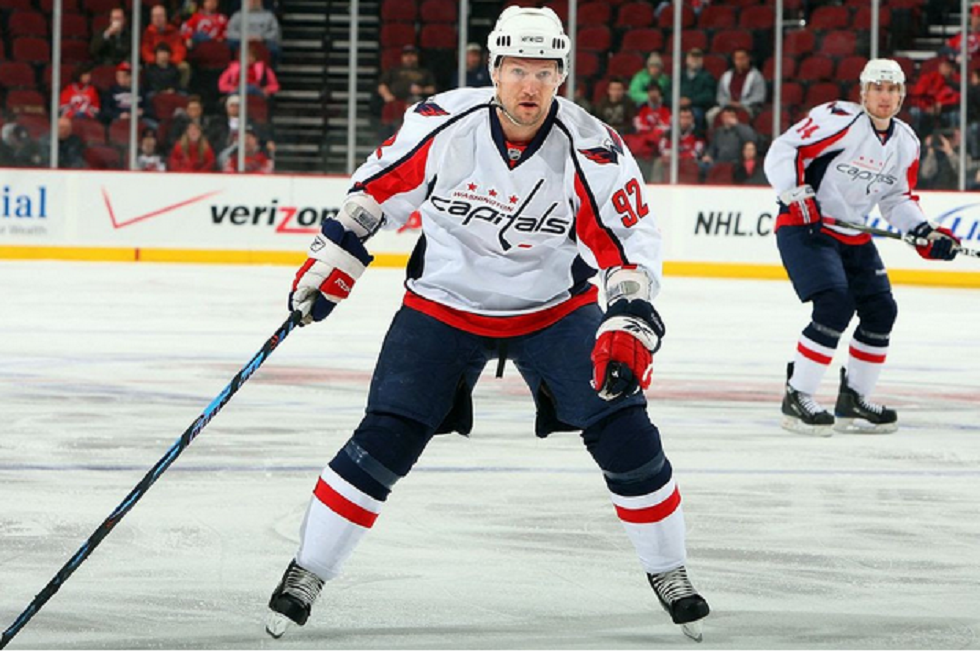 Michael Nylander is a former Swedish professional Ice Hockey player who played 920 games in the National Hockey League (NHL) between 1992 and 2009. He played for the Swedish National Team during the 1998 and 2002 Winter Olympics as well.

Michael Nylander: All You Need to Know

When was Michael Nylander born?

Michael Nylander was born on October 3rd, 1972 in Sweden.

When was Michael Nylander drafted in the NHL?

Nylander was drafted by the Hartford Whalers in the third round (59th overall) in the 1991 NHL Entry Draft.

Which teams has Michael Nyander has played for?

How was Michael Nylander’s career in the NHL?

After getting drafted, Michael Nylander had to wait for 15 games before he scored his first goal in the NHL. He achieved that remarkable feat on November 27th, 1992 during his 16th game for the Whalers at the Boston Garden. The Hartford Whalers unfortunately, went on to lose 4-5 to the Boston Bruins. The Bruins goaltender was Rejean Lemelin. In the next season, despite being third on the scoring list for the Whalers, Michael Nylander was sent down to the Whalers’ AHL affiliates, Springfield Indians. The main reason behind that was Michael Nylander’s lapses on defence. He was recalled after four games in Springfield, but that stint made Nylander one of the two final players who ever played for the storied Indians to be active in professional hockey.

In 1999, Michael Nylander joined the Chicago Blackhawks. Nylander played 239 games with the Blackhawks over four seasons, his highest number of games among the seven teams that employed him. He scored 69 goals with 128 assists, including a 64-point season in ‘00-01 and a 61-point performance the following season, as the Blackhawks made a surprise run to the playoffs. Nylander’s two best seasons came with the Rangers: in ‘05-06, he had 79 points and followed that up with career-bests in goals (26), assists (57) and points (83) in ‘06-07. A torn rotator cuff cut Nylander’s next season in half, but he still managed 37 points in 40 games with the Capitals.

During his stint with the Chicago Blackhawks from 1999, Michael Nylander was one of the most potent offensive weapons of the team, along with Tony Amonte, Steve Sullivan, Eric Daze and Alex Zhamnov. A line of Daze-Nylander-Sullivan was one of Chicago’s most lethal combinations in the early 2000s.

Michael Nylander signed with the New York Rangers for the 2005–06 season and played alongside All-Star right-winger Jaromír Jágr. He centred the first line and first power play unit. Statistically, Nylander had his best season as he helped the Rangers reach 100 points for the first time since 1994.

After the Rangers’ 4-3 overtime win against the Boston Bruins (in which Nylander scored the game winning goal in overtime) on April 8th 2006, Michael Nylander gave an interview to NBC’s Pierre McGuire. Nylander infamously said ‘shit’ on live television, when asked about his relationship with McGuire. Bill Clement and the entire crew at NBC issued an unconditional apology after the event. The National Hockey League and the Federal Communications Commission never issued any suspension or fines for Nylander.

Prior to the 2007–08, as reported on the Edmonton Oilers website, Nylander’s agent had agreed to a contract with the Oilers. While expecting to receive a signed contract, the Oilers instead found out that he had signed with the Washington Capitals.

Michael Nylander suffered a torn rotator cuff during a game against the Florida Panthers on December 1st 2007. Nylander missed the next four games before returning to play the next thirteen games. Eventually, Nylander was forced to have surgery to repair the tear on 16 January 2008, and missed the rest of the 2007–08 regular season and playoffs.

The effects of the torn rotator cuff lingered during the 2008-09 season as well. Nylander was only able to accumulate 33 points in 72 games. He was widely criticized by fans and critics for not living up to his lucrative contract.

The Washington Capitals faced severe salary cap restraints during the next season. Looking to shed some salary, they attempted to trade Michael Nylander, but found no suitors for his near $5,000,000 salary. The Washington Capitals decided to loan Michael Nylander to the Detroit Red Wings organization. The Red Wings immediately assigned Nylander to the Grand Rapids Griffins of the AHL. Nylander was loaned again to Jokerit of SM-liiga where he finished the 2009-10 hockey season. For the 2010-11 season, Nylander played in the Florida Panthers organization’s AHL affiliate in Rochester as they filled a hole at center. However,  the Washington Capitals still held Nylander’s NHL rights throughout the season.

On October 23rd 2010, Nylander was seriously injured when he was hit from behind by Brendan Smith during the second period of a game between Rochester and the Grand Rapids Griffins. He underwent successful spinal fusion surgery on 26 October 2010 at Strong Memorial Hospital in Rochester, New York and doctors have said that he should be cleared to play again after 6 months of recovery.

Michael Nylander accepted a try-out contract from the Philadelphia Flyers and joined the team’s training camp on August 17th, 2011. Unfortunately, the Flyers released him on September 25th, 2011.

After being released by the Philadelphia Flyers, Michael Nylander went on to play for the ZSC Lions in the National League A. He played between October 2011 and December 2011 for the ZSC Lions. The Lions chose against renewing his contract in January 2012 and he went on to sign with the Kloten Flyers.

What were some unique traits of Michael Nylander?

Nylander was a gifted offensive player with a signature move: a quick half-spin with the puck on his backhand that he used in tight quarters to shake opposing defenders or open up a passing lane. It’s something plenty of offensive-minded skaters can do, but few could do it as quickly or as sharply as Nylander. If that didn’t make him stand out, Nylander’s skates did. He was one of the few players who wore black skate holders.

Who is Michael Nylander’s wife?

Michael Nylander is married to Camilla Altelius. Together, they have six children, four daughters and two sons.

What is the name of Michael Nylander’s sons in the NHL?