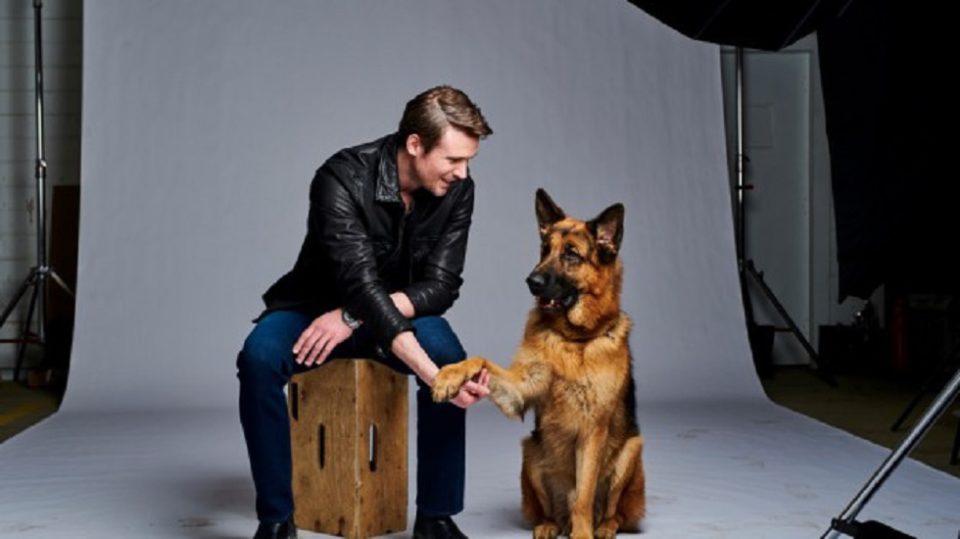 1. The Show Was A Fan Favourite (4.1 million viewers ) From The Get Go

K9 partnerships (Turner & Hooch, K9, F.B. Eye, the Canadian Katts & Dog) have been used in films because we can relate to it the human-pet bond and relationship. Yet for people who have had police dogs used against them, the image of a German shepherd (or Malinois) may not evoke positive feelings until this Canadian show came along.

3. The Writers Watch A Lot Of Dog Videos On The Internet For Inspiration:

Writing for Carter to Hudson & Rex meant keeping with the police procedural, but also writing for a furry lead character.  When the writers started, they brought in a former homicide detective to walk us through the steps of a real investigation and that was really informative. For the Rex side of it, they watched a lot of dog videos on YouTube! And it was for work!

Within the show, Rex is the partner of major crimes Det. Charlie Hudson (John Reardon) and rides everywhere in Hudson’s (Canadian and union-made) Dodge Charger. Discerning viewers will notice that occasionally there are doubles (Diesel’s nephews Iko and Izzy), but the lion’s share of the canine performance is Diesel.

Whether in homes, businesses, universities, forests or hospitals, Rex is granted the freedom to investigate on his own, especially by using his nose.

This show is only possible because of the actual labour of Diesel and his committed owner/trainer, Sherri Davis. By watching Rex’s eyes, you can see where she is positioned on set. They engage in the real-life communication work – that intricate interspecies interaction – needed to portray Hudson and Rex’s fictionalized communication work.

“We work closely with Sherri Davis, Diesel’s trainer, to see what he can do. It’s very creative and collaborative. She’s always teaching Diesel some new impressive trick that we never dreamed a dog could do and we’ll build around it. Other times, we’ll ask if Diesel can do something odd, like sneeze on command, and somehow she manages to train him to do it. She might be a wizard.”

Vom Burgimwald’s character Rex was logging hours in the K9 unit when his partner died, and then was transferred to major crimes at the St. John’s Police Department, where he was paired up with Hudson.

“Diesel is a pro. He hits his mark better than I do,” says John Reardon, who plays vom Burgimwald’s onscreen partner, Hudson.

“He’s pretty brilliant,” agrees vom Burgimwald’s trainer Sherri Davis, who’s been in the business for 25 years. “He knew absolutely nothing coming into Hudson & Rex. He’d never worked in film, seen cameras, lights — nothing. He has picked it up remarkably quickly.”

And audiences love him.

4. Diesel or Rex Is A Father In Real Life:

5. The Show Was Originally Austrian:

Italian pubcaster Rai has bought the Canada-produced Hudson and Rex, having aired the original European version for several seasons. The show is the English-language rendition of a Europe-originated procedural about a detective and his German Shepherd sidekick, Rex.

No wonder European deals for cop and canine drama “Hudson & Rex” started rolling in ahead of the show getting its official international premiere at MipTV in Cannes!

The original Austria and Italy-produced version of Hudson and Rex type format sold over 100 territories and ran for 18 seasons. Diesel’s also distantly related to the canine star of the Austrian TV series Kommissar Rex, which inspired the Canadian show.

5 of the Greatest Ever Episodes of Schitt’s Creek