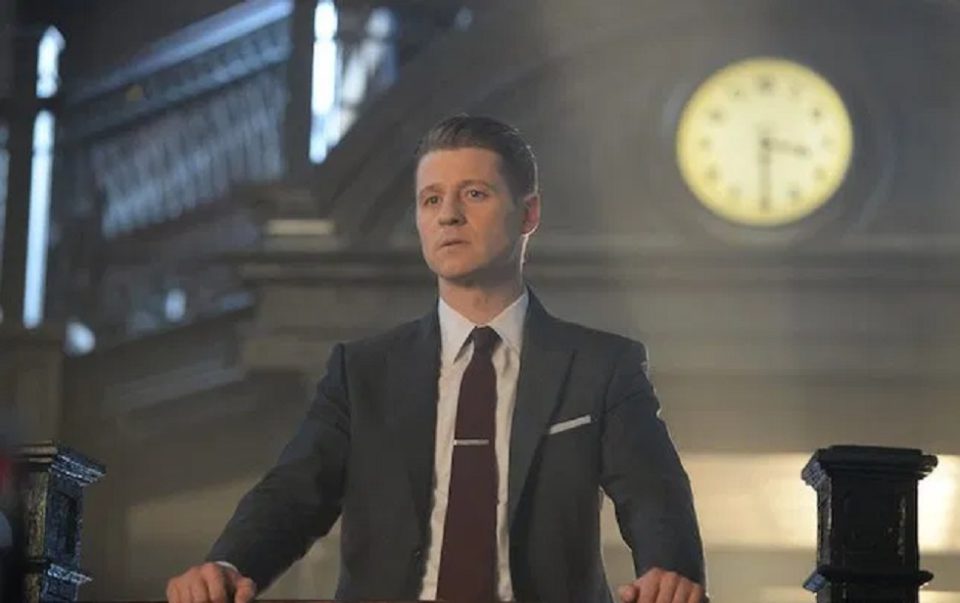 Nick Gereffi was the television casting director who was posthumously awarded the 2018 Associate Spotlight Award (one year after his death) for the New York film and television market, one of the Casting Society of America’s Artios Awards.

Nick Gereffi was hired as a casting associate for long-term casting directors Kim Miscia and Beth Bowling on the DC Batman television series Gotham. Nick Gereffi had also previously worked on casting for programs including Master Of None (2015-2017) season 1,2, Power (2014-2015) season 2, and many others like You.

At MMC (his university), Nick Gereffi was said to be kind heart smart with a great sense of humor. Nick Gereffi has also worked with a roundabout theatre company, Junkyard Dog Productions, and many others on theatrical projects. Nick Gereffi was also the co-founding artistic director at the Indigo theatre project, which was founded in 2013.

Nick Gereffi: Interesting Facts About His Career and Life Before Untimely Death!

Nick Gereffi was posthumously awarded one of the Casting Society of America Artios Awards at the 2018 Associate Spotlight Awards for the New York film.

His family has not revealed Nick’s cause of death; hence their privacy should be respected. However, Nick reportedly died in December 2017.

From 2008 to 2012, Nick Gereffi went to Marymount Manhattan College, studied communication arts and earned a bachelor’s degree. Nick Gereffi was known at MMC (Marymount Manhattan College)for his amazing sense of humor, sharp wit, and kind heart. As his close friends have made public, not only was he incredibly smart and passionate about his work, he was always authentic about himself.

There are several people and directors who knew Nick Gereffi and noticed the caliber of his craft and his love for others.

The Casting Society of America (CSA) where he worked also recognized the caliber of Gereffi’s works and talent.

In an article about the award, Miscia revealed: “Nick made such an enormous impact on all of the shows that he worked on during his too-brief career. We wholeheartedly believe he deserves the award a million times over”.

Before Nick Gereffi death, he was employed as a casting associate for casting directors:

According to an online source, “Kim Miscia has been a casting director in NYC for the past 14 years. Prior to that, she was the manager of casting for HBO films. Kim and her partner, Beth Bowling, have cast both network and cable television, including SLEEPY HOLLOW, GOSSIP GIRL, BEAUTY AND THE BEAST, DELOCATED, BORED TO DEATH, MAD MEN, MICHAEL AND MICHAEL HAVE ISSUES, KINGS, NEW AMSTERDAM, THIRD WATCH, and MEDIUM. They were also the East Coast Casting Consultants for John Wells Productions for three years, working on ER and WEST WING. Feature film credits include IT’S COMPLICATED, the Adam Sandler films YOU DON’T MESS WITH THE ZOHAN and I NOW PRONOUNCE YOU CHUCK and LARRY, and the indie hit THE TEN, directed by David Wain”.

In an article about the award, Nick won after his death, Kim Miscia declared: “Nick made such an enormous impact on all of the shows that he worked on during his too-brief career. We wholeheartedly believe he deserves the award a million times over.”

According to Wikipedia, Gotham was an American action crime drama television series developed by Bruno Heller, produced by Warner Bros. Television and based on characters published by DC Comics and appearing in the Batman franchise, primarily those of James Gordon and Bruce Wayne. The series premiered on Fox on September 22, 2014 (3 years before Nick Gereffi’s death), and concluded on April 25, 2019. The series stars Ben McKenzie as Jim Gordon and David Mazouz as Bruce Wayne. The series was originally intended to focus only on detective Jim Gordon’s early days with the Gotham City Police Department, but they subsequently included the Bruce Wayne character and the origin stories of Batman’s rogues gallery.

Nick Gereffi had also previously worked on casting for programs such as:

According to Wikipedia, Power is an American crime drama television series created and produced by Courtney A. Kemp in collaboration with Curtis “50 Cent” Jackson. It aired on the Starz network from June 7, 2014 (3 years before Nick Gereffi’s death) to February 9, 2020.

Power tells the story of James St. Patrick (Omari Hardwick), an intelligent, ruthless drug dealer who has the alias of “Ghost”. He wishes to leave the criminal world to pursue legitimate business interests as a nightclub owner. St. Patrick aims to balance those two lives, while also avoiding police capture, trying to navigate his crumbling marriage and manage shifting economic alliances.

According to Wikipedia, Master of None is an American comedy-drama television series, which was released for streaming on November 6, 2015, on Netflix (prior to Nick Gereffi’s death in 2017).

The series was created by Aziz Ansari and Alan Yang, and stars Ansari in the lead role of Dev Shah, a 30-year-old actor, mostly following his romantic, professional, and personal experiences. The first season was set in New York City, and consisted of ten episodes.

The second season, which takes place in Italy and New York, consists of ten episodes and was released on May 12, 2017 (8 months before Nick Gereffi died) A third season is in development, and will be filmed in London.

According to Wikipedia, Master of None has won three Emmy Awards and a Golden Globe. The series has received critical acclaim, appeared on multiple year-end top ten lists, and received multiple awards and nominations

Dev is a 30 year-old actor, living in New York City. His life goes by in a humorous, yet meaningful sequence of events. Everything he does is usually related to hanging out with his three friends, finding a relationship, or getting ahead in his career.

According to Wikipedia, Falling Water is an American supernatural drama television series. A commercial-free advance preview of the pilot aired on September 21, 2016 ahead of its October 13, 2016 premiere. On April 3, 2017 (the same year Nick Gereffi died) USA Network renewed the series for a second season, with Rémi Aubuchon replacing Blake Masters as the showrunner. On May 18, 2018, (after Nick Gereffi’s death) USA announced they had cancelled the series. The pilot was written and co-created by Masters and Henry Bromell before Bromell died in 2013. In honor of his work, Bromell is still listed as a co-creator and receives a producer credit.

Three people, who have no connection to one another, slowly realize that they are all dreaming separate pieces of a common dream. Each is on a personal quest, and they use clues found in their collective dream to help them find the solutions to their mysteries, which include searching for a missing girlfriend and a lost child. As the dreamers dig deeper into their investigations, though, they discover that their missions involve stakes that are much bigger than their individual agendas and that the visions they are seeing in their common dream could hold the key to the world’s fate.

In 2020, You was nominated for the award Casting Society of America under the category of “Television Pilot & First Season – Drama”. The team behind this was Nick’s ex-boss Kim Miscia, David H. Rapaport, Lyndsey Baldasare, and Beth Bowling.

According to Wikipedia, the plot of You is as follows:

You is an American psychological thriller television series developed by Greg Berlanti and Sera Gamble. Produced by Warner Horizon Television, in association with Alloy Entertainment and A&E Studios, the first season is based on the 2014 novel by Caroline Kepnes and follows Joe Goldberg, a New York bookstore manager and serial killer who falls in love with a customer named Guinevere Beck and quickly develops an extreme, toxic, and delusional obsession.

– Wrath of the Villains: A Legion of Horribles (2016) … (casting associate – uncredited)

– Wrath of the Villains: This Ball of Mud and Meanness (2016) … (casting associate – uncredited)

– Rise of the Villains: A Bitter Pill to Swallow (2015) … (casting associate – uncredited)