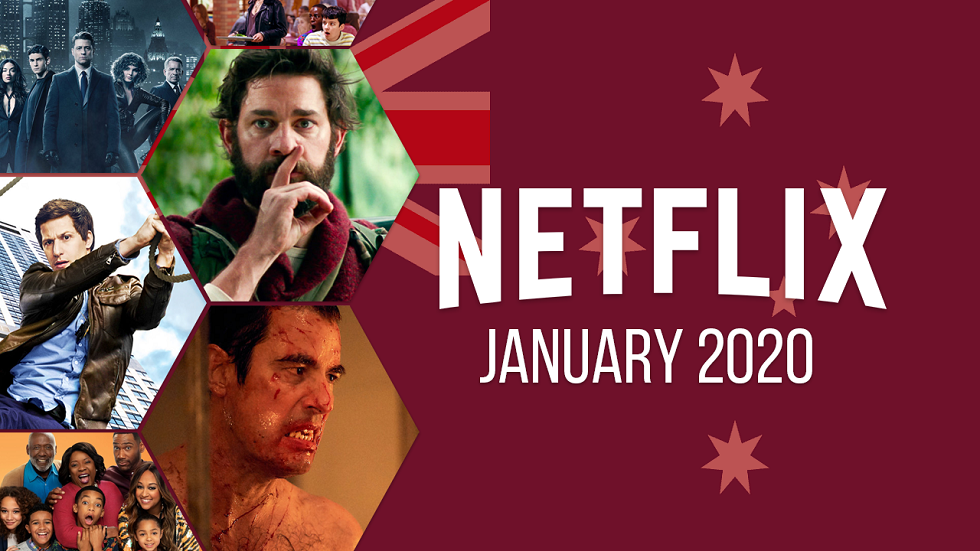 Coming on Netflix Canada in January 2020

The new decade is here. Time for some new things to do, new avenues to explore, new paths to walk on, new hobbies to nurture, new relationships to forge, and new sports to play. However, as we move into the new decade and do new things, there are some things from the previous decade that we will bring along for the ride. One of those is Netflix. Yes, the Netflix and Chill movement is not going to slow down in this decade as well. While Canada does have a lot of things to do outside, watching Netflix at home has its own charm. And don’t worry, your favourite streaming service is not going to force you to re-watch old shows only. A lot of new shows and movies are arriving on Netflix Canada in January. So dim the lights, turn up the radiators, pick up your snacks, snuggle up in your quilt and press play.  We are going to list all the shows and movies arriving on Netflix Canada in January and we will talk in some detail about the shows we are most excited about.

Here are the Best Shows and Movies Arriving on Netflix Canada in January 2020:

This thriller is about a CIA agent investigating a man who appears, for all intents and purposes, to be a modern-day Messiah. This series has a lot of buzz around it, although I’m mostly just curious to see a) where they can go from the initial pitch that isn’t a story we’ve seen before, and b) how they can handle all of this with the sensitivity it requires. At the very least, consider me intrigued.

Nisman: Death of a Prosecutor

Imagine Black Swan in the world of competitive figure skating, but dial the soap opera style quotient up to ten, and you’ll basically have the new Netflix original Spinning Out. The premise is a juicy one: After an accident takes a high-level skater off the competition track, she decides to continue her career as a pairs skater, even as she “risks exposing a fiercely kept secret that could unravel her entire life.” Bring on the unravelling!

Thieves of the Wood

All the Freckles in the World

Anne with an E: The Final Season

When the news filtered down last month that Netflix/CBC’s wildly popular reboot of Anne of Green Gables was coming to a premature end, many folks were surprised. Moira Walley-Beckett and her team have crafted a stylish and thoughtful take on the source material that made Lucy Maud Montgomery’s characters resonate with a whole new generation of viewers. Well, in the end, it all came down to money, but thankfully we’re left with a strong final season. (And something tells us that this version of Anne will be back in some form or another.)

AJ and the Queen

You’ve got to hand it to RuPaul—if he’s not the hardest working man in show business, he certainly is the hardest working drag queen. When he’s not shepherding the massive Drag Race franchise, recording singles, judging reality shows or hosting his own talk show, he apparently has time to star in this, his first foray into scripted comedy by The Comeback’s Michael Patrick King. Following a down-on-their-luck drag queen and an orphaned 11-year-old as they travel across America, this looks more heartwarming rather than raunchy.

DC’s famous teenage superhero team is back with a bang for the second season. The terrific team of Robin, Raven, Changeling, Starfire and Wonder Girl will join forces against legendary villain Deathstroke. This show will also feature Game of Thrones’ Iain Glen as an old and wizened Batman/Bruce Wayne.

The Healing Powers of Dude

Kipo and the Age of Wonderbeasts

What can’t Gillian Anderson do? Aside from being an ageless goddess, she moves from role to role like a chameleon, shedding her Dana Scully X-Files baggage and continually surprising us with delightful performances in all sorts of weird projects. And she’s just a small part of what makes Sex Education great—a thoughtful, funny, and provocative series about a group of oddball teens that is finally back with more episodes. (It has been way too long.)

Tyler Perry’s A Fall From Grace

Paramedic: How to Prevent an Outbreak

She’s back. Kiernan Shipka and company return for yet another season of devilishly good mayhem. When this thing premiered, it managed to supplant the cheesy 90s sitcom as the definitive take on the teenage witch in many people’s minds. It also went on to usurp Riverdale as the best Archie-related series. No wonder it has got a third season, and it looks magical!

The Ranch: The Final Season

The Queer Eye guys were probably cloned in a lab, somewhere deep within the bowels of Netflix HQ. How else can anyone explain how they’ve been deployed by the streamer, dominating every lifestyle brand and popping up in multiple shows? Tan France is given his chance at the spotlight with this design reality show, as eighteen designers face off for the chance at $250,000 and a collection with luxury fashion retailer Net-a-Porter.

The back half of BoJack Horseman’s final season drops, and if the first half was any indication, we’re in for a bit of a wild ride. I know I’ve talked about this series before, but trust me—it’s one of the best television shows of the last decade. A searing satire of Hollywood, a heart wrenching depiction of depression and addiction, but also a hilarious sitcom set in a world full of anthropomorphic animals. It’s worth the watch. And considering that creator Raphael Bob-Waksberg has stuck the landing with all of the previous finales, expect this one to be particularly moving.

This is a crime thriller that stars Adam Sandler as a jeweler who out to make his next big score. The film somehow also stars Idina Menzel and The Weeknd, which feels like something a random internet bot made up but is actually real life. Anyhow, Sandler is attracting major awards buzz with this flick, and the cinematography is apparently amazing, so…check it out. Perhaps this movie will be a good Adam Sandler movie, like the early Adam Sandler movies, and unlike the well…later Adam Sandler movies.

Come back to find out what’s coming in February 2020 on Netflix Canada.