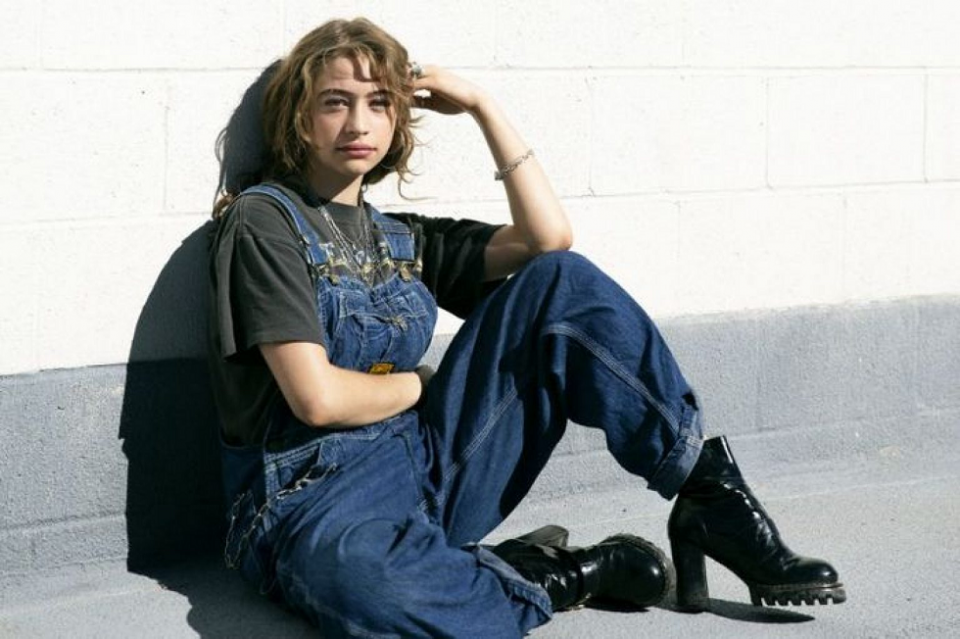 Odessa Adlon is the American actress, most commonly known for Fam (2019), Nashville (2012) and Wayne (2019). Here are 5 interesting things about Odessa Aldon that you may have not known before:

Since his split from Sarah Snyder in 2017, Jaden Smith bounced back with a new look and a new lady on his arm. Jaden Smith walked the ‘Better Things’ premiere red carpet with his new boo Odessa Adlon. Jaden also once uploaded their prom picture with his then girlfriend on 30 May 2018 and said that the image describes their experience.

Her Mother is Pamela Adlon:

Odessa Adlon was born on 17 June 1999 to her father Felix Aldon, who is a well-known filmmaker in the international film industry and her mother Pamela Aldon, who also worked for years in the entertainment industry. Odessa definitely got her acting gene from her mother, Pamela who was in the iconic 80s movie Say Anything (but wasn’t the most successful 80’s actress compared to Jennifer Grey) and continued her career in some major hit TV shows. She has been on Californication, Bob’s Burgers, Louie, and Better Things.

But it was voice-overs that Pamela Adlon said saved her career. While she found success with her child-actress years, she struggled to find parts in her 20s. Adlon’s best known role is playing Bobby Hill on the animated TV show King of the Hill, for which she won an Emmy Award for Outstanding Voice-Over Performance in 2002. Though she is mostly known for voicing young boys, Adlon has voiced two girl characters (both of which have boylike qualities): Margaret “Moose” Pearson in Pepper Ann and Ashley Spinelli in Recess.

In 2015, FX gave a pilot order for Better Things, which is a comedy created by and starring Pamela Adlon. She received an Emmy nomination for Outstanding Lead Actress in a Comedy Series for Seasons 1 and 2 of Better Things. She plays an actress raising three daughters. The pilot was written by Pamela Adlon and Louis C.K., who also directed it. It was picked up for a 10-episode series on August 7, 2015. The show, which premiered on September 8, 2016, is semi-autobiographical.  Odessa also has even appeared in an episode of the FX series Better Things.

Pamela Adlon’s professional relationship with Louis C.K. started when she played his wife in the short-lived HBO sitcom Lucky Louie. Pamela also starred as the friend of Louie (a fictional character that Louis C.K. wanted to base on himself) in his FX single-camera show: Louie. She appeared in every season but the third. Adlon co-wrote seven episodes of Louie, and became a consulting producer on the show. She earned a total of 4 Primetime Emmy Award nominations for her work on Louie. She earned two nominations as a producer for Best Comedy Series, one nomination for co-writing, “Daddy’s Girlfriend Part 1” in season 3 and the Guest Actress in a Comedy in Season 5.  Pamela Adlon was represented by her manager Dave Becky until November 2017, when she fired him following his involvement in the Louis C.K. sexual harassment scandal.

She Wants To Do Everything, Literally Everything:

“I’m someone who has no sense of decision-making,” she confirmed recently. “I love doing everything. Anything that you put in front of me, I’ll want to figure out how to do it or at least attempt to. When I have free time, I try to practice with my band, but balancing my time with [them] is really hard, and that’s why I don’t have any music out. I would love to be able to perform with them more. Photography is something that I can do literally anytime, which is what’s so amazing about. And I love writing and I’ve been trying to write a few scripts. I also love clay-making, which is so random…. I also want to have a fashion line (hopefully she starts a plus size clothing line). I don’t think it would have a specific look. I would want a little bit of everything. I would want something that people could wear that’s more feminine and more masculine, too. Dude, there’s just so many things I want to do. I wish I could just stick to one thing, but I want to do so many things.”

Carrying this over, when it comes to acting, there are different types of roles she hopes to one day play.

“I’ve done a couple of independent movies, and I loved them,” she said. “They were so fun and I got paid jackshit. And I would love to do a feature film—comedy or drama. I would love to see the differences between the two formats… I would also love to do sci-fi and fantasy. I feel like that would be so much fun. And like a really scary horror movie. That would be fun.”

She Used To Beg Her Mom To Let Her Audition:

“When I was eight, I asked for headshots for my birthday and I never got it,” she said. “This sounds so, so, so stupid and cliche, but when I was younger, I always put on different characters for my family, just for fun, and would make mini-movies and literally look in the mirror and pretend to be someone else.” At 15, she finally was allowed to meet with an agency, and immediately got a manager and started going on auditions. “My first audition ever, I didn’t know what you were supposed to wear, so I ended up looking it up online,” she recalled. “It was like, ‘Wear tight black pants and nothing too flashy.’ I literally wore that and was so uncomfortable. I’m not a ‘girly-girly’—I like baggy clothes, and that’s how I feel comfortable. But when I started to go on more and more auditions, I learned it’s meant to be what you feel is right for the role, so now I go in my clothes. It’ll be a Metallica shirt, and people really don’t care.”

As with any career, Odessa Adlon was initially met with a few no’s:

“One that I really wanted and was really excited about, but didn’t even get a call back was that show I Love Dick,” she said. “Is that what it’s called? And another one was Santa Clarita Diet. I didn’t get that one, either.” But then the yeses started coming, including a five-episode arc on Nashville. “That was even my first callback ever,” she said. “I found out I got it in an Uber, and my mom called me and I was like, ‘Holy shit! Fuck!’ I was freaking out. And I didn’t even think I was going to get it. I thought a callback was the biggest thing in the world.”

What are some Odessa Adlon movies?

What are some Odessa Adlon TV Series?

Odessa Adlon has been acting for just a few years now, but there is going to be a lot more to come from the diverse actor who’s passions roll like the wind.