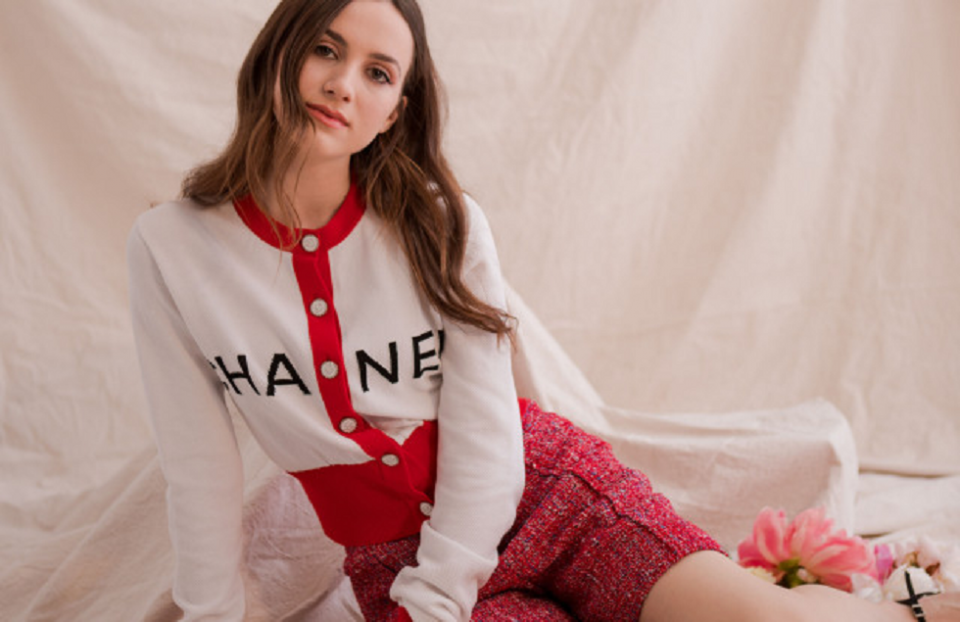 You saw Maude Apatow grow up before your eyes but what has the child actress been upto of lately? Did Hollywood’s favorite daughter from the loveable Judd Appatow movies, catch up to her parents’ success? While being the daughter of a famous producer has definitely given Maude a lot of opportunities, it does not mean that success is guaranteed for her. Maude Apatow is still fighting for a secure place in the industry and showing us all how being self established is much more efficient in terms of work opportunities as an actress.

The Self-Obtained Success of Maude Apatow:

Starting Out and Learning The Art of Acting:

Maude Apatow began acting at the age of seven with a role in her father Judd Apatow’s 2005 film The 40-Year-Old Virgin, though her scenes ultimately did not make the film’s final cut. She then appeared in the 2007 film Knocked Up, which was also written, produced, and directed by her father. She and her younger sister Iris Apatow played Sadie and Charlotte, respectively, the daughters of their real-life mother Leslie Mann’s character. She again appeared alongside her sister as the daughter of Mann’s character in her father’s 2009 film Funny People, playing the role of Mable.

Maude Apatow reprised her Knocked Up role in the 2012 spin-off sequel This Is 40, starring Mann and Paul Rudd’s characters. For her performance in the film as Sadie, Apatow was nominated for the 2012 Phoenix Film Critics Society Award for Best Young Actress and the 2013 Young Artist Award for Best Performance in a Feature Film – Supporting Young Actress. Paul Rudd who played her “father” in the movie also witnessed Maude Apatow genuinely fall in love with acting in This Is 40.

In 2015, Maude Apatow played an audience member in the film Pitch Perfect 2. That same year, she also recurred in the fourth season of the HBO series Girls as Cleo. She appeared in three episodes of the series, which was executive produced by her father. Maude Apatow then appeared in the 2016 film Other People as Alexandra Mulcahey. In 2017, she played the role of Meredith Whitcomb in the film The House of Tomorrow.

Executive produced by Drake and led by former Disney star Zendaya, Euphoria brought with it a tidal wave of industry buzz and a borderline-obsessive fandom. The show propelled a young cast to the forefront of Hollywood, including 21-year-old Maude Apatow. The daughter of Judd Apatow (who got his start by doing stand up in Canada, one of the best places to live)  and actress Leslie Mann says this isn’t a show for teeneagers.

In 2018, Maude Apatow starred as Grace in the film Assassination Nation. The director of the show, Sam Levinson, subsequently cast Apatow as a series regular in his HBO drama series, Euphoria, which debuted in 2019. The show also stars Zendaya along with other young Hollywood breakouts such as Sydney Sweeney, Alexa Demie, Algee Smith, Jacob Elordi and Hunter Schafer.

“I worked with Sam Levinson the writer-director on another movie two years ago called Assassination Nation. We got along really, really well, and Sam had told me he was working on another show. So, I came in and auditioned. I auditioned six times. It was crazy. But it ended up working out.”

It surely worked out as she plays Lexi Howard in the series, a role that Levinson would go on to write specifically for Apatow.

“I love writing and I love directing. That’s my ultimate goal. And acting. If I could do all of them at the same time that would be cool.”

Maude Apatow made her directorial debut with the short film Don’t Mind Alice, which she co-wrote and co-directed alongside Olivia Rosenbloom. After acting on the TV series Euphoria, Apatow is looking to be Hollywood’ newest triple threat, with goals to eventually write and direct her own films, all while continuing her burgeoning acting career:

“I did a short film last summer that I wrote and directed and acted in,” she says. “So, that was the greatest thing ever, and hopefully I can do more of that. If I could do all of them at the same time that would be cool.”

Maude Apatow should hit the jackpot with Netflix, the streaming browser which is an endless treasure of entertainment.  Ryan Murphy’s Netflix mini-series stars Maude as fictional character Henrietta in Murphy’s latest television creation. The series, hitting the streaming platform on May 1 2020, will follow ‘aspiring actors as they attempt to navigate the changing industry’ in Los Angeles post-World War II. Maude will star alongside actor Darren Criss, as well as other Ryan Murphy realm alums David Corenswet, Patti LuPone, and Dylan McDermott.

In her father’s and Pete Davidson’s upcoming 2020 film King of Staten Island: Maude is going to play the sister of Davidson’s character.

On January 29, 2019, it was announced that Universal Pictures was producing a new film directed by Judd Apatow and starring Pete Davidson. The film was set to be written by Apatow, Davidson, and Dave Sirus with Apatow and Sirus also producing the film.

Having joined Twitter in 2010, Apatow is noted to have a large online following, which helped her become a contributor to Zooey Deschanel’s website called “Hello Giggles” as a writer and interviewer. Her work on the site as well as her acting roles earned her a spot on the Forbes 30 Under 30 list in 2012. Apatow’s Twitter account was named one of the “Best Twitter Feeds of 2013” by Time magazine.

She was named after the ‘Maude’ from the film Harold and Maude:

Named after the kooky octogenarian in the film, Maude said this about her name: My parents told me recently that they started calling me Maude when my mom was pregnant as a joke, and then it stuck. And, I was like, “Oh, that’s kind of offensive. But, okay.” But I love that movie. I think it’s one of my favorites ever.

The first thing she ever auditioned for was:

The first thing I auditioned for was Grease, the musical. I got Jan. I love all musical theater. I was saying that recently I saw Patti LuPone in Gypsy, and it was, like, the best thing I’d ever seen in my whole life, so that was one of my favorites.

“I think I saw it three times. I saw it in England which is really cool. And it was amazing, too”.

Her favorite film growing up is:

“I have so many favorite movies. The first thing that comes to mind is Say Anything. I also love Magnolia and Boogie Nights and Stand By Me. Those are some of my favorites”.

Her thoughts on being a child actress is:

I was so little when my dad cast me in movies. I didn’t even realize what was going on, but I knew that I liked it. It was really nice to be able to do that with them first to get practice. Now, I feel very prepared to go off on my own. So, I’m really grateful for that.

My mom’s given me so much acting advice. She’s always told me to commit. That’s the main thing she says and I always keep that in mind when I’m acting. That’s really stuck. My dad’s my mentor with writing, too. He reads what I write and gives me notes. It’s the greatest thing ever.

She acted in school theater from kindergarten and never questioned whether or not acting would be her career:

Maude Apatow from Hollywood, Los Angeles has been acting since she was a kid, but she still attended and completed high school normally, an experience she continues to grow more appreciative of.

“I mean, there were definitely times where I wanted to act outside of school. My parents didn’t let me, but now that I think about it I’m really happy I stayed,” she says.

Her video got 1.6 million views on Conan:

When her father spoke about what his kids think of him, on Conan, the views hit 1.6 million on Youtube. Judd’s daughters Maude Apatow and Iris Apatow would roll their eyes when fans approached him on the street. The duo also judge their director father when he uses his name to get dinner reservations. Like any typical family, children always tend to get embarrassed by their parents more than everyone else in the world.