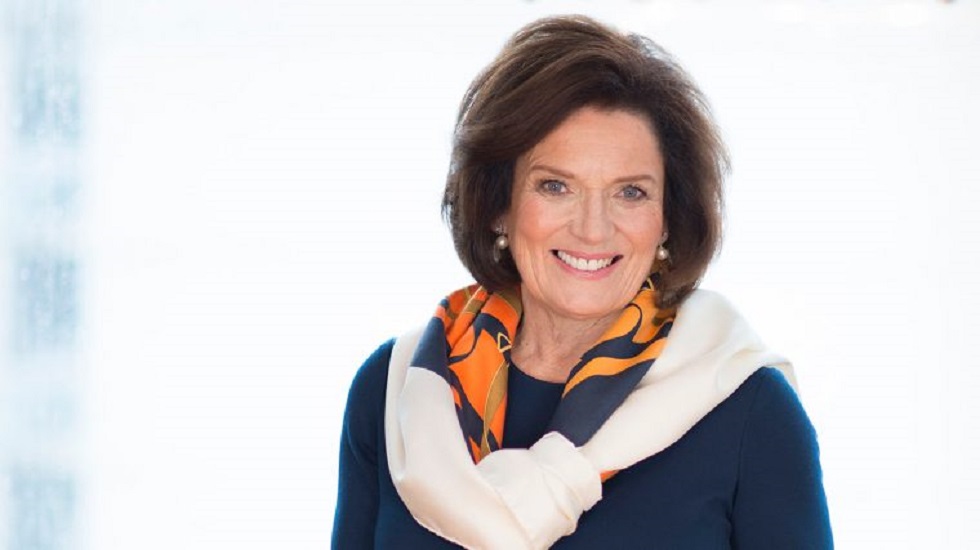 Margaret Trudeau is the first woman in Canadian history to have been both the wife and the mother of a prime minister. The 73 year old is a Canadian author, actress, photographer and former television talk show hostess. As a social advocate for people with bipolar disorder, she is a mental health advocate, bringing her one-woman show to a Toronto stage as part of the Just for Laughs comedy festival. Margaret’s show: Certain Woman of an Age is a candid story of her marriage to Pierre Trudeau and years of untreated bipolar disorder. She discusses reaching her lowest point after losing her son Michel and her former husband within more than two years of each other.

“I had to rebuild myself. I had an intervention. I had the police take me to the hospital finally strapped down because I was so resistant and so ill but I didn’t know it,” she said.

Margaret Trudeau was born in Vancouver, Canada. Many people wonder “who was Margaret Trudeau’s father?” Her father is Scottish-born James Sinclair. Often called Jimmy Sinclair he is known as the former Liberal member of the Parliament of Canada and Minister of Fisheries and Oceans. But it’s her mother’s side that holds a vast majority of history.

Margaret Trudeau’s mother is Doris Kathleen (Bernard) Sinclair. Her grandmother, Rose Edith (Ivens) Bernard had an especially-close relationship with Margaret. Her grandfather was Thomas Kirkpatrick Bernard, who was born in Sulawesi, Indonesia, and immigrated in 1906. Thomas was only 15 years old when he left with his family to Penticton, British Columbia, eventually working as a payroll clerk for Canadian Pacific Railway.

The Bernards family were the descendants of colonists in Singapore, Indonesia, and Malaysia, where an individual named Francis James Bernard, a London, England-born Anglo-Irishman whose great-grandfather was Arthur Bernard, a member of the Irish House of Commons for Bandonbridge, and brother of Francis Bernard, Solicitor-General for Ireland, and ancestor of the Earls of Bandon. Francis James Bernard was the founder of the Singapore Police Force in 1819. Later, the Singapore Chronicle, which was the first newspaper in Singapore, was established with Bernard as owner, publisher, and editor in 1824. He also established Katong, now a densely populated-residential enclave, the first to cultivate a coconut estate there in 1823. Francis married Margaret Trudeau’s 3rd great-grandmother, Esther Farquhar, in 1818, the eldest daughter of Scotsman William Farquhar, a colonial leader in the founding of modern Singapore, by Farquhar’s first wife, Antoinette “Nonio” Clement, daughter of a French father and an ethnic Malaccan mother.

Another great-grandmother, Cornelia Louisa Intveld was married in 1822 to a Royal Navy officer and merchant, William Purvis, from Scotland, and a first cousin of American abolitionist Robert Purvis. Trudeau went to Singapore to explore her mother’s family’s roots during an episode of Who Do You Think You Are?.

During her childhood, the Trudeau’s family moved to a large house in Rockcliffe Park, Ontario, in 1952 after her father was appointed to the Cabinet. Margaret attended Rockcliffe Park Public School although they shifted to North Vancouver after he lost his re-election bid in 1958. So she got moved around and attended Hamilton Junior Secondary School and Delbrook Senior Secondary School in North Vancouver. Margarat went on to graduate in 1969 from Simon Fraser University in Burnaby, British Columbia with a Bachelor of Arts in Sociology.

Margaret Trudeau was the former wife of Canadian Prime Minister Pierre Trudeau when he was the glamour boy of Western politics. And his marriage to beautiful young Margaret fitted perfectly into his political campaign. Pierre was 29 years her senior and served as the country’s prime minister from 1968 to 1979, and then served again from 1980 to 1984. They had 3 sons, one of whom, Justin Trudeau, is the current prime minister of Canada. Her second son, Alexandre Trudeau is a famous documentary filmmaker. her third son Michel Trudeau, unfortunately passed away in a skiing accident in 1998. This makes Margaret the first Canadian woman ever to be the wife of a prime minister, then the mother of one.

But when her marriage went sour, Margaret became the subject of repeated scandals and Pierre found himself in deep trouble fighting for re- election. Margaret Trudeau from her husband, Pierre Trudeau in 1977. Because he won custody of the children and did not pay any spousal support, Margaret faced a hard time earning a living after her marriage.

She would later go on to write about it in her tell-all book: Beyond Reason. She gave many interviews to Canadian and American magazines, and appeared in two motion pictures. Her life is in no shape or form, short of stories and rumours which has lent itself to being a book.

Described as the world’s first ecentric first lady and as a Scarlet woman, Margaret Trudeau was unfaithful to her marriage with the act of a one night stand standing between being married and divorced. Married at the tender age of just 22, Margaret says her pregnancy had a lot to do with why she got married. Changing Pierre Trudeau’s life with the pitter patter of little feat was everything at that point. But according to Margaret Pierre just wanted a wife. This is perhaps why many people blamed Margaret for her husband’s political troubles but she has heatedly denied dragging Pierre down.

As of today, she is married to Ottawa real-estate developer Fried Kemper, with whom she had two children: son Kyle (born 1984); and daughter Alicia (born 1988). They wed in 1984 in the chambers of Judge Hugh Poulin, with her three sons from Pierre Trudeau, attending a civil ceremony.

In 2006, Margaret Trudeau told the world that she has bipolar disorder and advocated for reducing the social-stigma of mental illness, bipolar disorder in particular, with speaking engagements across North America.

In May 2019, she launched the one-woman-show Certain Woman of an Age in Chicago as part of the city’s Wellness Week.  She uses personal examples to bring the audience on her journey. One part of the show lists five reasons why “being in the psychiatric hospital and being the prime minister’s wife are similar,” which drew similar lines with protocol, surveillance and living in a home that isn’t your own.

“There is only a little redecorating and, in the case of the psych ward, you can just put a few little things on your wall and change the colour of your sheets,” she said, joking that 24 Sussex is “a crown jewel of the federal penitentiary system.”

“There are five ways that living in a mental hospital is like living as a first lady at 24 Sussex.  We use the number five quite a bit and I hand out five questions to the audience. It’s interactive. I’m not telling you any of the details, but our choices change our lives. The way we make choices at one point and then make choices at other moments: like, why did I run off with the Rolling Stones?”

The answer Trudeau says, is a symptom of bipolar disorder which made her run away with the Rolling Stones. Trudeau says “someone else in my condition would just run away with someone from the 7-11. But we would run away, that’s the bottom line. I was just in a fancy circle.”

As a mental health advocate, a lot of people have reached out to Margaret Trudeau even celebrities. “I crossed paths with Ron Ellis, a Hall of Fame Toronto Maple Leafs hockey player who talked about his depression, saying he would go in solitude after hockey games and just cry.” Trudeau’s story is so relatable now but it wasn’t the case over 10 years ago.

“Now, so many are talking about it and they have the courage to help so others realize they’re not alone. More of us must tell our story. Everyone who has gone through mental illness and come through the other side must tell their story to others. It gives you hope and the chance to know you’re not going to stay in this gray cloud visiting you again and again. You’ve got it under control. “

But speaking positively about mental illness is something Margaret Trudeau began recently. When speaking about her childhood dreams of becoming an actress, she spoke about playing the role of a happy person.

“I read back in my high school yearbook that I wanted to be a foreign correspondent, but I also wanted to be an actress. I studied in New York at the American Place Theatre for two years. I used my acting skills to hide my true feelings—that’s what we do with mental illness, we put on a mask. Mine was a well-honed mask. I could change in a second from being in the depths of despair to “oh hello!” too easy. Taking off the mask is the difficult part.”

Speaking to Interview Magazine Margaret Trudeau  said that it took her some time to realize that we all have a choice to find beauty in difficulty.

“We can be happy, make fun of ourselves and others and laugh, or we can be deadly, judgmental, and mean spirited to ourselves, which is a part of depression and a part of mental unwell-ness. It takes the brain five years to heal itself after a big trauma, so after the loss of my son—and this is one of the stories in my play—laughter came back into my life in a huge way. I started to find myself filled up with joy instead of sorrow. I recommend laughing. I was always worried and concerned and my doctor asked me, “What do you do before you go to bed?” I said, “I sit down and watch the news.” He told me if I watch the news at 8 a.m., I might be able to do something to change one of those stories. There’s nothing you can do at 8 p.m., so switch to comedy. Laugh. So, I became a late-night laugher, a belly laugh before I sleep because laughing does release you in a way that’s just a gift”.

When asked about her new show which talks about mental illness in a distinct yet funny way she said:

“I’ve always liked comedy and told jokes. I like making people laugh, but I don’t think of myself as a comedian. What I am is a mental health advocate. I’m quite serious about changing people’s minds so that they’ll accept that mental health is an illness like any other. It’s part of our body and mind, it’s part of us. If we don’t seek treatment, we won’t recover. We’ll stay mentally ill forever. Mental illness takes you away from the present. I did this show at Just for Laughs in Montreal, too. Their marquee had, in huge letters, Trevor Noah, and then at the bottom among 20 other names, my name. People couldn’t figure it out, yet everyone in Canada knows who I am. ‘What is she doing at a comedy show?’ My show was terribly successful and sold out. People laughed very hard.”

As an advocate for mental health, Margaret Trudeau sits on the Executive Advisory Board of the UBC Mental Health Institute as a community advocate. She is also an active WE Charity ambassador who has presented to crowds of 20,000+ people at WE Day events globally.

10 Tips To Know Before Shopping at Wayfair Canada