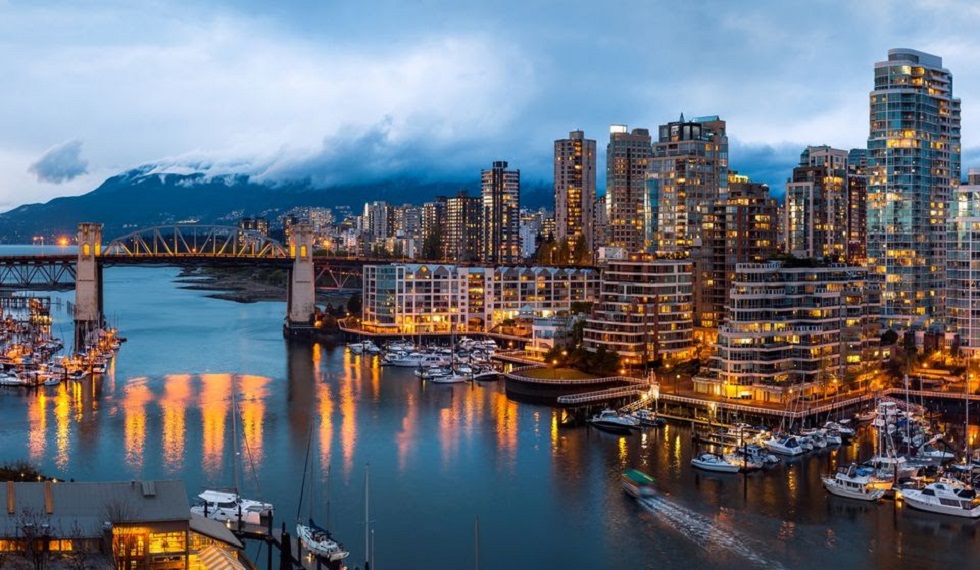 best places to live in canada

Canada is the second largest country in the world by area. However, its population is quite small, considering its vast size, with most of the people living around the coastal regions. With an extremely tolerant and liberal policy towards immigration, Canada is a great place for people looking towards finding a new home in a developed country. The country boasts of a great healthcare system and a formidable economy, offering different types of jobs in different sectors. A large immigrant diaspora makes it easier for immigrants from different places to find a home here. In this post we will look at some of the best places to live in Canada, their cost of living, work opportunities, area, population and culture.

Here are the best places and cities to live in Canada:

Named the fifth best city in the world for expats, Montréal should be at the top of your list if you are thinking of moving to Canada. Expats in this city are especially pleased with the work-life balance and their options for housing, which are both affordable and easy to find. The general opinion is that the quality of life is high.

Expats seem to agree on one drawback of living in Montréal, the climate. The winters in Montréal are brutal. Temperatures plummet to many degrees below freezing and blizzards are frequent. Finding your car covered with a thick layer of snow every morning isn’t unusual. Such brutally cold, windy and snowy winters make Montréal a tough place to adjust for people who have lived in warm places previously. The level of healthcare support in Montréal is also worse than many major Canadian cities.

Housing will take up a big part of your expenses, although the majority of expats still consider it affordable. Exact costs will vary but expect to pay around 1,300 CAD (900 USD) a month for a one-bedroom apartment and 2,000 CAD (1,500 USD) for a three-bedroom apartment in the city center. As with any city’s real estate rates, housing cost goes down significantly as you move away from the center of the city. One bedroom apartments might cost around 800 CAD while three bedroom apartments will cost around 1300 CAD. Utilities would add around 90 CAD (67 USD) to that, plus 45 CAD (33 USD) for internet.

Montréal’s most prominent industries are:

Because of the number of Francophones, English speakers may not find the same job opportunities as French speakers in Montréal. In fact, unlike the rest of Canada, work permits for Quebec require speaking some level of French.

If you are planning on using the public transportation system there, budget for an additional 86.50 CAD (65 USD) a month.

Montréal is the second most populated city in Canada, and the most populated in the province of Quebec. It has an area of 431 km squared (4,639 square miles), and a population of 1.7 million. Despite the city’s relatively small area, it has the second highest number of consulates in North America.

As one of the most bilingual cities in the country, you can get away with speaking both English and French. The official language, however, is French, with the Francophone community making up 65% of the resident population. For that reason, English-speaking expats can sometimes struggle to integrate with the local culture.

However, you will still find the city to be multicultural and home to a growing community of expats. Montréal enjoyed the tag of Canada’s cultural capital for a long time. As a result, the city has a lot to offer in terms of entertainment and leisure options.

It’s the capital of Canada, but not the country’s largest or most populous city. You won’t find it as dynamic as other cities in Canada, but it is still a popular expat destination. You can expect to find plenty of work opportunities, reasonable house prices, a low crime rate, considerable cultural life, and plenty of green spaces for leisurely picnics and bike rides.

The top industries in Ottawa are:

Their technology sector is particularly advanced, making Ottawa one of the main high-tech centers of North America. There are more than 70,000 jobs in this area alone.

Ottawa is the fourth most populated city in Canada, even though it is superior in size to Toronto, Montréal, Vancouver, and Calgary combined. This city, located in the province of Ontario, has a population of 934,000 in an area of 2,790 km squared (30,031 square miles).

Compared to Montréal, Toronto, or Vancouver, Ottawa may not seem as vibrant or trendy, but you will certainly not find it boring. You can enjoy an active city and nightlife, with plenty of restaurants, galleries, theatres, and museums to choose from. The city’s numerous parks offer plenty of opportunities to enjoy the outdoors.

Calgary is sometimes known as being the most “American” of Canadian cities, given its cowboy character, conservative leanings, and social policies. The city’s diaspora is quite homogenous and compared to multicultural havens like Vancouver and Toronto, Calgary lacks diversity. Off late, the city has started working towards discarding this image.

This Canadian city offers plenty of outdoor adventures and activities, along with many arts and cultural destinations. With a bonus of an extremely low crime rate, low sales taxes, and a good transportation system, it is no wonder expats flock to this top metropolis.

Highly skilled expats should not struggle to find employment in this Canadian city. Expats should look for openings in the following trades:

Expats will find an abundance of art, food, fashion, film, festivals, literary events, and cultural celebrations throughout the year.

Vancouver is one of the best and most popular destinations for expats due to its natural beauty and culture. It is surrounded by not only breathtaking mountains, but the vast and expansive Pacific Ocean as well. It is an excellent place for skiing, snowboarding, surfing, whale watching, and other outdoor activities.

This city ranks high in healthcare, education, culture, and the environment. It is one of the most multicultural cities in Canada, making it an ideal spot for expats from all countries to integrate. Nearly 50% of the population speaks a language other than English.

A monthly transport pass in Vancouver costs between 75 and 95 CAD (57–72 USD). For an hour long taxi ride, you can expect to be charged 34 CAD (25 USD). A standard phone and data plan will set you back by about 75 CAD (57 USD) per month. Finally, for groceries and household items, you will end up spending around 315 CAD (238 USD) monthly.

If you are eating in a restaurant, you are expected to tip (quite like the US). It is expected that you leave a tip that is between 15 and 20% of the bill.

Vancouver ranks high among expats due to its strong economy, making it a prime spot for those looking for employment opportunities. A lot of today’s famous TV shows and movies are filmed in Vancouver because of tax breaks. Expats searching for a job can explore openings in the following industries:

Vancouver has an area of 115 km squared with a population of 675,218 habitants. It is located in the province of British Columbia on the West Coast. The tiny area results in an extremely high population density (especially compared to other Canadian cities).

Located on Canada’s West Coast, Vancouver is very tolerant and diverse. It is a great place for immigrants to live. People are amicable with one another. The city also boasts a significantly large LGBTQ community. Vancouver is home to one of the largest gay pride parades in the country. It is important to note that marijuana is also a large part of the lifestyle in this city. The recreational drug is legal in Canada.

Just like its multicultural cousin Vancouver on the West Coast, Toronto is also extremely diverse and tolerant, making it a haven for immigrants. There is a significant international community in Toronto. Almost half of its residents weren’t born in Canada. As per a recent survey, Canada’s most ethnically diverse city has people from over 200 nationalities.

Education in Toronto is also quite expensive. If you wish to enrol your child in an international school, you can expect to pay an average of 1,977 CAD (1,476 USD) per month in tuition fees.

There are plenty of job opportunities for expats in this city. The best sectors in which to look for employment are:

Toronto has an area of 630.2 km squared and a population of 2.93 million. This is the largest city in Canada and is found in the province of Ontario.

Toronto’s influx of immigrants has undoubtedly influenced the city’s assorted culture and even its cuisine. The city can be described as a business-minded, conscientious, socially progressive, and pluralistic metropolitan. There are many museums, cultural activities, festivals, and sports events throughout the year. The city is the home of the 2019 NBA Champions, Toronto Raptors.

Soccer Trips Around the World: Where to Go and What to Do

What Do Pilgrims Do When They Get to Mecca?