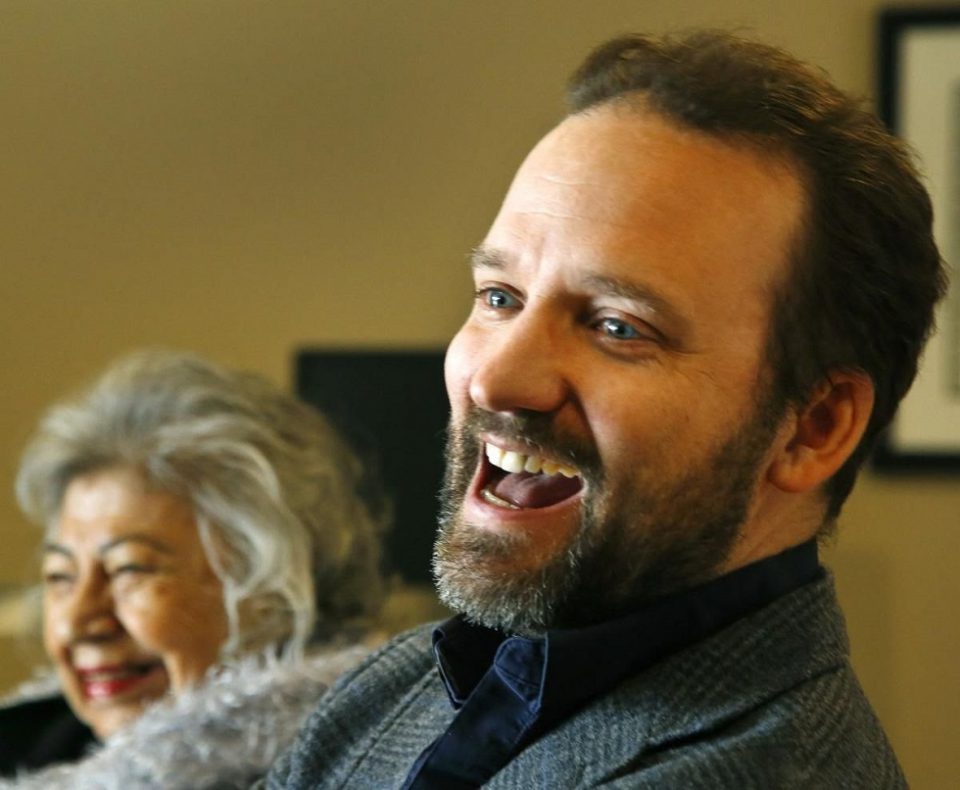 Alexandre Trudeau: All You Need to Know

When was Alexandre Trudeau born?

Alexandre Trudeau was born on December 25, 1973. He is the younger one among the 2 Christmas babies of Pierre Trudeau and Margaret Trudeau, exactly two years younger than Justin Trudeau. Margaret Trudeau went into labour during the 1973 Christmas midnight mass at Mount Carmel Roman Catholic Church and was immediately rushed to the Ottawa Civic Hospital.

Who are Alexandre Trudeau’s brothers?

Alexandre Trudeau shares a birthday together with his eldest brother, Justin (born on December 25th, 1971). His mother struggled with severe postpartum depression after his birth, and was later diagnosed with manic depression. Alexandre Trudeau’s father was a big admirer of Russian literature and culture and hence he gave Alexandre the nickname ‘Sasha’, which is the Russian diminutive of Alexander. The name is also linked to former ambassador of the USSR to Canada and family friend Alexander Yakovlev. Michel Trudeau, the youngest of the Trudeau siblings was born in 1975. All the Trudeau siblings were media sensations right from their time of birth.

Margaret Trudeau spoke about her sons’ distinct personalities during an interview in 1977. She said: “Justin, 6, may be a prince – a really good little boy. Sacha, born Christmas , 1973, may be a little bit of a revolutionary, very determined and powerful willed. Miche (Michel) may be a happy, well-adjusted child, who combined the simplest traits of both brothers.” The three brothers grew up in Canada’s capital, Ottawa.

When did Pierre Trudeau and Margaret Trudeau divorce?

His parents announced they might separate in 1977; his mother, unbeknownst to the general public, then lived in an attic suite within the Prime Minister’s official residence at 24 Sussex Drive in Ottawa for three straight years. This was done to make the adjustment easier on the youngsters. The divorce was officially finalized on April 2, 1984 and the Trudeau siblings attended the civil ceremony during which Margaret Trudeau married Fred Kemper, an Ottawa based land developer. The event was held on April 18,1984. The Trudeau siblings welcomed their half brother Kyle Kemper in 1984 and half sister Alicia Kemper in 1988. Pierre and Margaret Trudeau tried their very best to guard their children from the general public eye, and following Pierre Trudeau’s retirement as Prime Minister in 1984, he raised them in relative privacy in Montreal. In 1992, Alexandre Trudeau welcomed another half sister Sarah Coyne. She was born as a result of the relationship between Pierre Trudeau and Deborah Coyne, a Canadian politician.

Where did Alexandre Trudeau study?

Like his father and brothers, Alexandre Trudeau studied at school Jean-de-Brébeuf. He graduated with a philosophy degree from McGill University in 1997. While attending McGill, he joined the Canadian Forces as a Reserve Entry Scheme Officer with the Royal Canadian Hussars reserve regiment in 1996. He trained at CFB Gagetown, New Brunswick and was commissioned as a lieutenant, but released voluntarily before completing his training as an armoured officer. Following graduation, he traveled to West Africa to create his first documentary: Liberia, the key War (1998).

How did Alexandre Trudeau’s brother die?

The same year the documentary was filmed, Alexandre Trudeau’s younger brother Michel died in an avalanche. He drowned in British Columbia’s Kokanee Lake after being pushed inside it by the avalanche.

How did Pierre Trudeau die?

Pierre Trudeau, former prime minister of Canada, father of Justin and Alexandre Trudeau and former husband of Margaret Trudeau, died because of prostate cancer on September 28, 2000, just 20 days before his 81st birthday.

What happened after Pierre Trudeau’s death?

When Pierre Trudeau died in 2000, both his surviving sons returned to the general public eye. Although Alexandre Trudeau was visibly more reserved and quieter than his brother, his heightened public profile brought new attention to his work as a journalist. After Pierre Trudeau’s death, Alexandre continued to reside in his father’s Art Deco style house in Montreal. His sister-in-law Sophie explained that he had a stronger emotional attachment to the house.

Post his father’s death, Alexandre Trudeau produced a lot of documentaries which were broadcast on Canadian television. During the 2003 US led invasion of Iraq, Alexandre Trudeau was one of the most well known journalists covering the situation in Baghdad and other parts of Iraq. He went on to produce a documentary for CTV’s W5 program. It was titled Embedded in Baghdad. In 2004, Alexandre Trudeau released The Fence. The film was shot in Afula, Israel and Jenin of the Palestinian territories. The film focused on displaying the life and mentality of the people on both sides of the Israeli-built security barrier round the West Bank .

In June 2005, Trudeau focused attention on what he said were the implications for civil liberties within the Canadian government’s use of security certificates to detain indefinitely, without trial, suspected terrorists supported by secret evidence. Trudeau offered to stand on behalf of  Hassan Almrei, a Syrian refugee held inside a Canadian jail for four years without any charges. When Alexandre Trudeau appeared in court in support of Almrei, it led to a media storm in Canada with the Toronto Star and the National Post publishing it on the first page. A documentary called Secure Freedom chronicled all of Alexandre Trudeau’s efforts in this matter.

Almrei was ordered to be released under confinement by a court judge on January 2, 2009. On December 14, 2009, Almrei was released to complete freedom.

Known for his staunchly anti-imperialist views,Trudeau attracted controversy in August 2006 for a piece of writing he penned praising Fidel Castro’s Cuba.

Alexandre Trudeau covered the humanitarian crisis prevailing in Africa’s Darfur region and eastern Chad with his documentary Refuge. It was released in 2008.

Alexandre Trudeau also produced The New Great Game in 2012. The film was focused around the maritime geopolitics of the Middle-East and Western Indian Ocean. It was broadcast by the Canadian Broadcasting Corporation.

Alexandre Trudeau serves as the President and Chief Producer of Jujufilms.

He’s a director of the Pierre Elliott Trudeau Foundation for excellence in social sciences and humanities research and innovation.

Does Justin Trudeau have a brother?

Where does Trudeau’s brother live?

Justin Trudeau’s younger brother Alexandre Trudeau is far more reclusive than his famous elder brother. His heightened celebrity status made his work as a documentary filmmaker more popular. Since his father Pierre Trudeau’s death in 2000, Alexandre Trudeau has stayed in his Art Deco home in Montreal.

What is Alexandre Trudeau’s net worth?

Alexandre Trudeau’s net worth is estimated to be between $1 million to $5 million. He has earned most of his money through his work as a documentary filmmaker.

Who is Alexandre Trudeau married to?

How many children does Alexandre Trudeau have?

So that was a brief snapshot of famous Canadian documentary maker, Alexandre Trudeau. He is the son of Canada’s former Prime Minister Pierre Trudeau and the younger brother of Canada’s current and youngest Prime Minister, Justin Trudeau. Even though he has had a heightened public status because of his family name since birth, Alexandre Trudeau has managed to stay relatively reclusive and focus on his journalism and documentary making career.