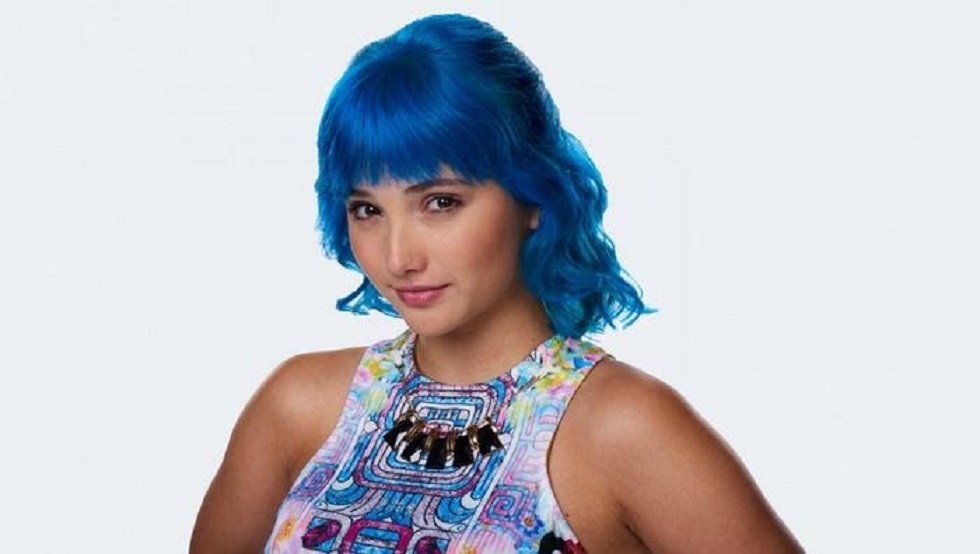 Amanda is a budding star and at 22, has already had quite the career resume!  Her career which began in 2014 shows no signs of slowing down. Her 2020 release, Do Not Reply is just another indication of more roles in her future. She is also a major influencer on social media!

Who is Amanda Arcuri?

Amanda Arcuri is a Canadian-born actor, who is part Argentinean and part Italian. Despite being a relative newcomer in the industry, she has been able to garner worldwide recognition, primarily because of her role in Degrassi: The Next Generation( 2016) and Degrassi: Next Class, Party of Five (2020) and Do Not Reply (2019).

Amanda Arcuri who’s full name is Amanda Antonella Arcuri was born on October 21, 1997, in Toronto, Ontario, Canada. A city with a gorgeous skyline. She is of Argentinean and Italian descent.

Inspired by her favorite shows Doctor Who, Orange Is the New Black, and Buffy the Vampire Slayer, among others, Amanda discovered her passion for acting at a very young age. Amanda Arcuri studied at the Armstrong Acting Studios in 2015. In Degrassi: The Next Generation, her portrayal of the bubbly, boy-crazy cheerleader senior at the Degrassi Community School earned her widespread acclaim and a lot of media recognition. Amanda Arcuri also reprised her role in Degrassi: Next Class.

Amanda Arcuri was also part of numerous TV shorts and a TV movie based on the teen drama franchise. The actress played Lola in the TV short, Degrassi: Minis, and the TV movie, Degrassi: Don’t Look Back. Aside from being a featured cast member of the Degrassi universe, Amanda Arcuri  has also had other roles where she played Sara Rosen in the short movie, Grayscale. Amanda Arcuri also played Sophie Killer in the first season of the sci-fi-action-drama series, Played.

Her other notable TV appearances include the fantasy-comedy-drama series: “Good Witch” where she plays a character called Rosa Valencia. She also played Taylor in the episode titled “The Client” of the crime-drama series, Ransom. She has also appeared as Camilla Donovan in the mystery-crime-drama, Hudson & Rex.

How old is Amanda Arcuri?

Amanda Arcuri is a newcomer in the industry, debuting her acting career in 2014. The 22 years old is a budding actor with 12 acting credits already assigned to her name to date. Nonetheless, her stunning good-looks, on-screen presence, and charming hair colours have turned many people’s heads. As of 2019, Amanda’s net worth is estimated to be about $600k.

Amanda Arcuri became the New Jennifer Love Hewitt in the reboot.  If you’re from Canada you may recognize Arcuri from her Degrassi days as Lola Pacini. In the original Party of Five Jennifer Love-Hewitt became a household name thanks to the same role. Amanda Arcuri certainly matches her beauty, talent, and charisma. Moreover, she’s cast to represent inclusion so that kids today can see a Latin American sweetheart which rewrites the rules of what’s normal, what’s American, and what’s desirable.

What is Party of Five?

Party of Five premiered on January 8, 2020, and its first season will consist of 10 episodes.

This American teen television series was created for Freeform by Amy Lippman and Christopher Keyser, based on the 1994 Fox series of the same name.

Party of Five stars Brandon Larracuente, Emily Tosta, Niko Guardado, and Elle Paris Legaspi as four of the five Acosta children who must navigate daily struggles after their parents are deported back to Mexico. During September 2017, directors Lippman and Keyser were creating a reboot of their television series Party of Five. In October 2018, Party of Five was officially ordered by Freeform in February 2019.

In rebooting their 1994 teen drama “Party of Five,”  they twisted their original concept to fit a scenario that is top of mind in 2020. The first show, on the other hand, followed five siblings learning to live after both their parents die in a car accident. Once they’re deported to Mexico, their children Emilio (Brandon Larracuente), Lucia (Emily Tosta), Beto (Niko Guardado), Valentina (Elle Paris Legaspi), and baby Rafa have to grapple with the realities of raising each other, as well as their own heartbreak, now that their parents can’t.

The pilot offers a whole lot of plot in very little time. Party of Five is earnest and empathetic, taking immense care to create unique relationships between each of the siblings to sell the immense story sitting on their shoulders. This involves characters outside the family that are less successful, as with Beto and Emilio’s macho posturing over appealing restaurant hostess Vanessa (Amanda Arcuri) or Lucia taking interest in helping a homeless teenager whether he likes it or not.

Amanda Arcuri has to dye her hair all the time for her TV shows and you can take inspiration from her for your next hair appointment!

This is the hair she wore in season 3 in Degrassi.

This is her hair from filming season 3 of DNC.

During the filming of season 4, her hair was way more bolder in this season.

Amanda Arcuri’s Acting in Do Not Reply

Teens and young children mix dangerously with technological advances as they’re both the most tech savvy and at the same time the most naive.

So it’s important that movies such as Do Not Reply offers a glimpse into the dangers of it all, revealing the foolishness of youth and the fetishization of perversion. Actress Amanda Arcuri plays the role of Chelsea, a high-schooler who can’t help but feel lesser than her peers. Chelsea’s sister is a popular cheerleader, and her best friend already has a boyfriend!

Chelsea discovers a guy named Brad played by actor Jackson Rathbone in a similar position, though, who she “meets” through social media. These two hit it off and  she shares some pics of her in her sister’s cheerleader outfit and finally arranges to meet at a Halloween costume party. But this is where he drugs her, takes her back to his suburban lair, and forces her to role play as his sexy sister Sadie. And she’s not the only one! Scary.

You can see how this show is mind opening to young adults and teenagers who find it awkward to sit through sexual abuse classes, or those that cannot open up to their parents can atleast discuss with their peers. The writers and directors Daniel & Walter Woltosz showcased Do Not Reply with their best foot forward as Chelsea’s life and frustrations feel real, and her easy slip into the grip of a psychopath is equally believable.

The plot gets even scarier as the area where she awakens is equally tangible with its gaudy suburban interior sealed off from the outside world through locks, boarded windows, and strict rules. As the captor’s routine grows tiresome and Chelsea neglects to even attempt resistance. After she’s captured she is quickly followed by an introduction to two other girls already in Brad’s custody (played by actor Jackson Rathbone). They fill her in on the captor’s rules and all answer to Sadie, their real names are not to be spoken, they have to wear their cheerleader outfits outside of their rooms, etc. They also need to be blonde, but Chelsea’s a brunette, so one of the girls dyes her hair blond. Except she doesn’t actually for whatever reason, and instead Amanda Arcuri is saddled with a horrible wig that makes us uncomfortable exactly in line with the story of this movie! And it’s all acting, so she doesn’t need to hire a personal injury lawyer for it.

Amanda Arcuri’s performance convinces us of her loneliness and pain, as Chelsea begins formulating a plan later in the film where you can see the focus and determination wear across her face.

Where To Invest Money In Canada: Best Investment Options in the Country