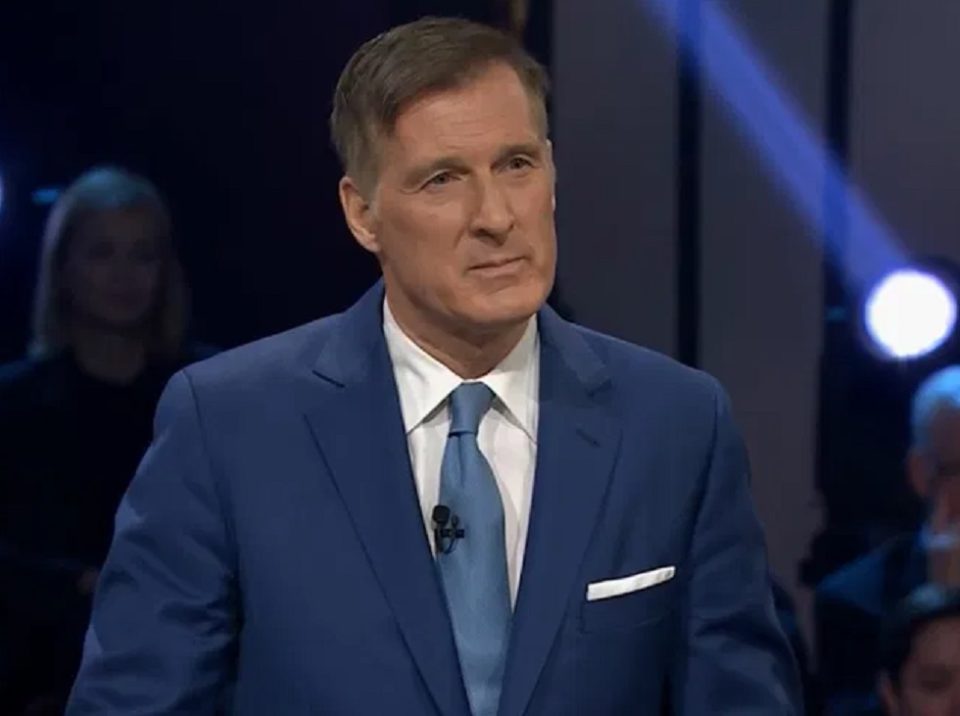 Canadian businessman, lawyer and politician, Maxime Bernier served as a cabinet minister of Prime Minister Stephen Harper. He was also cabinet minister as Member of Parliament (MP) for Beauce From 2006 to 2019. In 2018, Maxime Bernier became the founder and current leader of the People’s Party of Canada (PPC). Here are 8 things about the man that people find interesting:

Maxime Bernier: 8 Facts About The Lawyer and Politician

Maxime Bernier came into this world on January 18, 1963, in St-Georges-de-Beauce.

The future politician was born in Saint-Georges, Quebec, the son of Doris (Rodrigue) and Gilles Bernier, a well known radio host, who represented the riding of Beauce from 1984 to 1997, first as a Progressive Conservative and then as an independent.

During an interview with John Geddes in 2010, Bernier states he respects his father as a Mulroney-era politician, but tries not to emulate his style. The future politician has stated that his views were shaped from his upbringing in Beauce to his life experiences. He is the second oldest child and has two sisters, Brigitte and Caroline, and a brother, Gilles Jr. In his teens, During this youth, Maxime played football as a member of the Condors, the team of the Séminaire St-Georges, that won the Bol d’Or in 1980 at the Olympic Stadium.

He is the father of two girls:

Since 2010, the Canadian businessman, lawyer and politician has been in a relationship with Catherine Letarte. She is a National Ballet School-trained ballerina, who worked for a women’s shelter. Maxime’s wife runs a community centre for adults living with mental health issues. The couple was recently married in the summer of 2019.

Not only is he a lawyer and politician, but he is also a dedicated and experienced runner and has participated in several marathons.

A tough and determined competitor, Maxime once ran 106 km across his constituency, completing the run in 13 hours and raising $165,000 for the Beauce food bank.

In 1985, Maxime Bernier graduated with a Bachelor of Commerce degree from the Université du Québec à Montréal and entered Law at the University of Ottawa. He was called to the Quebec Bar in 1990 – this is a position he still currently holds according to Wikipedia.

Maxime Bernier has a long-standing passion for business and during his career worked for several financial and banking institutions prior to becoming Executive Vice-President of the Montreal Economic Institute in 2005.

For 19 years, Bernier was seriously pursuing a career in law, several financial and banking fields, such as working as a lawyer at McCarthy Tétrault, climbing the ladder to become a branch manager at the National Bank, the office of the Securities Commission of Québec as Director of Corporate and International Relations, an adviser (handling fiscal reform) from 1996 to 1998 in the office of Bernard Landry—Quebec’s finance minister and Deputy Premier of Quebec at the time—and Standard Life of Canada as the Vice-President of Corporate Affairs and Communication. Maxime also worked as Executive Vice-President of the Montreal Economic Institute, a Quebec free-market think tank, where he authored a book on tax reform.

According to his own biography, individuals in the region encouraged him to enter politics. Maxime then took up the challenge and was elected Member of Parliament for Beauce on January 23, 2006, with the largest majority outside Alberta. In a month, Maxime was appointed to Cabinet on February 6, 2006, as Minister of Industry.

Maxime Bernier’s success in deregulating major portions of the telecommunications sector prompted the chair of the Political Science department at McGill University, Professor Richard J. Schultz, to write, “In terms of what is perhaps the single most important component of his Industry portfolio, telecommunications, he was without challenge the best Industry Minister in thirty years.”

He was re-elected to represent Beauce on October 14, 2008, again receiving the largest majority of all MPs in Quebec.

Re-elected on May 2, 2011, he was appointed Minister of State for Small Business and Tourism.

Maxime Bernier was re-elected a fourth time in November, 2015, receiving more than 59% of the vote.

Formation of People’s Party of Canada:

On August 23, 2018, Bernier announced that he was leaving the Conservative Party with the intention of founding a new political party. He held a press conference at which he declared that the Conservative Party was “too intellectually and morally corrupt to be reformed”, and was afraid to address important issues or articulate a coherent philosophy.

Bernier’s departure was criticized by former Conservative Prime Ministers Stephen Harper and Brian Mulroney. Harper suggested that Bernier was a sore loser, while Mulroney said that Bernier’s creation of a new party would split the vote and make it more likely that Trudeau’s Liberals would win the 2019 election. Conversely, Bernier’s decision was praised as courageous by columnist Christie Blatchford. In a National Post op-ed, Bernier stated that his establishment of a new party aimed to reverse what he called a “public choice dynamic” in Canadian politics, that led to vote-buying and “pandering” by the main political parties.

On September 14, 2018, Bernier announced the creation of the People’s Party of Canada, saying the party would advocate for “smart populism”, which Bernier defined as policies based on principles of freedom, responsibility, fairness, and respect. Bernier positioned the People’s Party to the right of the Conservative Party; the party has been variously described as conservative, libertarian, right-wing populist, classical liberal, far-right, and alt-right. In December 2018, some of its founding members were shown to have ties to American white nationalist and anti-immigrant groups. The party later told Le Devoir that they did not have enough resources to vet them at the beginning of the PPC’s formation.

Bernier announced his intention to run in either the Toronto Centre or York Centre by-elections, when those seats became vacant due to the resignations of Finance Minister Bill Morneau and Liberal MP Michael Levitt over the summer of 2020.

He subsequently confirmed his candidacy in the suburban Toronto riding of York Centre shortly after the date of the October 26, 2020 by-election was announced.

How to brand your business on a small budget