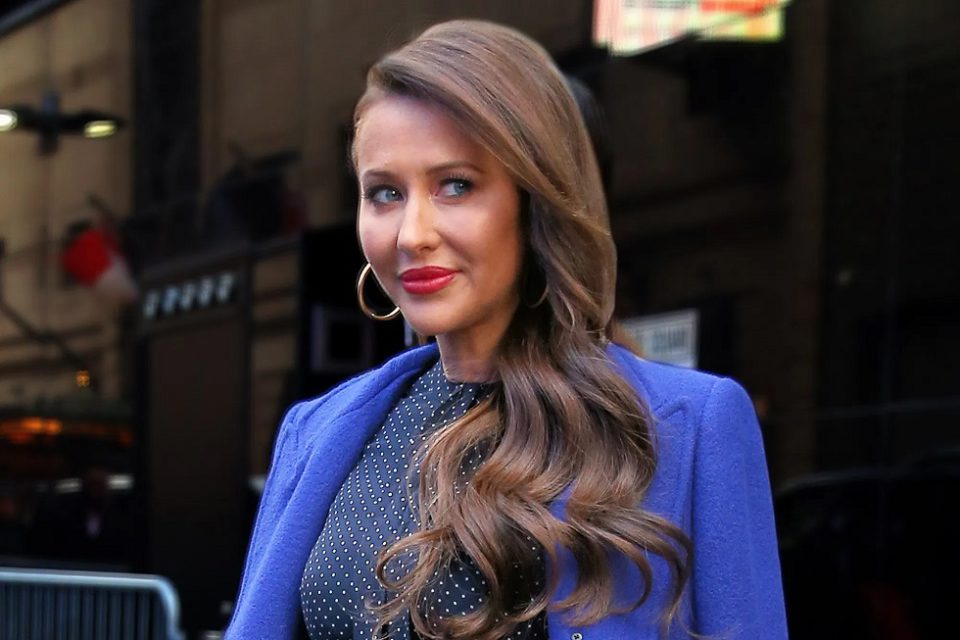 Jessica Mulroney is the Canadian fashion guru and marketing consultant, noted for her previous work with Kleinfeld Bridal (The Bay). She has also done guest appearances on television shows Good Morning America and CityLine, and was the host of I Do, Redo. She is the Canadian style advocate and contributor to Sunwing’s Wedding Vacations magazine. Recently her career has gone under the scrutiny of PR gone wrong when she tried to defend her disagreement on Black Lives Matter.

She is a descendant of the founders of Browns Shoes:

Mulroney was born Jessica Brownstein, the daughter of Veronica née Coleman (her mother’s name before marriage) and Stephen Brownstein, and her brother is Harvard professor John Brownstein. Born in the 80s, in Montreal, her maiden name is Brownstein. The fashion guru was born into “Canada’s Browns shoes dynasty” which is worth a reported $71 million. Jessica Mulroneyalso “attended an exclusive all-girls’ school, before attending McGill University, where she studied industrial relations and economics.”

She is BBFs with Markle:

She may not be BFFs with Meghan Markle after her latest black lash:

I’ve been silent. Not anymore!⁣ ⁣ I’m used to being so transparent on this platform. I think it’s the main reason why most of you follow me. Today, I’m opening up about something that has been haunting me for the last week. I have felt like a complete fraud fighting for racial equality and using my voice openly here, while letting a white woman silence mine behind closed doors. In sharing this very personal story, I know that I am risking a lot. Opening myself up to criticism, bullying and potential ramifications with my job in this space. However, I must speak my truth. Enough is enough. Hopefully my voice will be heard by many and help change things for the next generation and for my daughter Maxwell… because I will be dammed if my child ever has to deal with this level of ignorance.

On June 10, 2020, Mulroney became the centre of controversy after Sasha Exeter, a black brand marketer/lifestyle influencer from Toronto, posted a video on Instagram stating that Mulroney had bullied and threatened to sue her. The black influencer  evealed that Mulroney had reacted badly to a call she posted on social media encouraging her fellow influencers to use their platforms to support the Black Lives Matter movement.

Following Mulroney’s public feud with Sasha Exeter, Exeter revealed that Mulroney had threatened to discourage her contacts in the industry from working with Exeter. Mulroney publicly apologized for the incident, which she characterized as a “disagreement,” and at one point while defending herself, seemed to allude to her friendship with Meghan, who has been the target of racism, particularly since joining the royal family.

After Exeter’s video gained significant attention, Mulroney lost her contracts with Hudson’s Bay, ABC, Cityline and CTV’ reality series, I Do Redo, was cancelled and news broke that she would no longer appear as a contributor on Good Morning America either.

Mulroney has since announced her decision to step back from public life and to use this situation as an opportunity to reflect and grow, but before her decision to fully take a break from social media, she issued a series of explanations and apologies, including a public comment on Exeter’s video that seemed to allude to her highly-publicized, longtime friendship with Meghan Markle.

“As I told you privately, I have lived a very public and personal experience with my closest friend where race was front and centre,” she wrote. “It was deeply educational. I learned a lot from that.”

Later husband Ben Mulroney stepped back from his job as a commentator on entertainment news show etalk, and the two were reportedly lying low in the aftermath. The dust had just started to settle, but her agents’ overtures might be a sign that she’s not interested in waiting out the controversy.

A PR stunt from her agents:

According to the Sun, Mulroney’s agents are taking meetings in Hollywood, looking for new opportunities, but they’re afraid that without Meghan, her career will never come back.

“She is losing so much work from brands who loved her connection to Meghan in the past but now feels she has become toxic,” one insider told the magazine. “All it would take is for Meghan to go out on a shopping trip with Jessica to show she still has her support. But the clear indication is that there’s not going to be any show of support like that.”

The insider believes that Meghan’s response was opportunistic. “It’s a brutal blow after a ten-year friendship. Jessica has been there for Meghan through thick and thin,” they added. “Meghan has forsaken her most loyal friend just to look woke.”

It wouldn’t come as a shock to anyone that since the incident it was suggested that Meghan plans to distance herself from Mulroney, at least for the time being. A source close to the situation told The Sun that Mulroney is now worried that the friendship is really over.

“They had barely spoken and Jess agreed her husband Ben could confiscate her phone because she needed a break away from technology,” the source said. “She was then really concerned when she didn’t hear anything from Meghan on [her daughter] Ivy’s birthday and is worried the friendship is now over for good, she’s been very upset about this whole situation.”

But even the insider who spoke to the Sun had to admit that some of Mulroney’s wounds were self-inflicted. “She was stupid and tone deaf,” they said, “but she’s definitely not racist.”

Mulroney is a successful stylist in Canada:

Jessica Mulroney started her career as a stylist at the bridal salon Kleinfeld. She became a bridal consultant for the Hudson’s Bay Company (Kleinfeld branch), which later expanded to include consulting, PR, social media, events, and serving as the acting spokesperson for their CORE Life brand, which launched in fall 2018.  Mulrone made appearances on Breakfast Television Toronto and was a regular guest stylist for CityLine. In 2019, ABC signed Mulroney as a style contributor.

After this she was able to work her way into styling several Canadian celebrities, including Sophie Gregoire-Trudeau ahead of Justin Trudeau’s inauguration.

Meghan Markle was based in Toronto for seven years during her time starring on Suits, which is how she became such good friends with the stylist. Infact, In 2015, Mulroney assisted Meghan Markle in choosing a wedding dress for Markle’s Suits character, Rachel Zane.

Four years later, she styled Mindy Kaling for a number of appearances, including the Oscars red carpet. She was also a stylist for Shania Twain.

Mulroney hosted the 2020 reality series I Do, Redo for CTV, in which couples renewed their wedding vows. She is also a regular contributor for Wedding Magazine (Sunwing).

Mulroney is a noted advocate for the Canadian fashion industry. And according to the Daily Mail, Mulroney is apparently regarded as the “Gwyneth Paltrow of Toronto.”

In addition to this, the 37-year-old has had a long career in public relations and fashion design. She is also the co-founder of the Shoebox Project, a non-profit organization. Mulroney and sisters-in-laws Caroline, Katy and Vanessa Mulroney co-founded the said charity for Shelters to assist homeless/at-risk women. In 2020 after controversy following her harassment of Sasha Exeter, Mulroney stepped down from her involvement in the project.

She may be the reason why Harry and Meghan relocated to Canada with Archie:

“Harry has become close with all of Meghan’s closest friends,”  a source stated to  E News.

“When Harry first started going to Toronto to visit Meghan, it was Ben and Jessica who had them over at their house for dinners because it wasn’t easy for them to go out in public without the risk of getting spotted,” the source added.

“Harry’s become close with their children Brian, John and Ivy. Ivy especially is a big fan. She, of course, has no idea that he’s a prince though—he’s just auntie Meghan’s special friend Harry, who sometimes comes over with fun presents!”

According to a royal biography Harry: Life, Loss, and Love, author Katie Nicholl describes this further. “When Harry came to visit the [Mulroney] family he brought a bag filled with gifts. He won the kids over in an instant. He was brilliant with them and I think what swung it for Meghan was how good Harry was with them,” a source told Nicholl in the book. “I actually think that might have been the moment Meghan really fell for Harry. He got to know the Mulroneys quite well, and they liked Harry from the beginning.”

Jessica Mulroney tied the knot to Ben Mulroney, a TV presenter and broadcaster, who happens to be the son of the former Canadian Prime Minister, Brian Mulroney, so he’s likely to feel some of the pressures Prince Harry faces as a public, governmental face. The duo have three children: identical twins, Brian Gerald Alexander Mulroney and John Benedict Dimitri Mulroney (who were born August 12, 2010), and daughter Isabel Veronica Mulroney, known as “Ivy” (born June 12, 2013).

Their daughter Ivy was a flower girl at the royal wedding, alongside Princess Charlotte. Mulroney also has two sons who are her 7-year-old twins. Brian and John were the two adorable page boys.

Upcoming World Tour of Celine Dion Courage, Biography, her family, her Work Ethics, and some surprising facts about her.

Where To Buy Plus Size Clothing In Canada