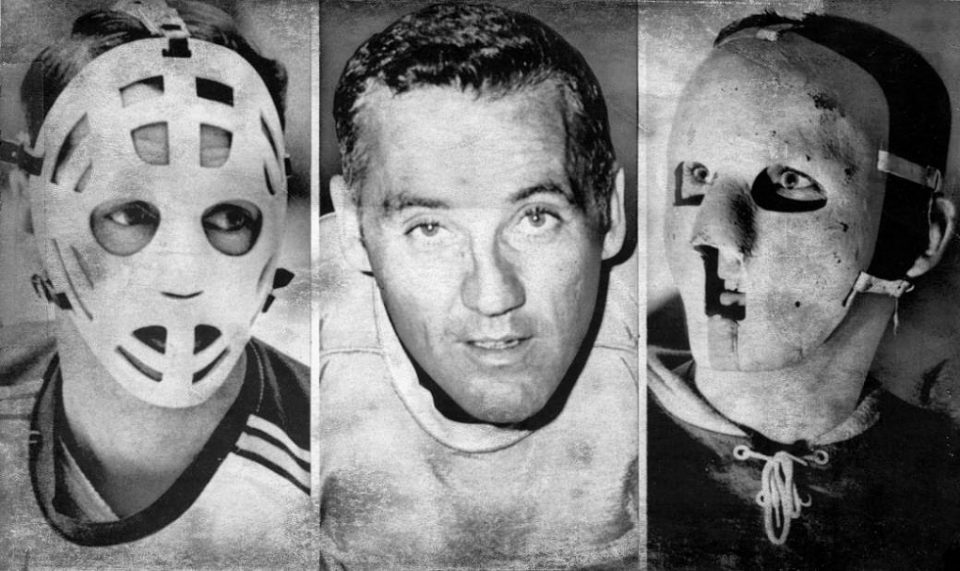 Jacques Plante in Shawinigan Falls, Quebec, was the first modern N.H.L. goaltender to wear a face mask, which is now standard equipment. Plante was also one of the first hockey goalies to roam away from the goal. When he created a practical mask in 1959, Plante’s mask was a piece of fiberglass that was contoured to his face. This mask later evolved into the current helmet-cage combination, and single piece full fiberglass mask, that we know today. Jacques Plante was a legendary figure from the inception of Hockey Night in Canada.

He played 18 seasons in the N.H.L., with the Montreal Canadiens, the Rangers, the St. Louis Blues, the Toronto Maple Leafs and the Boston Bruins before retiring in 1974. He placed fourth on the league’s career shutout list with 82 in 837 games and had a career goals-against average of 2.37. In 112 playoff games. Plante also had 14 shutouts and a 2.16 goals-against average.

When did Jacques Plante wear a mask?

It was not until 1959 that a goalie wore a mask full-time during a full match. Plante played for the Blues in 1968-70, sharing goal duties for the team with another Hall of Famer, Glenn Hall. It was with St. Louis that he won his seventh Vezina Trophy as the league’s best goalie, in 1969.

On Nov. 1, 1959, he became the first goalie in NHL history to play a game in a mask, wearing a device he had used for protection in practice. He was also credited with being one of the first goalies to roam away from the net.

Why did Jacques Plante wear a mask?

Although Plante had used his mask in practice since 1956 after missing 13 games because of a sinusitis operation, head coach Toe Blake was afraid it would impair his vision and would not allow him to wear it during any game. He was allowed to wear it during practice though.

On November 1, 1959, Canadiens goaltender Jacques Plante was struck in the face by a shot from Andy Bathgate.

This was during  a game between the Montreal Canadiens and New York Rangers of the National Hockey League (NHL) at Madison Square Garden. Eventually, when Plante was hit by the puck and bled profusely, he convinced the head coach that a mask was needed. The rudimentary form of the Goalie mask was born and it shocked the crowd immediately.

How many stitches did Jacques Plante get?

During a game against the Rangers in 1959, Plante required 21 stitches to close a cut on his face caused by a slap shot by Andy Bathgate. ”It nearly ripped my nose off,” Plante recalled a few years later. ”We carried only one goaltender, so I got stitched up and came out with a mask.”

What goalie has the most Stanley Cup rings?

In the coming years, he would get traded after playing in Montreal. He moved to the New York Rangers, St. Louis Blues, Toronto Maple Leafs, and the Boston Bruins. All through his career he had an outstanding 2.34 goals-against average in 837 games and recorded 82 shutouts.

The highlight of his career was the 10 seasons he played with Montreal, from 1953 to 1963, when he helped the Canadiens to five consecutive Stanley Cup championships. Jacques Plante was an all-star goalie seven times, and on seven occasions won many awards one of which is the Vezina Trophy, credited to the goaltender allowing the fewest goals. In 1962, this goalie became only the fourth goalie in league history to be awarded the Hart Trophy, symbolic of the league’s most valuable player.

When did Jacques Plante die?

How did Jacques Plante die?

Jacques Plante, hockey Hall of Famer who introduced the goaltenders’ mask to modern hockey, died of stomach cancer in a hospital in Geneva, Switzerland. He was only 57.

Plante, a mainstay during the Montreal Canadiens’ dynasty years and considered one of hockey’s great goalies, had been admitted to the hospital last week for treatment of the recently discovered cancer. He had been working for the St. Louis Blues as a goaltending instructor, teaching young players in the Blues’ minor leagues, at Peoria, Ill., and Windsor, Canada.

He lived in Switzerland for a number of years but made frequent trips to North America to work part-time as a goaltending instructor with the Philadelphia Flyers, Montreal and St. Louis. He had just worked with the Blues earlier that month. He was buried in a private ceremony in Sierre, Switzerland. He is survived by his second wife, Raymonde.

Who was the first to wear a goalie mask?

The name Plante is synonymous with the images of the goalie mask which looked half shocking and half awe-inspiring. There is even a video clip in which Jacques Plante, having been badly cut by a slap shot, tells his coach he won’t go back out onto the ice without the strange-looking mask he’d been wearing during practice. But luckily, the goalie insisted that he wear it even if after protestations of Montreal Canadiens coach Toe Blake came his way. Before he knew it, history was made, changing the game of hockey or so we thought.

One of the myths uncovered thanks to Jacques Plante’s popularity is the fact that he wasn’t the first ever to wear a mask in hockey.

In the 2008 book, “Saving Face: The Art and History of the Goalie Mask”,  by Jim Hynes and Gary Smith, the first to wear individual in hockey to wear a mask was Ms. Graham, goaltender for the 1927 Queen’s University women’s hockey team. Her father insisted that she wore a fencing mask to protect her teeth.

The actual first professional hockey player to wear one was Clint Benedict of the Montreal Maroons. In January of 1930, the future Hall of Famer was knocked out by a shot by the Canadiens’ Howie Morenz. When Clint came back on Feb. 22 to play the New York Rangers at Madison Square Garden, he wore a leather mask, perhaps a sparring mask from boxing, to protect his nose. Surprisingly, he just gave up the mask but Plante didn’t, attaching himself indelibly to the history of goalie masks.

For years after, many hockey goalies especially if they wore glasses used to play wearing a baseball catcher’s mask. During the 1950s, minor-hockey goalies started wearing clear-plastic shields to protect themselves. But it wasn’t until 1959 that the goalie mask truly took the world by storm!

The Difference Between a Maine Coon and Norwegian Forest Cat