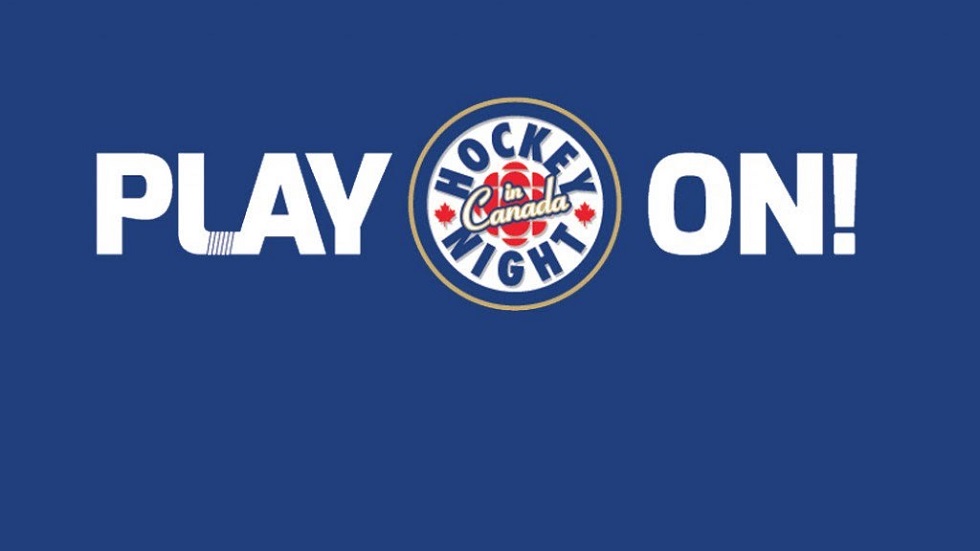 1952: The birth of Hockey Night in Canada

Hockey Night in Canada is almost as old as television broadcasting in Canada. Within weeks of television broadcasting starting up in Canada, Hockey Night in Canada was aired for the prime time match up between the Toronto Maple Leafs and the Boston Bruins. The game was held at the Maple Leaf Gardens. Airing once every week , the show was hosted by Foster Hewitt and commenced with the signature opening “Hello Canada and hockey fans within the US .” Foster Hewitt is legendary for coining the phrase “He shoots, he scores.” It’s a phrase that’s ubiquitous with hockey commentary. Foster Hewitt’s son Bill Hewitt took the hosting duties over from his father in 1958.  Both father and son have been inducted into the Hockey Hall of Fame.

1955: The arrival of instant replay

Hockey Night in Canada producer George Retzlaff invented instant replay in 1955 when he used a hot processor to supply a wet-film replay of a goal. George Retzlaff brought in innovative camera angles and shooting techniques to the world of Hockey broadcasting on CBC, revolutionizing it in the process. George Retzlaff also went on to be the first person to receive the Foster Hewitt Award before it had been linked with the Hockey Hall of Fame.

1968: Adoption of the official anthem

After opening with composer Howard Cable’s Saturday’s Game theme song for 16 years, the show commissioned a replacement opener. Dolores Claman and Jerry Toth’s The Hockey Theme quickly became referred to as Canada’s second anthem . In June of 2008, CBC announced it couldn’t reach an agreement with the song’s publishers, therefore the popular tune was licensed by CTV. That same year, the CBC solicited original anthems in October from Canadians. At the end of the process, Colin Oberst’s Canadian Gold was chosen as the official anthem.

The Coach’s Corner segment was hosted by Don Cherry. He was famous for his flashy suits and controversial comments while on air. The segment aired for the first time in 1981. The former Vancouver Canucks player and Boston Bruins coach was originally hired as a color commentator, but the network didn’t like Mr. Cherry’s tendency to openly cheer for teams. Instead, CBC created Coach’s Corner, giving Mr. Cherry a segment during the primary intermission to be opinionated about players and games. Don Cherry shared the show with Dave Hodge, a reputed sports journalist. Hodge was replaced by Ron MacLean in 1987.

During the very first game of a playoff series between the Montreal Canadiens and the Boston Bruins, an unexpected power outage in Quebec shrouded the whole arena in a veil of darkness.. Finally, the arena’s generators kicked in, lighting enough of the rink to ensure that the game can continue, but not enough to stay CBC airing. The network was forced to abandon its coverage of the game that night. Playing in such circumstances would’ve definitely led to a lot of the players’ agents calling up their personal injury lawyers in advance.

2000: The premiere of Hockey Day in Canada

Broadcasting from the city of Toronto, the CBC launched Hockey Day in Canada in the year 2000. This annual special began with a host of hockey features. After that, it featured three games played between the top Canadian hockey teams. The day is typically broadcast from different locations annually. Past locations include Red Deer, Alta., and Iqaluit.

As it’s very well known, Canada has two official languages, English and French. Because of that, Hockey games have been broadcast in both French and English since 1952. However, CBC cancelled the French edition of the show in the year 2004. The CBC chose to simulcast coverage on Radio Canada instead. The show mainly focused on airing games of the Montreal Canadiens. However, it also broadcast games of the Ottawa Senators and Quebec Nordiques once in a while.

The 2004-2005 NHL season was cancelled due to a salary structure dispute between the players union and the league. The lockout season was the first time that the Stanley Cup wasn’t awarded since 1919. It was also the first time that an entire season was scrapped because of a lockout in a major North American sports league. The NBA had a lockout in 1999 but eventually the teams managed to play 50 out of the 82 games during the season. Since there were no NHL games available for broadcasting, CBC decided to cancel Hockey Night in Canada and replaced it with a movie type show which was presented by Ron MacLean from various hockey arenas across Canada.  During the second NHL Lockout in 2012, the CBC aired classic games of hockey history. These games were chosen based on a viewers’ vote.

2008: Launch of the Winter Classic

In 2008, the NHL began hosting its annual Winter Classic game, with two teams facing off on an outside rink. The first classic saw the Pittsburgh Penguins beat the Buffalo Sabres 2-1 before a crowd of over 71,000 fans. The event led to 1.17 million viewers tuning in to CBC. This was the second highest viewership number in history, only behind the 2.16 million viewers who tuned in to watch Wayne Gretzky’s farewell game which was held at New York City’s Madison Square Garden on April 18th, 1999.

2011: The cancellation and return of Hockey Night in Canada in Punjabi

Punjabi is one of the most widely spoken non official languages in Canada. Despite that, CBC decided to axe its Punjabi broadcast in October, 2011. The network said the series would cease airing because it couldn’t find a sponsor to assist with growing production costs. The cancellation didn’t last long. After criticism from the general public, Punjabi broadcasts of games returned to CBC with sponsorship from Chevrolet Canada in early December.

Robinhood Canada: All You Need to Know About This Robo Advisor