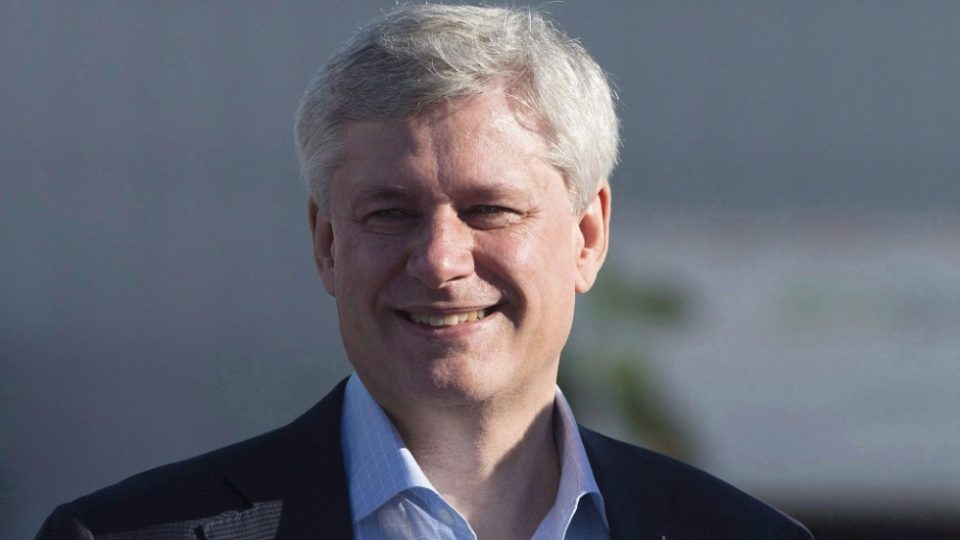 You may know him as the Canadian economist and politician who became the Canadian PM for nearly a decade, from 2006 to 2015. But do you know that he’s actually pretty good at playing music? Yes, Stephen Harper (elected to the House of Commons seven times, and served nine years as prime minister of Canada, winning three elections as party leader) has a lot of cool facts associated with his name!

1. Stephen Harper is from Toronto:

The Canadian Prime Minister was born on 30 April 1959, in Toronto, Ontario. His full name is Stephen Joseph Harper. He packed up and shifted to Alberta in 1978 to work in the petroleum industry.

Originally, he was born and raised in Leaside, Toronto, the eldest of three sons of Margaret (née Johnston) and Joseph Harris Harper, an accountant at Imperial Oil.

In terms of ancestry, The Harper family traces their roots back to Yorkshire, England with Christopher Harper having emigrated from Yorkshire to Nova Scotiain in 1784, where he later served as justice of the peace in the area that is now New Brunswick.

Stephen Harper has both a bachelor’s and a master’s degree in economics from the University of Calgary.

When he was a young kid, Harper attended Northlea Public School and, later, John G. Althouse Middle School and Richview Collegiate Institute, both in Etobicoke, Toronto.

Harper enrolled at the University of Toronto but dropped out after two months. He then moved to Edmonton, Alberta, where he found work in the mailroom at Imperial Oil (his father’s workplace)

Throughout his career, Harper has kept strong links to the University of Calgary.

3. In school, he was into quiz competitions:

He graduated from high-school in 1978, and was a member of Richview Collegiate’s team on Reach for the Top, a televised academic quiz show for high school students.

4. Mr. Harper and his wife Laureen have two children:

Stephen Harper who is still married to his wife Laureen share two kids Benjamin and Rachel. They maintain a permanent home in Calgary.

Harper is the third prime minister, after Pierre Trudeau and John Turner, to send his children to Rockcliffe Park Public School, in Ottawa. He is a member of the evangelical Christian and Missionary Alliance and attends church at the East Gate Alliance Church in Ottawa.

As of 2013, the Harper family owned two cats, Stanley and Gypsy. They have fostered other cats as well.

His wife was formerly married to New Zealander Neil Fenton from 1985 to 1988.

According to party literature, he is learning Spanish.

An avid follower of ice hockey, he has been a fan of the Toronto Maple Leafs since his childhood in the Leaside and Etobicoke communities in Toronto.

Harper is also a fan of the Calgary Flames. He published a book, A Great Game: The Forgotten Leafs and the Rise of Professional Hockey (2013), which chronicles the growth of professional hockey, particularly in Toronto,and writes articles occasionally on the subject.

A Rock Star (from Wikipedia):

“He reportedly owns a large vinyl record collection and is a fan of The Beatles and AC/DC.

In October 2009, he joined Yo-Yo Ma on stage in a National Arts Centre gala and performed “With a Little Help from My Friends”.

He was also accompanied by Herringbone, an Ottawa band with whom he regularly practises. He received a standing ovation after providing the piano accompaniment and lead vocals for the song.

Harper appeared on The Sports Network (TSN) during the broadcast of the Canada–Russia final of the 2007 World Junior Ice Hockey Championships. He was interviewed and expressed his views on the state of hockey, and his preference for an overtime period in lieu of a shoot-out.

Harper also had a cameo appearance in an episode of the television show Corner Gas which aired March 12, 2007.

In October 2010, Harper taped a cameo appearance in an episode of the television show Murdoch Mysteries, which aired July 20, 2011, during the show’s fourth season.

8. He was the first prime minister to employ a personal stylist:

She was Michelle Muntean, whose duties range from coordinating his clothing to preparing his hair and makeup for speeches and television appearances. While she used to be on the public payroll, she has been paid for by the Conservative Party since “some time [in] 2007”.

Stephen Harper was first elected to the House of Commons in 1993 as the Reform Party of Canada Member of Parliament for Calgary West. In 1997, he stepped down to become Vice President (later President) of the National Citizens Coalition, a non-partisan Canadian organization that fights for individual freedoms and accountable government.

4 years before he became the Prime Minister, Mr. Harper won the leadership of the Canadian Alliance, became Leader of the Official Opposition and returned to the House as MP for Calgary Southwest.

Under his leadership, the Conservatives gained 25 seats in the 2004 federal election, largely as a result of a major breakthrough in Canada’s most populous province, Ontario. Two years later, Canadians gave Mr. Harper and his party a mandate to form a Conservative government for the first time in 13 years.

10. Stepping down and shifting to business:

In the 2015 federal election, Harper won his seat of Calgary Heritage but overall the Conservative Party lost power following nearly a decade of governance. Harper continued to serve as prime minister until November 4, 2015, when Justin Trudeau and a Liberal Party of Canada government was officially sworn in.

Harper officially stepped down as party leader on October 19, 2015, and Rona Ambrose was subsequently chosen as interim leader on November 5, 2015. On May 26, 2016 he was named as a senior board member for the Conservative Party Fund.

After 2015, Harper slowly began to step away from Canadian politics and took on a number of international business and leadership roles, founding a global consulting firm, appearing on US and British media, and being elected leader of the International Democrat Union.In 2017, Andrew Scheer, a former House of Commons speaker, was elected as Harper’s successor as leader of the Conservative Party.

Checking vs Savings Account: Which One Should You Use?