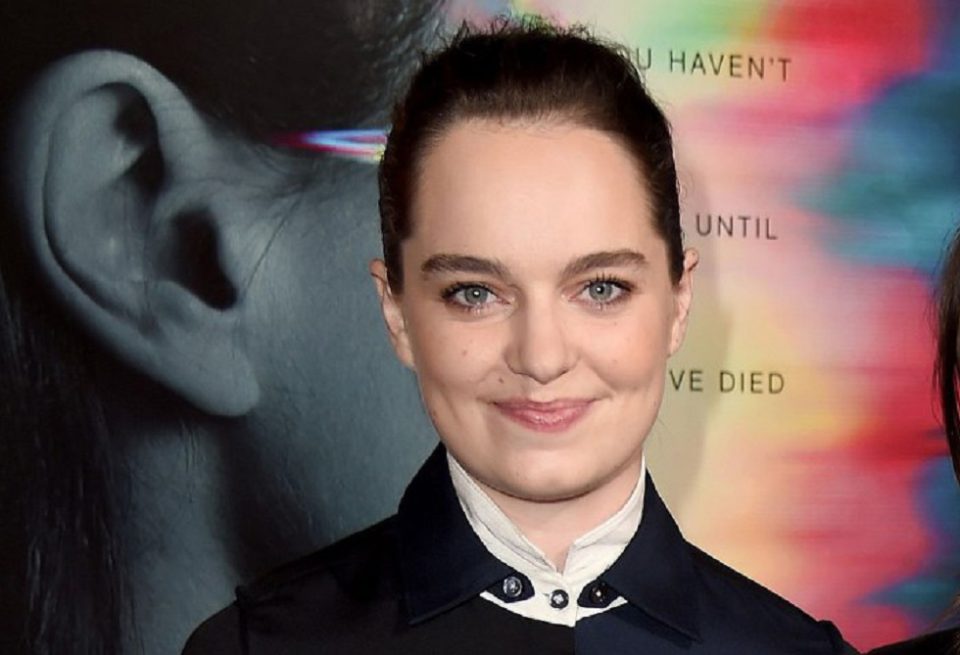 If you are a big fan of contemporary dance, then Emma Portner must be known to you. She is a Canadian choreographer and professional who earned fame at a very young age. She is the girl that you saw in Justin Bieber’s video, “Life is Worth Living”. At present, the professional dancer is known for her quirky and innovative self-created dance moves. She even provides dance coaching at New York’s Broadway Dance Center. The dancer made headlines when she declared that she’s gay and married Canadian actress Ellen Page in 2018.  So whether you are Ellen Page’s or Emma Portner’s fan, you must be curious to find more about her. To calm your curiousness, we have enlisted some unknown facts about the dancer.

Let’s now have a look at some unknown facts and untold truths of Emma Portner:

Emma Portner entered this world on November 26th, 1994. She was born in Ottawa, Ontario in Canada. She went to Leeming Danceworks and The National School of Ballet in Canada to learn dance. She stayed in Canada for quite a long time and then at the age of 16, she shifted to New York as she had to attend Ailey School.

Yes, both Emma Portner and Ellen Page are a gay couple. They interacted via Instagram and gradually developed fondness for each other. However, the coupled dated secretly until January 2018 when they finally tied the knot. Though they had a secret wedding, they shared their wedding images with their fans via Instagram.  Currently, both are enjoying a happy married life.

Emma Portner is a millionaire

According to certain sources, the net worth of Emma Portner is $2 million. However, it is not yet confirmed. The choreographer earns well through her dance videos and even by tutoring students. On the other hand, her spouse Ellen Page has a net worth of $14 million.

The Canadian dancer can be seen practicing her moves and inventing new moves every now and then. She even posts the videos of her dance moves through her Instagram account. Emma Portner is known for her awe-inspiring moves. Hence, her videos are able to generate huge traction.  Whenever she posts any video, it becomes viral within a few hours. People follow her videos as she posts original videos without any filters. Hence, people get to see her moves and her dance process in the raw form.

Emma Portner studied for 12 years in a Dance School

Right from her childhood, Emma Portner was intrigued by dance. That is why she enrolled at Leeming Dance Works in Ottawa and learned the dance for 15 long years. She entered the school when she was just three years old and she studied there till she turned fifteen. It is this school that created a platform for her dancing career.

Portner shifted to New York at the age of 16 as she wanted to grow as a dancer. In the same year, she met Matt Luck, and the rest is all history. Matt Luck convinced the Canadian dancer to collaborate. Hence, they both choreographed as well as featured in the video titled ‘Dancing In the Dark’. This video was released in the year 2012 and it immediately got viral.

The popularity of the video brought good fortune for the Canadian dancer. This video caught the attention of Parris Goebel, a well-known choreographer who was even in charge of Justin Bieber’s project. Parris Goebel was aiming to create unique videos for ‘Purpose: The Movement’, which was Justin Bieber’s music album. Hence, after watching Portner’s performance in the video, the choreographer approached Portner to feature in a music video. In this way, Emma Portner got her first break that too in Justin Bieber’s music video, ‘Life Is Worth Living’.

The music video of Justin Bieber, ‘Life Is Worth Living’ was released on YouTube in 2015. In the video, Emma Portner is performing a dance duet with Patrick Cook. The amazing fact about this video is that it was shot within 6 hours. After its release, the video gained huge popularity and was loved by everyone. It has crossed the 50 million views mark.

After video success, Emma Portner was contacted for a tour by Nick DeMoura who was the creative director of Purpose World Tour of Justin Bieber. Emma Portner was given the charge to choreograph one performance of the tour. Emma did her job perfectly. Post the World Tour, Emma never had to look back as she came under the spotlight of many clients. Many people contact the dancer from time to time for World Tours and Videos. The actress has a huge influx of offers, but she is very specific about her choices.

Last year, Emma Portner and Justin Bieber’s controversy did the rounds. Emma Portner took to Instagram to accuse Justin Bieber of mistreating women. In fact, the Canadian choreographer expressed regret of working with the singer. She also revealed that she was paid quite low for such a huge project, Purpose World Tour. Emma made news for several days, owing to her revelations of Justin Bieber’s attitude.

Emma Portner is the youngest dancer to choreograph a musical

The musical ‘Bat Out of Hell’ was choreographed in entirety by Emma Portner. This musical was based on 1977’s Meat Loaf album that revolved around post-apocalyptic romance. Emma was thrilled to recreate this hit album and she gave her best to do full justice to the choreography of the musical. With this musical, she became the youngest choreographer to work on a musical.

Emma Portner has won several national and regional awards through her dance skills. She has also received good reviews from the critics. Many would think that Justin Bieber’s influence was the major reason behind the success of the dancer. However, that’s not completely true. Emma Portner’s videos were always a talk of the town and much liked by many professionals even before she got her first break. She is also the favorite of critics.

The New York Times entitled her dance with the word ‘beguiling’. In writings of The Cut, it was mentioned that her dance moves transfixed the world of dance. In 2012, she bagged the American Dance Awards in the category of ‘Choreographer of the Year’. Then in 2014, she bagged Capezio A.C.E Awards. This is just the beginning. The 26-year old superstar has a long way to go and a lot more to achieve.

Emma Portner has a different sexual orientation and she is married to Ellen Page. However, her personal life was never a hurdle for her professional success. Despite gender norms, she has emerged as a successful dancer and choreographer.

A few years ago, Emma expressed her wish to launch a contemporary dance company in an interview. Today, she has finally made that dream come true. The dancer founded Emma Portner and Artists, a dance company that is located in New York. Emma also resides in New York and takes care of the company. In her organization, she brings dance learning at the disposal of such individuals who possess the passion for dance but can’t afford to learn. Through her dance company, Emma trains individuals of Los Angeles, Canada, and New York.

So, these were some untold truths and jaw-dropping facts about Emma Portner. Hope you enjoyed reading it!

7 Reasons Why You May Need Some Cash Fast

Expedia For TD: How It Works Beautifully With TD Rewards Credit Cards While Travelling

Upcoming World Tour of Celine Dion Courage, Biography, her family, her Work Ethics, and some surprising facts about her.