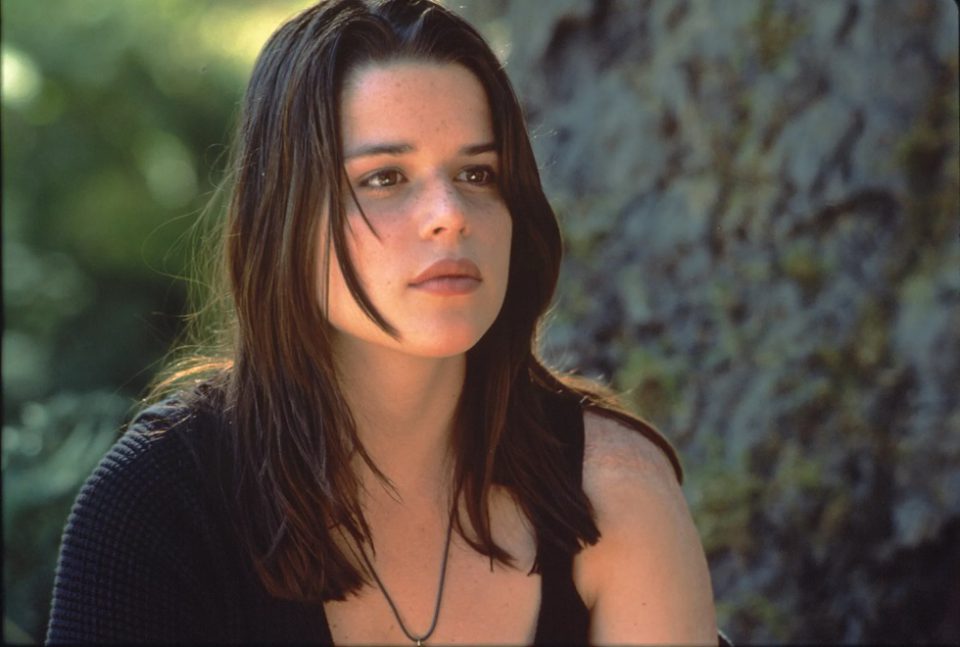 If Scream taught us anything, it’s that Neve Campbell was cast to play the role she was born to play. It’s impossible to imagine anyone but Neve Campbell bringing her iconic characters to life (and, uh, death) – but her chance at horror movie stardom almost didn’t happen. She was born in Guelph, Ontario, a Canadian Province with a lot of intriguing things to see.

Drew Barrymore was on Scream playing Casey Becker, making the opening sequence of the film completely unforgettable. By casting Barrymore in this role, Drew was originally said to play the bright, resourceful and haunted protagonist, Sidney Prescott. Due to scheduling conflicts Barrymore didn’t take on the leading role, but luckily Neve Campbell took her place, and Scream’s creative team was able to keep her on board. Ultimately, Drew Barrymore’s performance as Casey was a better choice to the film’s success.

Did you know that after Neve Campbell stepped into the role of Sidney, however, the film’s producers began to worry that she and Rose McGowan would look too similar since they both had dark hair? Certain sources have indicated that McGowan was forced to dye her hair blonde to keep the role, but the actress recently said it was her idea. Even though she hated the look, she admits it fit her character perfectly.

Neve isn’t a big horror fan despite success from the same:

It may be surprising to hear this, but it’s obvious due to the fact that she hasn’t been in horror since her time with the Scream movies. What may be the underlying issues is that with Neve Campbell, ghostly encounters go beyond her fictional performances because she strongly believes in them.

Acting runs in her family:

A history of acting courses through Campbells’ veins. Her paternal grandparents were performers while her maternal grandparents owned a theatre. Her mother, on the other hand, opted for a totally different path, choosing to be a psychologist. Her dad fell in love with acting too and ended up being a Scottish drama teacher. Though the love for acting skipped her mother, Neve’s award-winning performance in cinema is enough compensation for it all. Her brother, Christian Campbell, is also no stranger to acting, the  stage and screen actor mostly known for his starring role in the movie, Trick.

The Baywatch team believed that she was too pale and just wouldn’t fit in with the rest of the cast. The actress doesn’t fit the role of a ballerina either but she still went on to become famous for her distinguishing looks!

She’s one of the only three actors to appear in all of the Scream movies:

Just in terms of main characters Sidney, Gail and Dewey were the only three characters that went through the entire franchise without being killed. They definitely push the limit too thin, but they’re still there towards the end.

She is a ballerina:

Neve Campbell was raised in Toronto where she was also schooled. At age six, she developed an interest in ballet after becoming enthralled by The Nutcracker, eventually enrolling at the Erinvale School of Dance. She became a very talented ballerina and challenged herself further in dance. Beating thousands of applicants, Campbell was accepted to one of the top dance schools in the world, National Ballet School of Canada. While training there, she appeared in performances of The Nutcracker and Sleeping Beauty. She appeared as a ballerina in a production of Phantom of the Opera.

It seems she was also one of the background singers in the production as well. This timeless classic would have been a great way to boost the self-esteem of the future actress and it’s important to show kids how hard work pays off in more ways than you can imagine, as they grow up!

She went through a nervous breakdown:

In order to pursue the dreams of becoming a ballerina at the school of dance also came with a lot of pressure to be the best of them all. Along with stress, Neve Campbell suffered several injuries dancing. She eventually underwent a nervous breakdown at 14 and decided to quit dance for good. Lucky for us, fans of Scream, this move would make her career!

Neve Campbell switched to acting while studying at the John F. Ross Collegiate Vocational Institute in Guelph. Though at the time it felt like a wise decision, she regrets quitting school at 15. Later in her twenties, she developed alopecia due to her stressful work demands. For a 20 year old this seems not so much tragic as it does odd but thankfully her hair did grow back after extensive acupuncture treatments.

She used her fame from Party of Five to raise awareness about Tourette Syndrome:

When Neve’s young brother was diagnosed with TS, Neve used her status as a way to bring awareness to the syndrome. Fundraisers and conferences were created to help people understand it and accept it for what it is.

The actress has strong beliefs in ghosts:

The actress had encounters with ghosts many times throughout her life. Her belief was sparked when she moved into a haunted house in Los Angeles, with her friends. The house was allegedly haunted by a lady who was killed there in 1991. Sometimes, the ghost would walk into the room and Neve Campbell would see her. The doors kept slamming and windows opening all the time. With time, Campbell got used to the ghost’s presence and would even greet her in the hallway.

Unfortunately the actress has sustained more injuries than most people have in a lifetime and she had to give up on being a ballerina. Her joints were simply too worn and battered to offer much in the way of support but she still enjoys ballet in any way she can.

Campbell has had a sprained wrist, sprained ankle, torn ligaments, and pulled hamstrings. She went through treatment for shin splints and snapping hip syndrome. She also had to have a bunion removed from her big toe.

The actress’s history of injuries got an addition of a collapsed metatarsal while filming Scream 4 which involved a lot of action and fighting. Ultimately, Campbell had to go for regular physical therapy after filming was completed. She also suffers from arthritis in her neck and sciatic problems on her back. If she didn’t love dance so much, she might have consulted some personal injury lawyers to help her get some compensation for her injuries.

Neve started out with a ‘no nudity’ clause in her contract:

Campbell was one of the top leading actresses of her time when the Scream movies came out and young horror loving men everywhere were dying to see her with her top off. But if you did happen to catch anything it was her backside and not much else since she didn’t do fully nude scenes at that time. She’s held her onto her clause for a couple of movies, and stayed pretty classy throughout her career.

A fan actually tried to get an autograph from her in a restroom stall:

You might think the paparazzi are bad when it comes to things like this but fans can obviously get downright crazy when it comes to getting an autograph. Campbell has suffered from the absurdities of her fans’ obsessions in the weirdest ways imaginable. Once when she was at Disneyworld, she got stalked by her fans into a toilet. She was in her cubicle going about her business when someone slid a pen and paper under the door for her to sign. This would likely make a lot of people quite irate and there’s no reason to think that Neve wasn’t put out just a bit, but she asked the fan if she could finish her business before signing.

Yep, after the ridiculous invasion of her private space, Campbell signed the autograph and got it over with! The ordeal might be in the past but the brazenness of some fans is still amazing.

Neve Campbell let the pressure of the celeb status in the US get to her:

Campbell’s celebrity status made living in New York a tad difficult. It’s hard for us to relate to this but having lived in LA for most of her life, she never felt at home there either. Moreover, being famous made her life in the city quite unbearable with constant stares and paparazzi following her.

Therefore, the actress decided to move to London to lead a more low profile life. Life in London is perfect according to her. She says she can now casually stroll in the streets, without getting snapped. She comfortably lives in anonymity and takes the Tube with no one staring at her.

Campbell met most of her partners on set:

After divorcing her first husband, Jeff Colt, in 1995, Campbell had a relationship with her co-star Mathew Lillard while filming Scream 2 in the late ’90s. She dated Mathew Lillard for around two years starting from 1997.

The actress took a long break from dating before she would go on to marry John Light who she met on the set of Investigating Sex. She is currently with JJ Feild with whom she had two children with.

Campbell had turned down some HUGE roles of a lifetime:

Post the success of Scream, offers for roles in inferior versions of the movie came streaming the stars way. Countless scripts for horror movies came to her and she rejected almost all of them. She has turned down roles for Armageddon, Daredevil, and Rounders. This served as the main reason behind her decision to take a break from the film industry and move to London. She also passed on the lead role in Save the Last Dance.