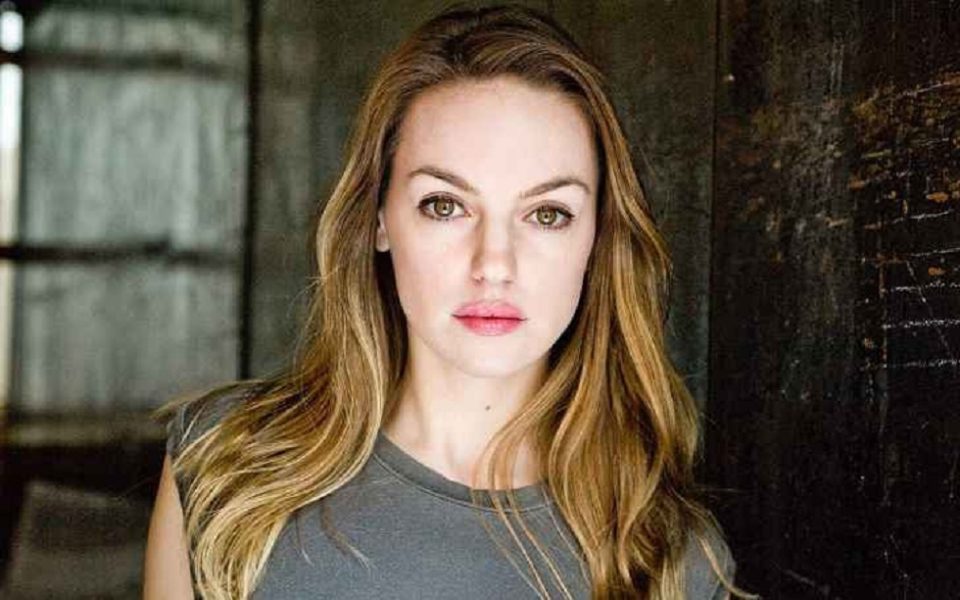 Michelle Mylett is most famous for appearing on the popular TV series Letterkenny. The show is broadcast on Crave and Michelle Mylett is the highlight of the show. Michelle Mylett has played the leading role of ‘Katy’ on the show over the last three seasons. The show was created by Jared Keeso and Jacob Tierney. Shooting for the fourth season of Letterkenny concluded recently. The show has also been highly acclaimed by critics and fans alike. It has won the Canadian Screen Award for Best Comedy Series, Best Direction in a Comedy Program or Series and Best Writing in a Comedy Program or Series as well as the WGC Screenwriting award for Best TV Comedy.

Michelle Mylett was also cast in the Netflix movie El Camino Christmas. The movie has been directed by David Talbert with Ted Melfi serving as the writer and producer. Michelle Mylett will star as “Kate”, a single mother who has been taken hostage by ‘Eric’ (Luke Grimes) on Christmas Eve in a liquor store with several other locals. The cast of the film also includes big names like Jessica Alba, Vincent D’Onofrio, Tim Allen, Kimberly Quinn, and Dax Shepard. El Camino Christmas is scheduled for a September premiere. Michelle Mylett has also appeared in the indie film, Buckout Road with Evan Ross and Danny Glover. Another movie where Michelle Mylett has bagged the lead role in the movie, Goliath. Michelle Mylett also made an appearance in Cody Callahan’s Antisocial franchise as well as the indie flick The Drownsman.

Michelle Mylett has also been cast in the mini-series Bad Blood which is based around the life of Montreal mobster Vito Rizzuto. She is co-starring in the movie along with Anthony LaPaglia and Kim Coates. Michelle Mylett has appeared on the SyFy show Ascension. Her other acting roles include CBC’s Four in the Morning and The Strain on FX. Let’s find out more about her.

Michelle Mylett: All You Need to Know

Michelle Mylett is a talented and beautiful actress who has been rising steadily in her acting career. She has also found love in Jesse Antler, her boyfriend.

When was Michelle Mylett born?

Michelle Robin Mylett made her way into the world on January 4th, ’89, in the small town of Ladysmith, Vancouver, Canada, putting her age at 30 years. She grew up surrounded by her family, who doted on her growing up. Even though she is from Vancouver, she currently resides in Toronto, Ontario.

How many siblings does Michelle Mylett have?

Mylett has two siblings, an older brother, Richard, and a sister, Mikayla Mary. There is, however, little or no information on the actress’s family.

Most aspiring actresses move to Hollywood (California) in search of a big break that is guaranteed to launch them into stardom. The story is different with Michelle Mylett, a rising actress who is happy to slowly and steadily build her career, one acting credit at a time, while enjoying her love life, and living in her native Canada.

With Michelle Mylett’s age at 30, the timeline of her career dates back to her 20s. It is a known fact that in 2015, she appeared in the second part of the scary movie, “Antisocial.”

Mylett also appeared in the first installment, which means her career peaked in her early twenties. In one of Michelle Mylett’s interviews, she described her role in the movie as daunting and challenging since she had to play a mom, but the experience was necessary to boost her resume.

Other Michelle Mylett movies and TV shows include starring in feature films like, “El Camino Christmas” — alongside Dax Shepard, Jessica Alba, and Vincent D’Onofrio — “Goliath,” “Buckout Road,” and “The Drownsman.”

Although none of the movies are box office hits, they helped the actress sharpen her skills and gain more experience.

The most significant role of Michelle’s career is “Katy” from “Letterkenny.” In it, she stars as the female lead, who is always in the company of guys. The show is a quick-witted, fast-paced, snappy comedy about a group of rural people getting by in a small town.

It airs on Crave TV and has received positive reviews from critics of Canadian TV. The show has won several awards, including the Canadian Screen Award for Best Comedy Series, and Best Directing in a Comedy Program or Series.

“Katy Letterkenny” has become popular in Google searches as more people want to know about Michelle Mylett. During the Juno red carpet in 2017, the actress alongside Nathan Dales acknowledged that the show had done well for itself, mainly because critics don’t expect anything good from Canadian television.

Who is Michelle Mylett dating?

Michelle Mylett is happily in love with her boyfriend, Jesse Antler. The exact timeline of their relationship, like where and when they met remains elusive, but based on a social media post shared by the Antler in September, the two have been dating for two years.

In the post, Antler, who has a little above 600 people following him on his Instagram, described the actress as the “Sweetest person” he has ever met and has had the pleasure to know.

Unlike her boyfriend, the actress has an impressive social media following, she has over 23k followers on Instagram. Her Twitter presence is also remarkable, and one post back in 2015 about starving to stay relevant as an actress had her fans wondering about a Michelle Mylett plastic surgery possibility. Michelle also uses social media to share nostalgic moments about her family, moments shared with her 96-year-old grandmother, and to advise her followers to avoid patronizing companies whose products are harmful to the earth. The down to earth and likable personality of Michelle Mylett makes her fans love her even more.

What is Michelle Mylett’s net worth?

Michelle Mylett’s net worth as of 2020 is estimated to be around $2 million. She has made most of her money through her acting career.

So that was a brief snapshot of Michelle Mylett’s young acting career and life. With her incredible talent and good looks, she is bound to go far in her field.