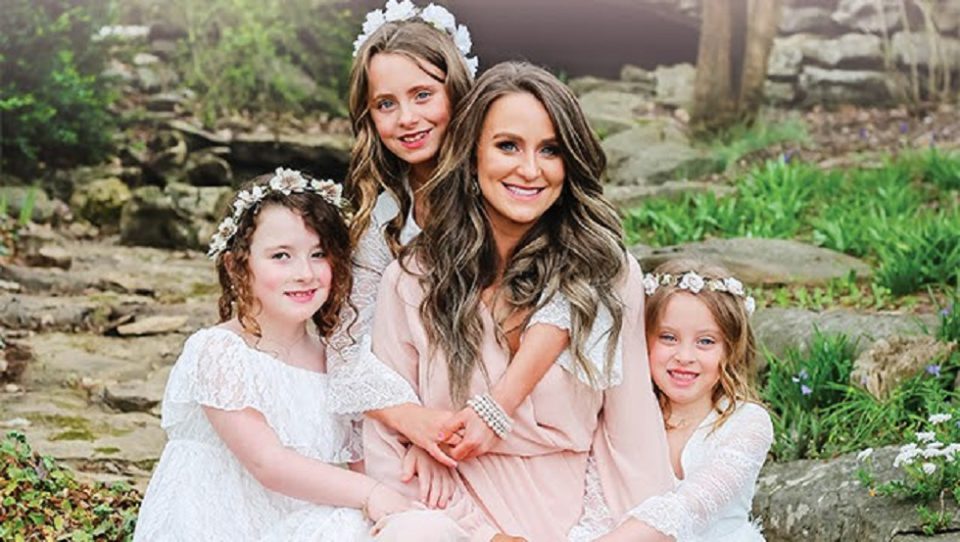 Leah Messer is a former Teen Mom star who hails from the tiny settlement of Elkview, West Virginia. She was a former cheerleader who had a very troubled upbringing. Partly in thanks to an abusive mother who made her have sex with an older boy as a part of the “Spin the Bottle” game. Leah Messer was only 13 at that time. In quite a surprising manner, Leah Messer’s mother used to hang out with Leah’s friends after school and act like a teenager. Leah Messer attributed that to her mother missing out on high school as a kid. Let’s find out more about Leah Messer.

When was Leah Messer born?

Leah Messer was born on April 24th, 1992 in the tiny town of Elkviw, West Virginia. She was born to Dawn and Gary Messer. However, her mother Dawn separated from her father and went on to marry Lee Spears.

Who are Leah Messer’s children?

How was Leah Messer’s time on Teen Mom 2?

Leah and Corey Simms have stayed together as a couple since the birth of their twin daughters, Aliannah and Aleeah. Leah is shown to sacrifice everything in order to graduate, look after her daughters, and maintain her relationship with Corey.

Corey Simms and Leah Messer had separated in 2010 for a small period of time as Leah Messer was unsure about her needs from the relationship. During that span of time, Leah Messer got back together with her ex-boyfriend Robbie.

Leah and Corey got back together and got engaged later on in 2010. They married in October shortly before the twins’ first birthday however in April 2011, Leah admitted to infidelity. The couple divorced in June 2011.

Ali’s health became a concern for the former couple when they noticed their daughter, Ali was developing slower than her twin sister. After numerous doctor appointments and tests, it’s found that Ali suffers from Titin Muscular Dystrophy, a rare form of the disease that’s typically only found in adults.

Leah and Corey have been shown to be continuously disagreeing with how to co-parent the twins as well as who gets custody/visitation rights.

In August 2011, Leah began dating Jeremy Calvert and after much confusion over who Leah truly wanted to be with, Jeremy proposed to Leah and she accepted. The couple announced they were expecting a child during the 2011 Christmas holiday but Leah sadly miscarried in January 2012. Leah and Jeremy married on April 4th, 2012. Leah gave birth to their daughter, Adalynn (Addie) Faith on February 4th, 2013, five weeks early.

Leah began to take medication for anxiety which she comments throughout the show made her uncomfortable. Her and Jeremy have numerous arguments about him working away and her feeling stressed, looking after three children alone. Eventually, Leah is ordered by the courts to take drug tests to prove she’s not addicted.

Jeremy and Leah’s marriage came to an end in the sixth season with Jeremy filing the divorce papers.

What are some of the highlights of Leah Messer from Teen Mom 2?

What is the name of Leah Messer’s book?

Leah Messer’s book is called Hope, Grace, & Faith. She has chronicled her problems with addiction in her book and she has also discussed about her mother’s unusual behaviour while she was growing up.

Did Leah Messer’s mother force her to have sex with an older boy?

This is what Leah Messer said: “The next thing I knew I was in the room with Mike and my mom was holding the door shut from the other side so I couldn’t get out. I remember feeling cornered, like a trapped animal,” Leah goes on. “I didn’t want to kiss Mike, much less have sex with him, but that’s exactly what happened.”

So that was a brief glimpse into the tumultuous life of Leah Messer. A lot of her problems can be traced to her unusual upbringing by her mother. Leah Messer’s mother was having some marriage difficulties when Leah was still a teenager and that time was very hard for her. She was officially diagnosed as bipolar with depression and anxiety. However, Leah Messer’s mother refused to take her prescribed medication and continued to face more problems.