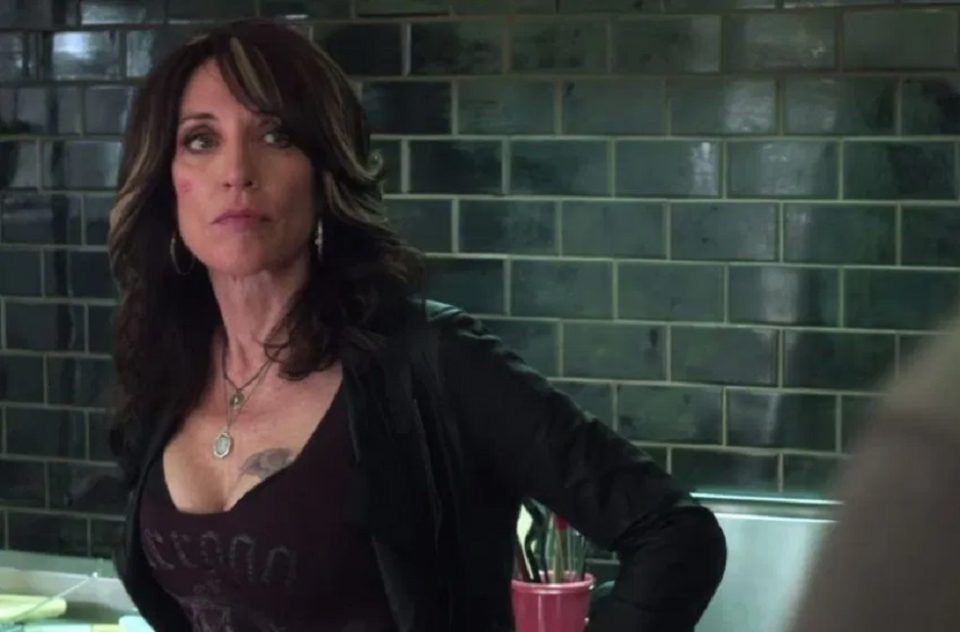 Much like Maude Apatow, Catherine Sagal was born to a noted television and film director. Her father is Boris Sagal. She began performing at age 5 and studied voice and acting at the California Institute of the Arts in Valencia, California. A singing waitress during her “salad” years, she started performing with the band “The Group With No Name,” then caught a break after hooking up with Gene Simmons and his 1970s rock band KISS. She was a dynamic performer who did a live show with diva Bette Midler as one of her “Harlettes” in Bette’s wildly avant-garde stage shows during the late 1970s and early 1980s.

In 1985 she was spotted on stage in a musical by talent agents who subsequently cast her as Mary Tyler Moore’s feisty co-worker Jo Tucker in Mary (1985), a short-lived comedy series. From that point on she focused on film and television. She would go onto then become someone as iconic as Jennifer Grey from the 80s.

Today the actress resides in the Los Angeles area with husband writer/producer/director/creator Kurt Sutter, whose acclaimed work includes The Shield (2002) and the offbeat Sons of Anarchy (2008), which Sutter formed, in which she was intriguingly cast as a motorcycle-club family matriarch. Together they have three children: Sarah, Jackson, and Esme; and three dogs: Lumpy, Lola and Blue

What did Katey Sagal do after Married With Children?

Singer and actress Katey Sagal became a household name in the late 1980s as the undomesticated Peg Bundy on the longest running Fox series Married… with Children (1987). With the show she received three Golden Globe and two American Comedy Award nominations. As  identifiable as her Peg Bundy persona was, Katey assertively moved on after the show went off the air, not only starring in other sitcoms and television movies, but portraying characters that were polar opposites! In 2008 she became Gemma Teller Morrow, the matriarch of a Hell’s- Angels-esque California biker gang, on the series Sons of Anarchy (2008). This earned her a Golden Globe Award for Best Performance by an Actress in a Television Series – Drama.

In her post-Bundy career, Katey has continued to demonstrate a strong range, playing a much more responsible parent in the popular sitcom 8 Simple Rules (2002), co-starring the late John Ritter. She has earned equally-fine kudos for her television movies like Chance of a Lifetime (1998), a charming romantic comedy that also co-starred John Ritter, God’s New Plan (1999), a tearjerker in which she played a dying mother, and the Disney offerings Smart House (1999) and The Wonderful World of Disney: Mr. Headmistress (1998).

Katey Sagal is a songwriter:

In addition to her busy on-camera scheduling, Katey has retraced her steps to her first love: singing and songwriting. With the assistance of her record label Valley Entertainment, she released the album “Room” in 2004 that combined classics like “Feel a Whole Lot Better” and “(For the Love of) Money” with original songs she penned, including “Life Goes Round,” “Daddy’s Girl,” and “Wish I Were a Kid.” “Room” is her first CD since her 1994 debut “Well.”