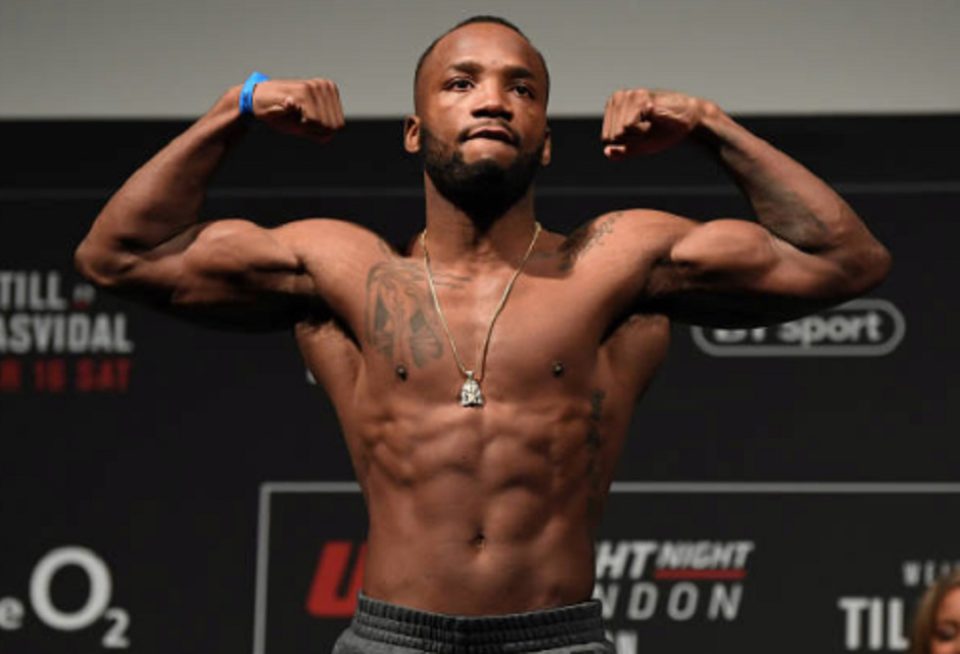 Leon Edwards is best known as the mixed martial artist currently competing as a Welterweight in the Ultimate Fighting Championship. The fighter was born on August 25, 1991 in Kingston, Jamaica but most people get confused by his British accent. That’s because he was raised in Birmingham, England. As of 2020, out of 21 matches, he had 18 wins and 3 losses.

Edwards, who has been in lockdown due to Covid-19 with the rest of the UK, confirmed UFC reports he was forced to turn down a July title fight against Kamaru Usman.

Leon Edwards tweeted, “For those asking, yes I got offered the shot before Gilbert. We couldn’t make it work this time. 2020 has been tough for me on this side of the world, as it has been for (a lot) of people, but (expletive) it, you can’t stop what is inevitable.”

In his follow up tweet he said, “The strap will be mine,” Edwards wrote. “Continue to stay safe everybody.”

If you’re wondering what the 28-year old UFC welterweight’s record is like? He’s currently riding in an 8 fight win streak and has faced only 2 losses in his entire UFC career. The two being against Kamaru Usman and Claudio Silva. He was set to take on Tyron Woodley this March but the lockdown shut this down too.

Leon Edwards is currently unable to travel to the US and the UK is still advising its citizens to not leave the country unless it is essential. The Birmingham native was headlining UFC London to throw jabs against Woodley in March before the outbreak of coronavirus meant the event had to be cancelled.

Dana White announced this week Usman would defend his belt against Gilbert Burns on 11 July at UFC 251 on ‘Fight Island’. So, UFC welterweight Leon Edwards has confirmed reports he was forced to turn down a July title fight against Kamaru Usman.

“That’s the one thing, in this division, there’s no shortage of contenders. Leon Edwards is there. The guy’s been tearing it up. Gilbert had an amazing year, he’s there. Colby thinks he’s there. So there’s no shortage of challenges. There’s always gonna be a challenger, they’re always gonna throw somebody in there with me and whoever the company feels they want to throw in there, that’s my job as a champion to go in there and dominate like I just did.”

Gilbert Burns and Edwards both have a case for the next title shot. Burns is up 4-0 since moving up to welterweight. On the other hand, Edwards is currently riding a seven-fight win streak with notable wins over Donald Cerrone and Rafael dos Anjos. The two of them are currently ranked Nos. 1 and 4 respectively according to UFC rankings.

Where is Leon Edwards from?

The UFC fighter grew up in Birmingham, England but is originally from Kingston, Jamaica and shares ancestry and DNA with Fabian Edwards.

How much is Leon Edwards worth?

Being a champion comes with perks such as a higher salary. These are the awards won by Leon Edwards:

His net worth is estimated to be upwards of 1 million dollars.

Where does Leon Edwards train?

The MMA fighter trains out of Erdington, Birmingham, England.

How old is Leon Edwards?

How tall is Leon Edwards?

Leon started training mixed martial arts when he was 16. His nickname, Rocky, was given to him by his friends in school. His brother Fabian is also an MMA fighter for Bellator MMA.

Streaming in Canada: Free vs Premium