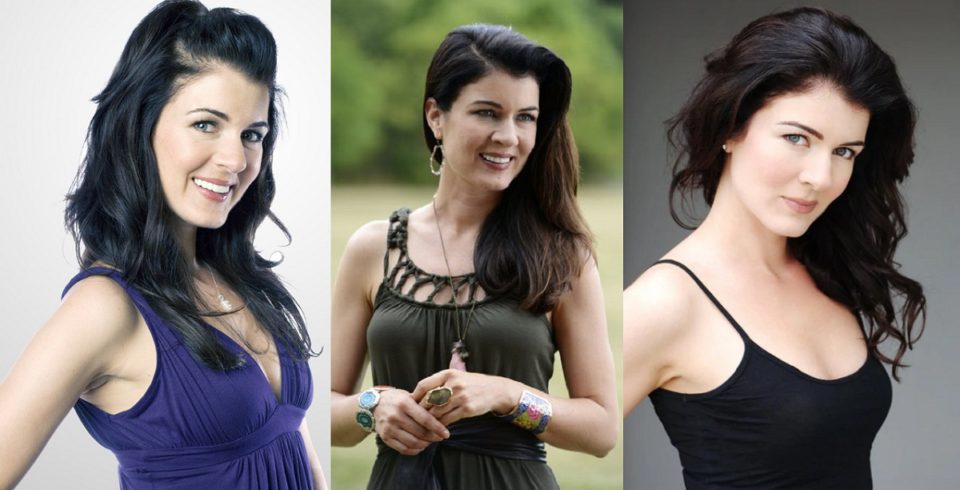 Gabrielle Miller has been described on IMDb as one of Canada’s foremost actors with her leading roles in Canada’s hottest shows such as Corner Gas which aired in 2004 and Robson Arms which followed the next year. Her popular screen appearances had viewers entranced with her thick black hair and bright blue eyes, but many don’t know that she’s been enticing viewers across the screen since she was seventeen! In this article, we discuss more details about the Canadian actress including where she grew up, her illustrious career, and her marriage.

An actress who grew up with five siblings, Gabrielle Sunshine Miller was born on November 9, 1973 in Vancouver, British Columbia, Canada.

Miller’s film and television career dates back to 1993. According to the actress: “At 17 I had a house cleaning business with my mom called Have Broom Will Travel. We would ride bikes from job to job. I learned that I’m a darn good duster. My defining moment: I was cleaning the bathroom of two girls I went to school with after they had a party. They were downstairs making pancakes while I was cleaning. After that, I really pursued my acting”.

Today, she is a Canadian actress who played the role of Linda Wallace in the first and second season and in Happy Halloween! from the Hint of Magic series. Gabrielle has been an actress since the age of 17 and has been noticed for her roles in the series Pasadena, Alienated, Robson Arms, Corner Gas, Call Me Fitz and Mother Up!.

2. Gabrielle Miller’s career in the US and in Canada:

The actress has appeared in a wide variety of Canadian and American productions, including Highlander: The Series (where she played two different roles),  The X-Files (where she once again played two different roles), Stargate SG-1 , UC: Undercover, and Frasier. In 2002 (almost 20 years ago), she was a cast member of the American drama series Breaking News.

Gabrielle Miller is also the actress playing Flora during Season 7 of Once Upon a Time.

For her role in Corner Gas, Miller won a Gemini Award for Best Ensemble Performance in a Comedy Show or Series in 2007 and two Leo Awards for “Best Performance or Host in a Music, Comedy Show or Series. or variety ”(2005 and 2006). Thanks to Robson Arms, she won another Leo Award in 2007 in the category “Best Performance by a Woman in a Drama Series”. When she played a recurring role on the television series Alienated in 2004, it earned her the rare honor of starring in three ongoing series in the same calendar year.

Miller’s other credits include Outer Limits, and she has also made an appearance on Sliders as Fling and is voiced in the French version of the series by Marie-Eve Dufresne.

Miller married Canadian actor, writer, and producer Alexander Cendese in 2015. The couple lives mainly in Los Angeles and Vancouver (aside from when the actress is on location in Saskatchewan).

She is also a sponsor of World Vision Canada.

As an actress, not only has Gabrielle Miller shared the screen with an impressive list of talented actors, she has also shared her screen time with two different projects! For example, she took up many recurring roles that gave her the rare distinction of starring in three series running in the same year. She was on the television series Alienated during 2004- 2007 and at the same time Miller was also on the CTV series Robson Arms. The limited-length seasons of both series allowed her to appear on both shows simultaneously.  By the way, she took home another Leo Award for Best Supporting Actress in a Drama Series in 2007 for the CTV series Robson Arms.

More awards have been taken home by the actress such as the Gemini Award for Best Performance in a Comedy Program or Series in 2007 during when she was a cast member of the Canadian television series Corner Gas.

She has also won two Leo Awards for Best Performance or Presentation in a Musical, Comedy, or Series Program or Series Varieties (2005 or 2006).

Sophie Desmarais: 10 Rare And Interesting Facts About The Actress

What You Didn’t Know About Tom Oakley, Husband of Missy Peregrym [Updated 2022]