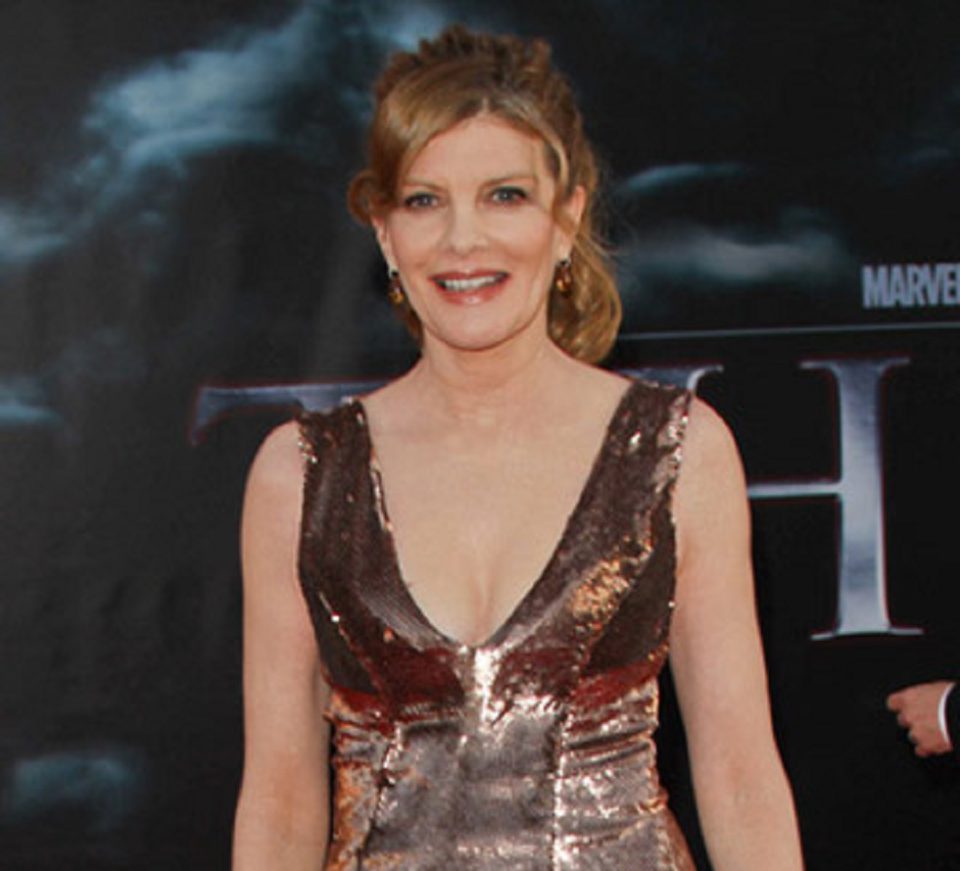 American actress, producer, and fashion model Rene Russo became a household name in the 1970s, appearing on magazine covers such as Vogue and Cosmopolitan. She made her film debut in the 1989 comedy Major League, and rose to international prominence in a number of thrillers and action films throughout the 1990s, including Lethal Weapon 3, In the Line of Fire, Outbreak, Get Shorty, Ransom, Lethal Weapon 4, and The Thomas Crown Affair.

After headlining the family comedy Yours, Mine and Ours, Russo took a six-year break from acting. She returned to the screen as Frigga, the mother of the titular hero, in the superhero film Thor, a role she reprised in Thor: The Dark World and Avengers: Endgame. In 2014, Russo starred in the acclaimed crime thriller Nightcrawler, for which she won the Saturn Award for Best Supporting Actress and was nominated for the BAFTA Award for Best Actress in a Supporting Role.

8 Things We Know To Be True About Rene Russo

The actress paired up with Mel Gibson in Lethal Weapon and Ransom. Her other film credits include Nightcrawler, Tin Cup, In the Line of Fire, and The Thomas Crown Affair.

She plays Karen Flores, the ex-wife of Danny DeVito’s Martin Weir, in the 1995 crime/comedy Get Shorty.

She worked in an eyeglass factory and as a movie cashier after high school.

She married Dan Gilroy in 1992, and their daughter Rose was born in August 1993. Rene Russo met the screenwriter on the sets of ‘Freejack.’ They got married on March 14, 1992, and have a daughter named Rose Gilroy who grew up to become a model, actress, and writer (a combination of both her parents’ respective profession).

She’s very similar to her mother, born with a sharp mind as well as her good looks, Rose also graduated with a double major in psychology & political science from Colgate University, an achievement which she attributes to Russo, telling Vogue: “my mother always told me that she wanted me to get my education, and I felt it was important, because it was something she’d worked so hard to give me.”

Russo and her husband currently reside in Brentwood, California. The couple turned out to be regular collaborators, most notably with the critically acclaimed and Oscar nominated Nightcrawler in 2014.

From childhood, Russo has suffered from bipolar disorder and takes medication to combat it. She is a born-again Christian.

6. Reason For Her 6 Year Break

Russo took a break from acting in 2005 after starring in family comedy Yours, Mine and Ours alongside Dennis Quaid. Why? Basically she’d “had enough” of acting, and was starting to burn out. According to one interview with Buzzfeed in 2014:

“I worked constantly. I didn’t really ever take a break. I just think I hit a wall. I mean, even emotionally. I was not in any shape to do a movie. I was depressed. It was not a good time for me. One of the reasons I hit the wall is I really wanted to do other things, but I didn’t know how to get off the treadmill.”

Part of the reason Russo decided to end her self-imposed acting hiatus and return to the fold was due to meeting fans who told her that they missed seeing her in movies, as she told Buzzfeed News.

7. During Those 6 Years She Became Addicted To Watching Documentaries

Partly due to dropping out of school at such a young age, Russo admitted to Buzzfeed that she had “huge holes in [her] education”.

Her solution to this problem was to watch tons of documentaries on world history and other subjects that interested her.

Russo then went on to work for the Department of Water and Power in L.A., in an effort to revitalize native gardens in the midst of a California drought.

Interestingly, she also started her own business! White Cow Dairy is a milk and yogurt producer located in Upstate New York that Russo runs.

And she much prefers milking cows to “getting up and having makeup on my face at 4:30 in the morning.”

8. She Won’t Return To TV Because Of THIS

Though Russo is firmly, if only occasionally, back into the movie making business, there seems to be an unlikely return to television show any time soon. She’s only appeared on a TV show once for the limited TV show Sable back in the 1980s, which only aired seven episodes.

Speaking to Collider, Russo doesn’t think she’ll be sinking her teeth into the TV series world again anytime soon, mainly due to the “brutal” schedules that come with working in TV. She says it would have to be something pretty “spectacular” to entice her to appear on this realm. Rene Russo, we won’t count anything out just yet!

The Best 4Anime Alternatives for You

The Best Cricket Match Prediction Apps for You

Michael Cera: 20 Facts About The Superbad and Juno Star