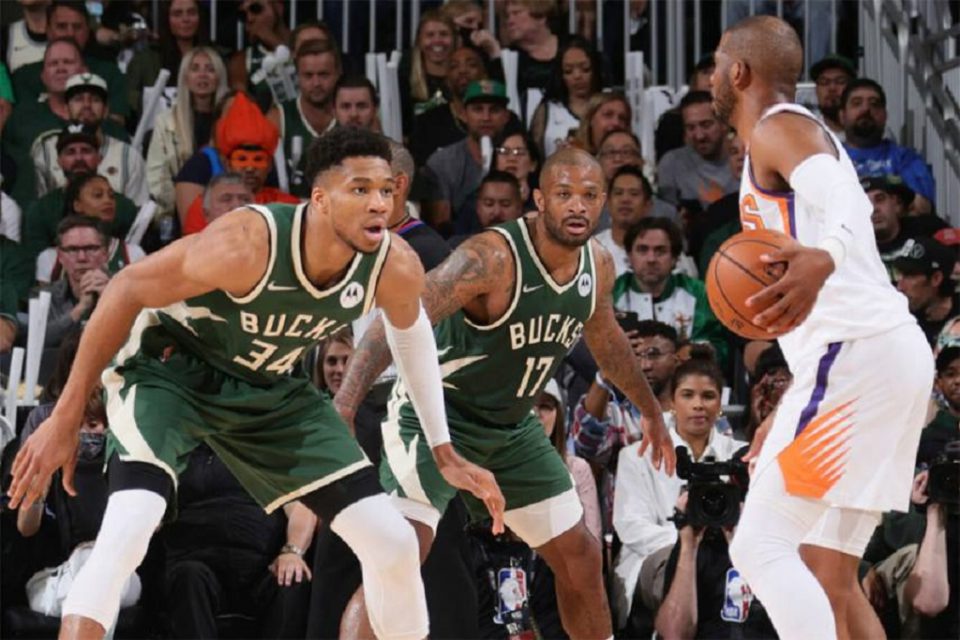 First time in 50 years, the Milwaukee Bucks won their first title in the NBA championship. Giannis Antetokounmpo led the Bucks to the victory. With 50 points, 14 rebounds, and five blocks, he had one of the most remarkable stat lines in NBA Finals history. This achievement resulted in him getting the Finals MVP award.

Although they fell behind 2-0, the Bucks kept going strong, and after winning four straight games, they claimed the Larry O’Brien Trophy. In the further text, we listed few takeaways from the Buck’s winning over Phoenix Suns.

Antetokounmpo’s off the Charts Performance

Antetokounmpo’s performance made him only the seventh player in NBA history to score 50 points or more in a Finals game. Also, he became the first player ever to have 50 points, ten rebounds, and five blocks in a playoff game. He was particularly effective in the second half of the game, scoring 33 of the 50 points.

Only two players scored at least 33 points in the halftime of a Finals game in the last 50 years. The other player is Michael Jordan. He’s probably enjoying all the success that Giannis is having, especially when it comes to statistics, because this world-known basketball player found a new career as a special advisor to online sports betting, so he, in a way, married two of his passions. He often gets into all kinds of bets with people, and it’s a competitive thing for him. After all, he also owns the Charlotte Bobcats basketball team (check how they fare against other NBA teams at online sports betting Canada).

Successful Shots From the Foul Line

Antetokounmpo took the Phoenix’s fouls, stepped to the free-throw line, and made shot after shot. He successfully scored 17 of the 19 attempts, which makes a remarkable 89 percent success rate. Antetokounmpo’s ability to continuously deliver points from the foul line was a significant factor in a game determined by only seven points.

Game-Changing Help From the Bench

Although Antetokounmpo’s performance was vital in the Bucks’ Game 6 victory, he didn’t do it all by himself. Bobby Portis is another player who deserves enormous credit for helping the Bucks win their first championship in 50 years.

While some of Buck’s starters, besides Giannis, struggled to score in the second half of the game, Portis came off the bench and gave the Bucks a much-needed boost. He scored 16 points on 60 percent shooting from the field, adding six points in the final quarter to help secure the victory. Since joining the team last November, Bobby Portis has soon become a crowd favourite in Milwaukee and proved himself in Game 6.

Chris Paul has proven himself as being one of the league’s best point guards throughout his career. Even so, he has a reputation for blowing leads in postseason series, and that habit ultimately followed him to Phoenix. The Suns lost four straight games after going up 2-0 against Bucks, becoming the fourth time in Paul’s career that his team has failed a best-of-seven series after scoring 2-0. He is the first player in history to lose four such series leads.

For a time, it appeared as if Paul would finally win his first NBA title. Although the title is now further out of reach, he’ll get another opportunity to prove himself in the next season.