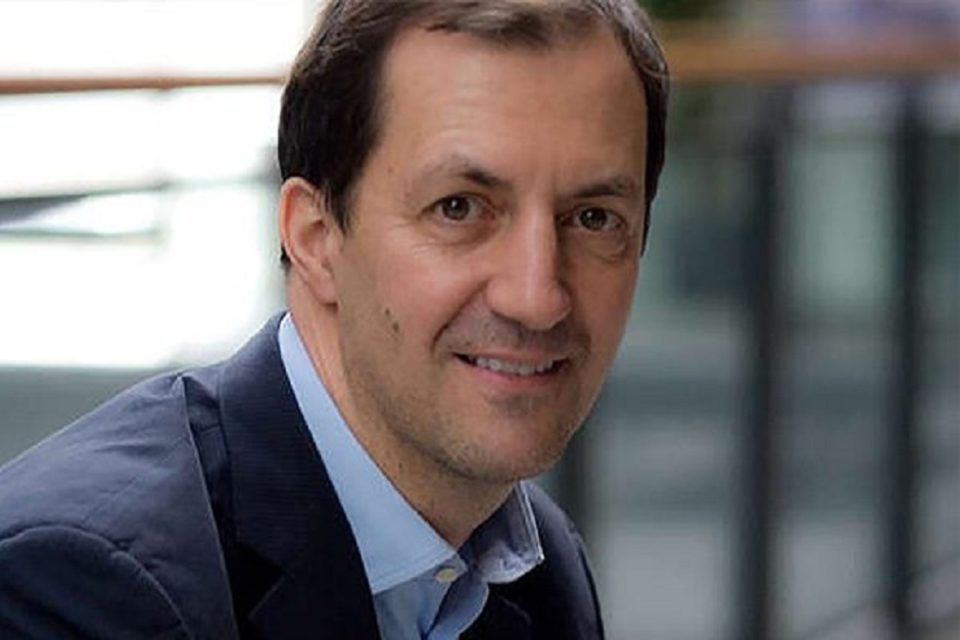 Columnist Andrew Coyne has worked for The Globe and Mail. He was raised in Winnipeg, Canada and Mr. Coyne is both a graduate of the University of Toronto and the London School of Economics‎. He has gained popularity for not only working with The National Post, Maclean’s and Southam News, but also contributing to a wide range of other publications in Canada and abroad, including The New York Times, The Wall Street Journal, National Review, and The Walrus. The Canadian journalist is also a weekly panelist on CBC’s The National.

He earned his master’s degree from the London School of Economics.

Andrew Coyne was born in Ottawa, Ontario, as the son of Hope Meribeth Cameron (née Stobie) and James Elliott Coyne. His father was governor of the Bank of Canada from 1955 to 1961.

Andrew Coyne’s paternal great-grandfather was historian and lawyer James Henry Coyne. Take a look at this plaque which is found in Ontario’s Historical Plaques:

Andrew Coyne may be popular as a journalist today, but his great-grandfather was a lawyer and historian since 1874. In 1906, James Henry Coyne was made a Fellow of the Royal Society of Canada and served as its president from 1926 to 1927.

The journalist’s sister is actress Susan Coyne and he is also the cousin of constitutional lawyer Deborah Coyne, who is the mother of Pierre Trudeau’s youngest child.

After school he studied at the University of Manitoba where he became the editor of The Manitoban student newspaper. Later he spent two years reporting for the Winnipeg Sun.

In 1981, Andrew Coyne transferred to the University of Toronto’s Trinity College, where his classmates included Jim Balsillie, Malcolm Gladwell, Tony Clement, Nigel Wright, Patricia Pearson, Atom Egoyan, and author and political strategist John Duffy. He graduated with a BA in economics and history from Trinity. Perhaps his love for history comes from his great-grandfather who was a historian.

Andrew Coyne then headed to the London School of Economics, where he received his master’s degree in economics.

His father James was governor of the Bank of Canada and his mother’s name is Hope. He has a sister named Susan who is an actress. He is not married.

Andrew Coyne was part of the team that launched the National Post in 1998, and was the paper’s first national affairs columnist. He recently rejoined the National Post, after a stint with Maclean’s magazine where he was a national editor and a columnist from 2007 to 2011.

Previously, Andrew Coyne worked for Southam News (now CanWest News Service) as a nationally syndicated columnist from 1996 to 1998, and as an editor for The Globe and Mail, covering Canadian politics from 1991 to 1996. While at the Globe, he had a regular column and won two consecutive National Newspaper Awards for editorial writing. From 1985 to 1991 he worked as a columnist for the Financial Post.

He frequently appears on TVO’s The Agenda, and is a member of the At Issue panel on CBC.

Andrew Coyne’s career has also included positions as a regular contributor to The National’s At Issue panel since 2005. Andrew is a Fellow of the School of Public Policy and Governance at the University of Toronto.

With topical and timely presentations, Andrew Coyne has the ability to ignite discussions with every audience. He is thoughtful, intrepid, and never afraid to speak his mind. He has established himself over the last two decades as one of this country’s most passionate and articulate commentators on political and economic issues.

After a six-year period as a Financial Post columnist from 1985 to 1991, Coyne joined The Globe and Mail’s editorial board where he won two consecutive National Newspaper Awards for his work. Coyne left the Post in 2007 to work at Maclean’s as an editor.

Andrew Coyne left Maclean’s in 2011 to return to the Post as a columnist. In December 2014, he was appointed to the position of Editor, Editorials and Comment.

After years of writing a weekly Saturday column, Coyne’s contribution was absent from the edition published just prior to the 2015 Canadian federal election, because the column he wanted to submit called for a vote against the Conservative Party of Canada while the Post’s editorial board had endorsed the Conservatives. While Andrew Coyne was the head of the editorial board, the decision to endorse the Conservatives was made by the newspaper’s publisher Paul Godfrey.

On election day, Andrew Coyne revealed publicly that as a result of the paper refusing to run his election column, he was resigning as the Post’s editorial page and comment editor. However, he wanted to remain as a columnist.

Andrew Coyne has also had his work published in The Wall Street Journal, National Review, Saturday Night, the now-defunct Canadian edition of Time, and other publications.

Though he claims he to have a distaste for politics, Andrew Coyne considers himself an optimist and believes that there is a better politics out there – and that it is the role of the media to help bring it out. The columnist has contributed to a wide range of other publications including The New York Times, The Wall Street Journal, National Review, Time and Saturday Night to do so.

Coyne recently stated that he considers the political labels “left” and “right” to be “tribes” of “self-quarantine.”

He has endorsed a strong federal government, more market based economic solutions, and a stronger role for Canada in the War on Terror. Coyne is also a proponent of proportional representation in the House of Commons of Canada and believes Canada should remain a constitutional monarchy rather than become a republic. Andrew Coyne advocated for forgiveness to move on from previous mistakes when politicians get into their news for their misdeeds.

A Guide on How to Remove MSM from Ice with Water