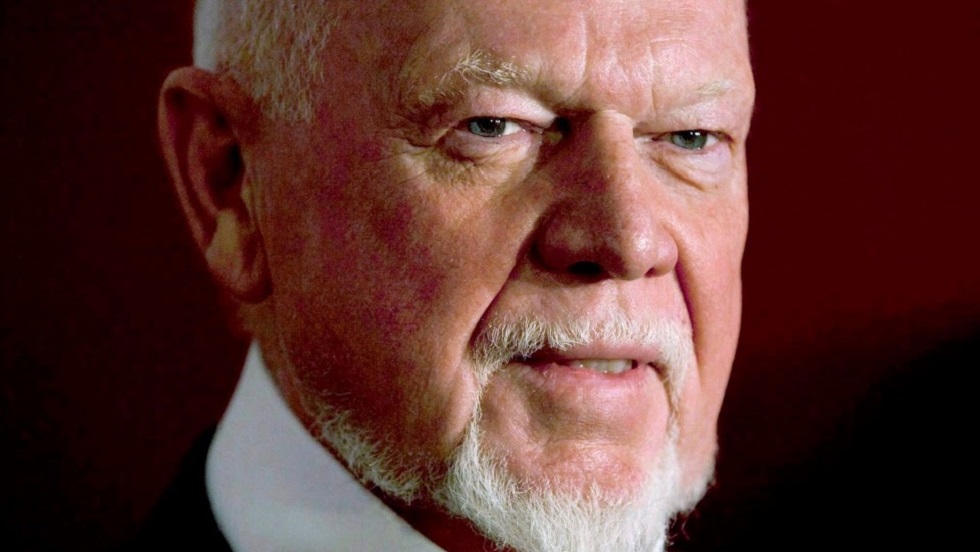 Don Cherry, the infamous hockey broadcaster was taken out after making widely derided comments about immigrants and poppies. He was fired almost 40 years after he began working for “Hockey Night in Canada”. His employer, Sportsnet, condemned the rant as “discriminatory” and “offensive” and within a few days the network announced that Cherry was stepping down from the show.

The controversy was so ripe because public condemnation against Cherry was brewing in such a manner that the Canadian Broadcast Standards Council issued a statement on their website stating that the technical support could no longer keep up with the flood of complaints from the public. Ofcourse, this phenomenon was heightened by social media because this wasn’t the first time Don Cherry made offensive remarks.

These are some things you didn’t know about Don Cherry:

He Was Given The Opportunity To Stay :

According to the hockey broadcaster, he was allegedly not completely fired as he said he was given a chance to stay with Sportsnet after his offensive remarks.

“I could’ve stayed on if I wanted to and knuckled under, and turned into a simp, but that’s not my style,” Cherry said Monday night in an interview with Toronto radio station Newstalk 1010. “I’m unemployed now after 38 years. It’s kind of strange to be unemployed, halfway through the season. And of all days Remembrance Day. It’s sad.”

As a strong advocate of a tough “Canadian” type of hockey, Cherry believes in physical play and fighting to be an important aspect of hockey. Toughness creates respect amongst team players.  He clearly wasn’t one for calling personal injury lawyers when players got into a fight.

The broadcaster’s favourite player of all time is Bobby Orr who he says is the greatest player of all time. He has criticized many players for what he considers dishonourable conduct, but perhaps none more than Ulf Samuelsson and Matt Cooke, whom he considered to be exceptionally dirty players responsible for many severe injuries. An opinionated spokesperson, he has strongly criticized the direction taken by the National Hockey League in recent years, reducing fighting in favour of speed and skill. In particular some rules that he criticizes include touch-up icing and the instigator rule. Not at all unpredictable, but his other criticisms include players who celebrate after scoring goals. He once heavily publicized junior prospect Sidney Crosby for being a “hot dog” because of the way Crosby slid around on his knees after scoring. He also disapproved of a tricky behind-the-net goal the young star pulled off when a game was already out of reach for the team he scored on.

As a staunch supporter of women’s hockey, Don Cherry was thanked by Canadian Hockey chairman Bob MacKinnon stating “The growing popularity of the women’s game in our country owes a great deal to Don and Rose Cherry… Don has been a strong supporter of the female game since the early 1980s and continues to speak out in favour of women’s hockey. It’s a pleasure for me, as chairman of Canadian Hockey, to be a part of this tribute to Rose Cherry, who was a keen supporter of female hockey herself.”

What Else Has He Said Before?

Cherry sparked nationwide outrage over remarks he made on Coach’s Corner with comments about immigrants and poppies.

But before that in 2018, Don Cherry called people who believe in climate change the term “cuckaloos.” During a segment he questioned MacLean about whether he and his “left-wing pinko friends” could explain higher temperatures in the face of cold weather. When his co-host dodged the question, Cherry kept at it stating: “I’m just asking you, the “cuckaloos” are always saying there are warming trends,  we’re freezing to death.”

2013 was the year when he made the most inappropriate remarks. In January 2013, he used Twitter to remark at Canadian aid sent to Haiti, which had experienced an earthquake:

“You know, I am one of those guys, like most people in Canada, we like to help the countries all over the world. But sometimes it makes you wonder,” he tweeted at the time. “Maybe it’s just me. But Canada gave Haiti 49.5 million dollars last year. Are we nuts?”

During yet another Coach’s Corner showing, Don Cherry made comments about women not belonging in men’s locker rooms. He made headlines for discussing a controversy around a hockey player who was facing criticism for what some called a sexist response to a female reporter who asked the player a question after a game. He essentially thought the female reporter should not have been in the men’s dressing room.

“I don’t believe women should be in the male dressing room,” Cherry commented at the time.

In March 2013, Cherry ranted on Twitter to express frustration with a verdict that sent a criminal who killed a Toronto police officer with a snowplow to a psychiatric hospital instead of prison. Don Cherry had said that he couldn’t believe the man was found not criminally responsible for the officer’s death. The court verdict, though, said that the man would be assessed and treated at a psychiatric facility, and would only be released if a review board determined he was not a significant threat to the public.

Way back in 1998, Don Cherry slammed Quebecers as “whiners,” as seen in a Toronto Star article from 2013 that rounded up his most controversial moments.

The Internet Was A “game-changer” For Don Cherry:

A sports journalist penned down his thoughts that many people were thinking during the time of these remarks. Journalist Bruce Dowbiggin said that the only surprise is that “it’s taken this long.” He finally said something serious enough that a broadcaster would want to get rid of him,” Dowbiggin told Global News.

“He had nine lives,” the journalist said of Cherry’s career which was full of making controversial commentaries. “That part of it has always been a bit of a mystery to us in the business, how he escaped.” A hockey enthusiast and historian Liam Maguire said Cherry’s latest controversy was “by far the worst.” “I mean, we just went through arguably the most divisive election in the country’s history,” he said. Interestingly, it was Liam who said that the internet was a game changer.

“Now you have literally in the blink of an eye millions of Canadians who are able to weigh in on this,” he said.

These two have clearly pointed out that money played a role in the longevity of Don Cherry’s career. In today’s world, the most controversial people get paid the most.

Throughout his career on television, Don Cherry has generated significant controversy about both hockey and politics.

Don Cherry berated MacLean about being neutral on the war and strongly criticized the Canadian government for failing to support the U.S. in the war. He appeared on the American radio program The Jim Rome Show the following week, stating, “You have to realize the CBC is government owned. You have to say the government was against [the invasion of Iraq] and I’m for it and I’m on a government program. I really thought this could be the end.”

After appearing in the House of Commons of Canada on November 7, 2006, he formally stated his support for Prime Minister Stephen Harper, whom he called “a grinder and a mucker” by saying “I give a thumbs up to Stephen Harper for sure. He supports the troops and I support the troops.”

In December 2010, Cherry attended an inaugural meeting of Toronto City Council, where he placed the chain of office around Mayor Rob Ford’s neck. The broadcaster was asked to say a few remarks and he opened by stating “I’m wearing pink for all the pinkos out there that ride bicycles and everything, I thought I’d get it in.” He then went on to state that he had “been ripped to shreds by the left-wing pinko newspapers out there” and ended saying “And that’s why I say he’s gonna be the greatest mayor this city has ever, ever seen, as far as I’m concerned! And put that in your pipe, you left-wing kooks.” Cherry is also a strong supporter of the Canadian Forces, police officers, and veterans.

Don Cherry was born in Ontario on Feb. 5, 1934. His full name is Donald Stewart Cherry but most people know him by his nickname across the country for his commentary and opinions.

In his early years, he was a big fan of playing and got started in minor league hockey in 1954 playing for the Hershey Bears and stayed with them over 16 seasons and was called up to the National Hockey League for a single game in 1955. During his first year with the Hershey Bears of the American Hockey League, he would go on to meet his future wife Rosemarie (Rose) Cherry née Madelyn Martini (born 1935 in Hershey, Pennsylvania). His ex-wife Rose was hugely influential in Don’s life and due to Don’s minor-league hockey lifestyle, the family  moved 53 times; they rarely had decent housing or furnishings, and Don was often away playing during major events, such as the birth of their daughter and first child, Cindy Cherry.

Sadly,  Rose died of liver cancer on June 1, 1997 and in honour of her perseverance, Don created Rose Cherry’s Home for Kids.

When Don quit hockey in 1969, it wouldn’t last long because he came back  briefly as a player in 1971 and then as a coach in 1972. He worked for the Boston Bruins, followed by the Colorado Rockies — it was from this latter position that he was fired and then left the National Hockey League for good in 1980. That same year, he started appearing on a segment called Coach’s Corner on Hockey Night in Canada.

After this gig, we have been listening to the man in our living rooms making him one of the most common household names in Canada to hockey fans. Funnily, the same popularity and reach would great sparks of controversy that would go on to end his career.

Where To Invest Money In Canada: Best Investment Options in the Country