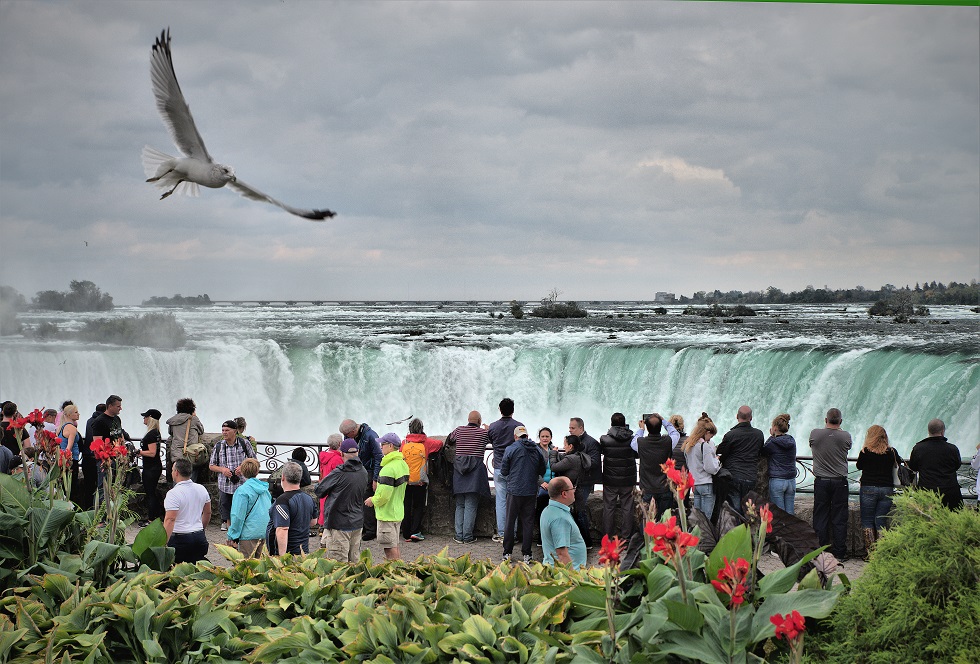 Anyone with gumption and who likes to take advantage of opportunities close by, can check out our list of the unsung things to do in Ontario. There’s more to see in Ontario than what’s in Toronto or Lake Ontario. Most of the things listed are so unusual that they don’t make them like these anymore.

Cool Things To Do in Ontario

Only a well preserved network of cavernous tunnels can turn sewage into a landmark.

As the silent centuries removed Ontario’s waste, they created a secret underworld begging to be explored. Large cities have elaborately designed and maintained sewers. And very old cities have cavernous, legendary sewers. What makes this place magical to see if the way fictional stories have always painted a sewer should be: wide and high-ceilinged; a perfect size for rebel troops, escaping bank robbers, or teenage mutant ninja turtles.

Speaking of stories, did you know that every leg of the sewer has one? The Garrison Creek Sewer designed smoothly and circular like a pneumatic tube, was once a creek! During the late 1800s, the creek had become highly trafficked with human waste, therefore the city wisely thought it best to just go ahead and bury the creek.

What’s interesting is that when you think of how it’s over a 100 years old, it’s beauty is still well maintained. To imagine it as once being a natural above ground waterflow, and just as shocking!

Today, our smaller sewers don’t stand to compare in awe as much as the strangely romantic notion of a network of underground tunnels ripe for exploration.

Daring adventurers and mischievous youths walk into the city’s underground passageways to map their trajectory and examine their current state. So it’s safe to say that this marvel of public engineering is going to be first on your list of things to do in Ontario if you’re into unusual yet interesting experiences.

Entrances to the tunnels are exactly where you’d expect them to be – manholes, maintenance shafts, spillways and water treatment offshoots, but entry is not technically allowed, of course.

Visits are permission only with guidance by a public works employee.

Address: Northern Bruce Peninsula, ON N0H 2R0, Canada. Access from the Cyprus Lake campground. Approximately a 45 minute hike. Maps are available at the entrance. You can enter from both the cave mouths at Lake level and via a rocky chimney which can be found just off the main trail.

Next up on our list of intriguing things to do in Ontario is located along Ontario’s Bruce Peninsula, the lovely Georgian Bay’s cave known simply as “The Grotto,”. This sea cave has attracted visitors with its startlingly blue waters. It was formed from a natural stone over thousands of years of erosion making it a great destination in Bruce Peninsula National Park.

The vibrant blue waters are formed thanks to the light that emanates from an underwater tunnel in the grotto.  The water is also known for being incredibly cold, although it does not deter swimmers from diving in anyway. The extremely adventurous can therefore, go swim in the ice cold water and several scuba diving groups also go down into the grotto. Another thing you have to be careful of is the number of bears in the vicinity of the park. Be careful on your way to the grotto.

All in all, the cave is a favorite stop for people out on a hike, checking out the boulder beaches on the coast, or just looking for a nice, secret place to take in the scenery.

Cost: Free entry but do private one for just $10 per person and tours run an hour, just $5 for seniors and kids.

This garden first bloomed in 1858 with a five-acre plot of land. In 1879, the site housed a wood, iron, and glass conservancy, which hosted flower shows and concerts.

Then, a fire licked through in 1902. Many of the plants were scorched to a crisp, and the structure itself was reduced to “a heap of ruins.” A new crop took root when the Palm House dome opened in 1910. Over the years, the whole structure now spans 16,000 square feet.

The gardens started in the Victorian era and later it had been the site of political activism, as it became a place of protests against poverty and nuclear weapons. Then a violent skirmish erupted in 1965, when a handful of suspected Nazi sympathizers were beaten in front of a crowd of thousands.

One of the best times to visit is during December or early January for the Conservatory’s holiday flower show. As the holiday show closes up, you can still enjoy seasonal shows, including one to herald spring with hundreds of hydrangeas and Easter lilies.

Visit Ontario’s most incredible rare book collections with hundreds of thousands of gorgeous tomes that the general public can touch.

One of the greatest libraries in Canada, the Thomas Fisher Rare Book Library houses the Rare and Special collections of the University of Toronto. Plus, any visitor can request to personally view and handle the library’s holdings.

While it holds around 700,000 volumes and 3,000 meters of manuscripts, a few collections stand out like a fantastic collection of “monster” volumes spanning from reprints of ancient works to 18th century catalogues. These include Cicero’s Book of Natural History and Ulyssis Androvandi’s Monstrorum Historiae (1642) and Palfijn’s version of Licetus’ Book of Monsters (1708).

You can also check out a treasure trove of beautiful Alice in Wonderland editions, numerous historical printings of Shakespeare’s works, and a small cache of ancient papyrus writings.

For those more interested in medical obscura, see the famous anatomist Andreas Vesalius (1514–1564). Many of these anatomical volumes have been made accessible as part of the library’s digital collection – the online Anatomia collection alone features 4,500 digitized images representing works dating from 1522 to 1867.

This Toronto garden is tended a little differently than the others. Instead of flowers, the gardener responsible for 37 Bertmount Avenue prefers to plant Superheros, Hello Kitties, mermaids, and troll dolls.

Address: The house in the Leslieville section of Toronto, on Bertmont Avenue (between Queen St. E and Dundas St. E), not far from the Harbourfront.

Owner Shirley Sumaiser has been collecting her stuffed figures for over twenty years, using them to fill up her little plot of Leslieville.

Along with toys, stuffed animals, plaques, and signs, some hung from the fence they create a landscape cacophony. She updates her collection every holiday and all the seasons.

Shutterbugs are passionate about this place but also it’s nice to know that Shirley started this hobby after her husband had sadly passed away. Two decades later, and her Doll House is a beacon for the neighborhood in Leslieville.

The only castle in Toronto, this one is a 98-room castle in the middle of Toronto that bankrupted a 19th century electricity multimillionaire.  Did you know that many movies have been filmed here including some of the X-Men movies?

The Casa Loma and Sir Henry Mill Pellatt are a large part of Toronto history. He was a Canadian soldier and financier who gained immense wealth from founding the Toronto Electric Light Company in 1883. It helped to bring electricity to the streetlights of Canada’s largest city.

He became a chairman of 21 companies, owned railroads, generated electricity from Niagara Falls, and was knighted for his military service. His monopoly grew for a full 28 years until 1911, when he decided to  $17 million (modern-day $412 million) to build a personal castle in Ontario.

In 1920, the Canadian electricity market was made publicly owned destroying his main source of income. Sir Pellatt owed over a million dollars to the Home Bank of Canada and was in so much debt that he sold everything he could, for an average of 17% of its original cost and had to sell his palace and move out.

Nowadays, Casa Loma is owned by the city. Even though Pellatt sold its bear skin rugs, bronze buffalo head, and the grand marble fountain featuring statues of children holding up a dolphin, Casa Loma still holds many of its original attributes including a 10,000-book library,

a stained glass ceiling, the plant-filled conservatory complete with a marble floor and the 60-foot-tall Great Hall with wooden chandeliers and sculpted figures on its pillars. Other collections still include the mahogany stables built with a Spanish tile floor suited for the hooves of the horses.

A book collector’s dream, all of the books lining the shelves of Stephen Fowler’s bookstore are ones you couldn’t possibly find anywhere else. The Monkey’s Paw has the world’s first “Biblio-Mat ”, a random book vending machine.

Address: 1067 Bloor St. W Toronto ON M6H 1M5. There are no signs on the outside, you’ll know you are close when you pass by Garfield Eats which is a Garfield themed snack place. Making the Monkey Paw an interesting walk to say the least.

Cost: Tokens are the checkout for $3 apiece.

Owner Stephen Fowler opened The Monkey’s Paw in March 2006 and since then, it has been a haven for antiquarians. Especially with medical drawings on the wall and a stuffed crow on a typewriter.

The unusual store, is one of the things to do in Ontario if you are a fan of horror. Named after a horror short story by author W.W. Jacobs, the Monkey Paw has old books that range from topics as diverse as the art of predicting female character traits according to breast shape to Canadian Egg Laying Contests.

Stephen Fowler divided books into these categories: the beautiful, the arcane, the macabre and the absurd. Monkey’s Paw also has a custom-made vending machine that will dispense a randomly selected vintage volume when a token is inserted.

A garden auditorium is inside the world’s last operating Edwardian double-decker theater.

Last on our list of unusual things to do in Ontario, is this theatre with leafy plants cascading downward, cloaking the ceiling in a veil of flora.

Each performance here feels like an enchanting garden adventure. A 90-minute paid guided tour is available on Mondays and Saturdays. Alternatively, book a show and experience the theaters as they were originally intended!

The Elgin Theatre on the ground floor was traditionally decorated in royal red and decadent gold with classical references, in 1913, but the architect had a more novel idea for the Winter Garden seven stories above.

Crafted to bring the outside in, the walls were painted with murals of plants, trellises, and even the odd lamppost while the ceiling was covered with real dried leaves and even tree barks.  The stage area itself is designed to look like the sky, with painted clouds and an illuminated Moon.

Originally built to stage variety performances known as vaudeville (a comical, musical and theatre act popular in 1800 to early 1900) by the 1920s the rise of the film industry had reduced the popularity of the genre. Because of lower audience numbers, the Elgin Theatre was converted into a cinema. In 1928, however, after just 15 years in operation, the doors to the Winter Garden were simply locked for the next 53 years.

Now a working theater once again, the Elgin Winter Garden is the world’s only example of a double-decker Edwardian theater still in operation.

18 Things To Do In Canmore

10 Reasons to Visit the Lakshadweep Islands