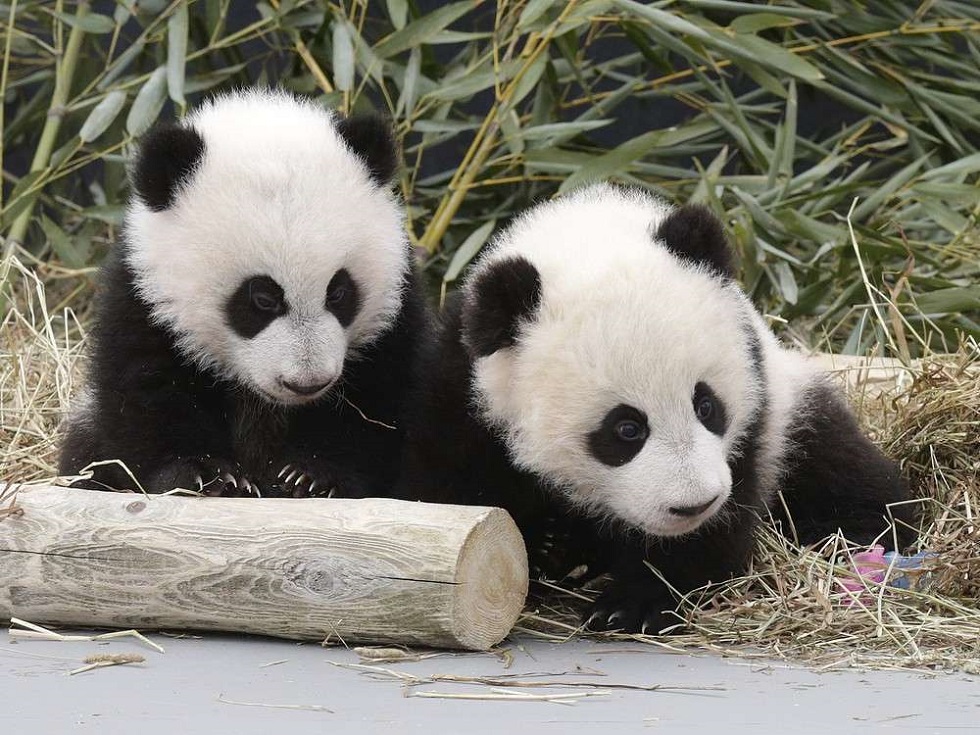 The city is home to Toronto Stock Exchange & Canada’s five largest banks. The city was called by many different names since its establishment.

Toronto is a city with a multicultural environment. The current population of Toronto in 2019 is 6,139,000 out of which nearly 47% are immigrants. The city continues to grow and attract immigrants. Toronto is well known for its history, food, diversity, etc. Although it’s very difficult to mark out all the attractions. I have tried to mark the major attractions of the city.

The CN Tower is a 533.3m high concrete communications and observation tower located in Downtown Toronto, Ontario Canada. It is built on railway lands and was completed in the year 1976. ”CN” stands for Canadian National, the railway company which built that tower. The CN Tower holds the record for the world’s tallest freestanding structure for 32 years until 2007 when it was surpassed by the Burj Khalifa and was the world’s tallest tower until 2009 when it was surpassed by the Canton Tower. It is considered to be the most iconic tower in the Toronto skyline. The tower offers the view of the whole city and harbor from its observation deck. It has a glass floor and restaurant on the main deck. Generally, the ticket is for 35$, plus another 12$ for the Skypod. The Skypod is one of the highest observation platforms in the world and is located at 447m(1465ft), high above the city. Under ideal conditions, one can see up to 160 km away till Niagara Falls and New York State.

Ripley’s Aquarium is home to 16000 underwater creatures from all around the world. It is located in Downtown Toronto. The aquarium holds 5.7 million liters (1.5 million gallons) of water and shows marine and freshwater habitats from around the world. The aquarium is organized into ten galleries: Canadian Waters, Rainbow Reef, Dangerous Lagoon, Discovery Center, The Gallery, Ray Bay, Swarm: Nature by Numbers, Planet Jellies, Life Support Systems, and the Shoreline Gallery.

The Aquarium features Sharks, Lobsters, Eels, Octopus, etc. It is mostly famous for its Dangerous Lagoon Gallery which is an underwater tunnel with a moving conveyor belt. It is the aquarium’s largest tank and has some deadliest creatures like sandbar shark, tiger shark, long comb sawfish, etc.

Every two hours there are Interactive dive shows planned. It is open 365 days a year, usually from 9 am to 11 pm. The ticket costs about 33$ for adults and 23$ for kids.

Do you love hockey? Then you must visit the home to the largest collection of hockey memorabilia. It was established in the year 1943 and later in 1958 was relocated to Toronto. The brightest stars who have dazzled during Hockey Night in Canada are enshrined here.

It even includes Stanley Cup & NHL trophies inside a bank vault. As a hall of fame, new members are inducted annually each November; inductees include players, coaches, commentators, and others. Hockey is Canada’s national winter sport. It is open every day except Christmas and Induction Day (changes yearly, check their website) until 5:00, Saturdays until 6:00. Its ticket prices for around 20$ for adults and 14$ for kids.

Canada’s largest museum showcases everything from art and archaeology to natural science in over forty galleries.  and over six million items, covering natural history (meteorites and dinosaurs), culture (historical exhibits), and art (Near East, European, African, Canadian, and South Asian styles). More than one million people visit the Royal Ontario Museum every year. The museum contains 6,000,000 items and 40 galleries in total. The museum has a diverse collection of world culture and natural history contributing to international reputation. The museum has a collection of dinosaurs, minerals, and meteorites. It also has Canadian & European historical artifacts. It displays art from places like Africa & East Asia.

The museum is the house of the world’s largest collection of fossils from the Burgess Shale with more than 150,000 specimens. It also contains an extensive collection of design and fine art, including clothing, interior, and product design.

The Distillery District is a great place to spend a few hours if you are in downtown Toronto and want to distract yourself from the usual downtown stuff. The district promotes a small group of visionaries who not only want to launch a business but want to create a unique and distinct neighborhood. No place here runs on a multi-chain model, all of them are one of a kind. It is stretched to 13 acres in land, with a beautiful group of Victorian buildings. This area is designated for cycles and pedestrians, cars are allowed only till the borders. The time circle has frozen here and people love it that way. It has plenty of high-end boutique shops, restaurants, chocolate factory and brewery. It is a perfect place to spend your afternoon shopping and dining from the unique outlets.

St. Lawrence Market is named as the world’s best food market by National Geographic. This market started in the year 1803 and has been going on the area since then. Originally the market started as a weekly market under a temporary structure, but later was constructed into the wooden structure and then into solid brick structure. The South Market houses more than 120 vendors selling fresh produce, baked goods, dairy products, meats and more. The North Market acts as a farmers market on Saturdays and an antique market on Sundays. Various other events are held on weekdays. The market is closed on Mondays and Sundays( except for antique vendors).

Yes, you heard it right there is a castle in a place like Toronto. It is somewhere around 100 years old. Casa Loma is considered a landmark site, which was built by Sir Henry Mill Pellatt in the early 19th century. The castle took three years to build, though the 3rd floor was never completed and the marble stairway which was supposed to lead the way up was lost at sea. It features secret passageways, towers, and an oven big enough to roast an entire bull.

Pellatt during his hard times had to move out of the castle after ten years only. The castle has become a hotel and a tourist attraction site since then. It was also featured in the famous movie “Harry Potter”.It is open every day except Christmas. General entrance fee is about 25$ and the last entry is around 4:30 pm.

A thousand shoes and related artifacts are displayed on the wall of The Bata Shoe Museum. The collection features more than 13000 types of shoes. It has a collection showcasing 4500 years of history. It includes Chinese bound foot shoes, Egyptian sandals, celebrity footwear, ballroom slippers worn by Queen Victoria herself and nearly everything in between.

Bata Shoe Museum focuses on footwear from all around the world, from ancient history to modern technology. A total of 4 exhibits are on display at any given time, 1 of which is fixed and covers a general overview of the history of shoes from the past 4500 years. The history section has some gems like the Dalai Lama’s flip flops, Marilyn Monroe’s high heels and Elton John’s platforms.

The museum is open every day of the year except Christmas and Good Friday. General Entry Ticket is for $14, except on Thursday evening where there is a special offer of “ pay what you can, ” a suggested donation is for $5.

Want to escape the city and just relax? Here is a solution for you guys. You can take a ferry to The Toronto Islands. The best thing is you can bring your bike as well and carry it along with the ferry. You can sit by the water, suntan yourself at the beach, have a little picnic, or take your family to Centreville or Centre Island to check out their amazing rides. There are many fun activities to do. Centreville has 14 food outlets and 30 rides in total. There is a ride for everyone no matter if you are a kid or an adult. It’s also a great place to view Toronto’s skyline.

Toronto zoo is a home for over 5000 animals covering 450 species, which include a wide range of creatures from all over the world. The Zoo itself is divided into seven geographic regions: Indo-Malaysia, Africa, The Americas, Australasia, Eurasia, Canadian Domain, and the Tundra Trek. Animals are either living in their natural habitat or living indoors in tropical pavilions.

There are few Chinatown spread across Toronto but the oldest is The Old Chinatown.

There are several shops, restaurants, historic activities and spas to check out when you visit Chinatown. You can easily spend your whole weekend in Chinatown without having to worry.

Chinatown offers one of the best Chinese cuisines in the town. They offer delicacies like savoring made from scratch dim sum, rich Peking duck, and fresh-baked sweets. You can stock up on teas and ancient Chinese herbal medicines. At Chinese new year the whole street is lit up with Chinese red lanterns, lion dancers, martial arts performances, music and more. Many restaurants run a special offer to celebrate the Chinese New Year. You can also grab the Chinese handicrafts which are available in many places. People can hire guides which will guide you through Chinese history, cuisines and a lot more.

I hope this article makes your Toronto travel plan easy . Toronto has many gems which can’t be covered in one article. I have tried to list the most important places that one must visit.

The Very Best Movies to Watch on Netflix Canada

Travelling to Europe This Summer? 6 Things You Should Know