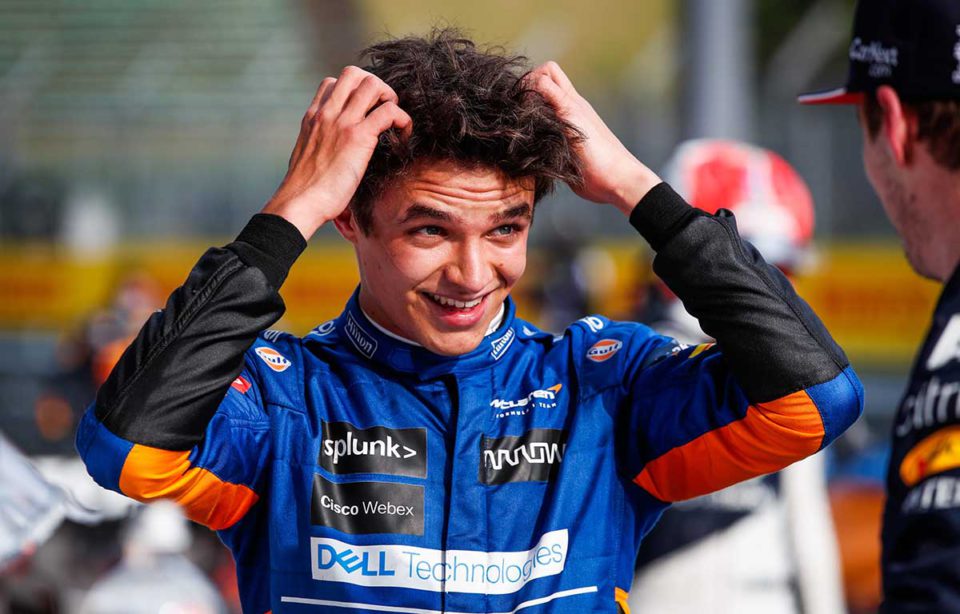 Formula 1 is certainly not for the timid. And Lando Norris certainly isn’t scared. So today, we present the story of one of the most famous F1 drivers from the UK.

We are writing specifically about Lando because the world expected him to reach the podium in the recent British GP. Also, Lewis Hamilton was expected to win, which he duly did. In the end, Norris failed to make the podium, coming 4th some 17 seconds after Valtteri Boras. Still, we think it would be interesting for you to read about his rise and life story.

There were a lot of other missed opportunities for his first career win, like in Monza, where McLaren had a 1-2, Norris being the second on the podium. This win caught off guard a lot of its support, as well as betting fans. People also expected a lot from the Canadian Grand Prix, as tracks configuration suited the new MCL35M Formula car, so many local sports betting Canada websites gave them good odds for taking the trophy out of this one. Unfortunately, that Grand Prix got cancelled in the end, but Lando did end up getting a couple of other podiums in Monaco and Austria.

Lando was born to a wealthy family, which is not surprising considering racing is a costly sport at a young age. Because of his mother, Cisca, from Belgium, he holds both Belgian and British citizenship. Because of his quick success in the sport, he never even finished his GCSEs, a form of academic qualification that takes approximately 11 years of education in England.  It seems the sport is in his blood as his brother was also involved in karting on a competitive level.

Car racing was Lando’s first choice, and it was actually motorcycle racing. The change of heart came after his father took him to see a round of the Super 1 National Kart Championship at his local kart track. He advanced quickly when he claimed pole position at his first national event at an incredibly young age of seven. Aged 14, he won the CIK FIA European Championship and the International Super Cup. Plus the SWK Euro series. Next year, he won the CIK-FIA KF World Championship, becoming the youngest world champion in karting.

You can see that his father had the big picture (and the long term) in mind as he pushed Lando to compete in both the KF and Rotax karting categories to broaden his experience, especially relating to a different kind of equipment.

But Lando didn’t stop there. He raced full-time with Carlin in the 2017 European Formula 3 Championship, finishing on the podium in twenty of the thirty races, including eight pole positions and nine wins.

Norris competed full-time in the 2018 FIA Formula 2 Championship, finishing in second place even though he held the championship lead until the sixth round of Red Bull Ring.

Then in early 2017 came a big break for Lando. He got signed as a junior driver with McLaren. He set the second-fastest lap on the second day of the Hungaroring test when tested later that year. Later the same year, he became the official McLaren test and reserve driver for the 2018 season.

For the 2019 Formula One World Championship, Norris got contracted to drive for McLaren. Again, he was partnered with Carlos Sainz Jr. Finally, during his debut year, Norris signed a multi-year contract from 2020 to 2022 to stay with McLaren.

With so much potential showed from such a young age, who knows what awaits this young driver next?