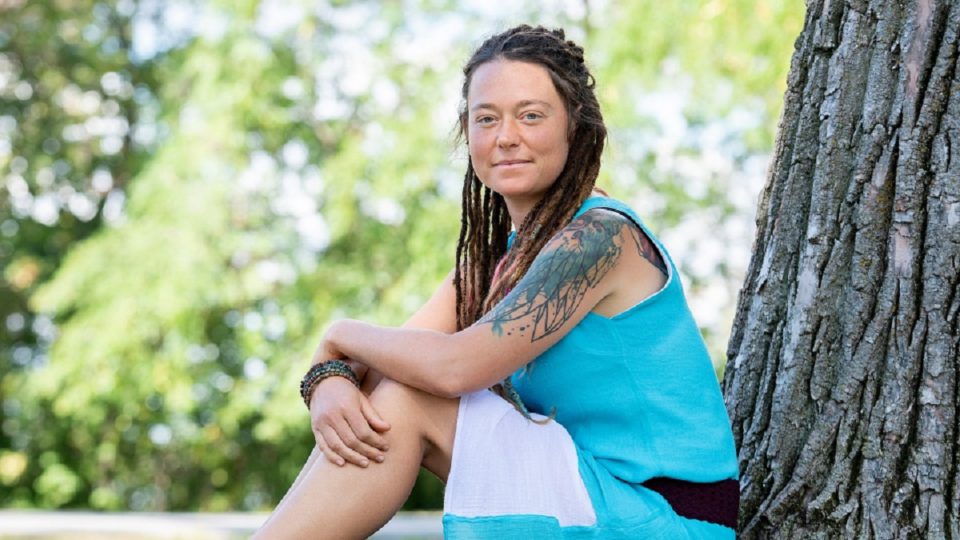 Edith Blais is a Canadian woman who is famous for being abducted by terrorists in West Africa and spending more than a year in captivity. She released her book “The Hourglass, Hostage in the Sahara for 450 Days” on September 21st, 2021. The book recounted Edith Blais’ harrowing experience and has been selling very well since its launch. Let’s find out more.

Edith Blais: To Hell and Back

What is Edith Blais doing now?

Her book The Hourglass, Hostage in the Sahara for 450 Days was released on September 21st, 2021. In the book, she talked about her interminable captivity in the heart of the Sahara. But now she’s doing really well, “better than I even thought”, she said. And she doesn’t blame herself, forgives herself. She feels that she has learned to pay more attention, to be calmer and more confident. “We all do stupid things. Yes, I may have been too reckless, but all’s well that ends well”, Blais said.

“I left this summer in the West, to recharge my batteries. Looks like I’ve been feeling better since then. Even almost stronger. What doesn’t kill us makes us stronger, I’m there”, Blais said about her current state of mind.

A state of mind that contrasts with the one who lived there barely a few months earlier, at the time of her escape. At this point, Edith and her Italian companion, Luca Tacchetto, decided that they must try everything and escape, at the risk of losing their lives. They then estimated their chances of getting out of it at 10%. Speaking on this, Blais said: “We did the math, me and Luca. We said to ourselves 80% chance that they will catch up with us, 10% chance that we die in the desert.”

Why did Edith Blais go to Africa?

The decision to go to Benin was taken on a whim. Initially, this December 15, 2018, the couple of friends had to leave Burkina Faso to go to Togo. But Edith Blais and Luca Tacchetto only had a three-day visa. They decided at the last minute to go to Benin.

It was late at night, they ran out of time to go on [Internet] and see border security. And finally, W Park was known to be dangerous.

This will turn out to be, in Edith Blais’ own opinion, a very big mistake. On the road, they were attacked by six men armed with Kalashnikovs. Some men left with the car, the others pushed Edith and Luca into the woods to hide them.

At first, Edith Blais didn’t think she was kidnapped. She just thought that she was going to be robbed and murdered. Soon enough, she understood that it was the jihadists who had kidnapped her, and that there was going to be a demand for ransom.

Once this realization dawned on Edith and Luca, they looked at each other, and said to each other: “It’s done”. They held hands and waited to see what was happening.

How was Edith Blais hidden by her kidnappers?

The kidnappers spent the following days moving them. Once the Niger River was crossed, Edith and her companion landed in the hands of the Arabs of the desert and continued their journey through the Sahara. It was to stay hidden. Especially in the desert. They made little shelters for the duo, and they had to lie down.

What conditions was Edith Blais staying under?

Speaking about the conditions during that time, Edith Blais said: ”The heat is aggressive. Even the flies, they are always in your eyes and your mucous membranes. 24 hours a day. With noise. You have thorns everywhere. The desert is not all sweet.”

How did Edith Blais end her ordeal?

Edith and Luca went on a hunger strike to end their ordeal because they could not see each other standing idly by and the options were rather limited. From the 20th day, the jihadists decided to stop giving them water. And it lasted five days. The duo started eating again because Edith Blais was really not doing well.

Why was Edith Blais lied to?

After weeks of traveling, Edith was told she would be returning to Canada. A lie to separate her from her companion. She found herself in a white tent with three other women, including Sophie Petronin, who had been there for several years. Sophie Petronin proved to be of invaluable support for Edith, especially in the many times of despair.

Speaking about that, Edith Blais said: “I didn’t remember hearing stories that there had been rescues, she said. All I could hear was that these people had been there for years and years. You keep a little hope, but you say to yourself, “I’m in deep shit. Maybe I’ll end up here.”

If everyday life is sometimes tolerable, distress can easily take over.”

How long did Edith Blais stay away from Luca Tacchetto?

Edith’s separation from Luca was very, very hard. She had a hard time getting over it; she stayed alone for six months, almost turning insane in the process.

How did Edith Blais reunite with Luca Tacchetto?

Months go by before she could Luca. In the hope of being reunited with him, she announced to her captors that she was converting to Islam. But she procrastinated for a long time before taking this path. At first, she didn’t want to lie, out of respect for religion but decided to do so in the end.

The strategy turned out to be a winning one. The kidnappers, believing that they are married, agreed to reunite them. Thanks to that, they got back together and ran away.

How did Edith Blais escape the kidnappers?

As soon as she reunited with Luca, the couple hatched an escape plan. They collected the shower water, to drink during their escape, and made a pair of makeshift shoes for Luca. The night of their escape, they decide to head west, hoping to reach the road connecting Kidal and Timbuktu.

Speaking about the escape attempt, Edith Blais said: “You do it a little in desperation because there is not much chance of succeeding. I think I did not breathe for an hour. Afterward, you have an adrenaline rush, you already feel the freedom. You have decided to take charge of your life. Even though I was only free for one night, you were free.”

Luck was finally on their side. They walked for almost 10 hours before coming across a big road. A truck of goods, going towards Kidal, agreed to take them on board.

How did a truck driver save Edith Blais?

Once, there was a truck of mujahedin that came up from behind and tried to search the truck. The truck driver went to the side and they chatted. Thankfully, the truck driver lied, because he knew, it was too obvious, it was written everywhere that the duo was running away.

Was Edith Blais assaulted by her kidnappers?

Edith claims that she was not physically assaulted by her captors. They still have a straight line. They do not deviate from what they believe to be true and what the leaders say. They never abused her or hit her.

She even showed a certain empathy towards her torturers. She said: “It’s hard to blame them. They are convinced. I have discovered that men who are convinced are dangerous. There is no reflection in this. What is said, they do.”

What did Edith Blais say about her decision to go on a trip to West Africa?

“It was a very big mistake. She admits it bluntly. A last-minute decision, which landed her in the hands of jihadists for 450 days.

How has Edith Blais’ life been since her kidnapping?

Edith Blais admitted that she and Luca have suffered a lot, but she became a philosopher. No one has serious consequences from this.

The experience even had a catalytic effect for Luca, says Edith. He had dreams that he realized when he arrived home, she says. An architect by profession, he became an art teacher and now lives in the Italian mountains.

Has the kidnapping made Edith Blais less adventurous?

Thankfully, that is not the case. While she isn’t planning to go back to Africa, she is definitely looking forward to going out and exploring the world again. Edith Blais has planned to visit South America after the COVID restrictions are lifted.

Sophie Desmarais: 10 Rare And Interesting Facts About The Actress

How Fire Alarm Testing Is Done?