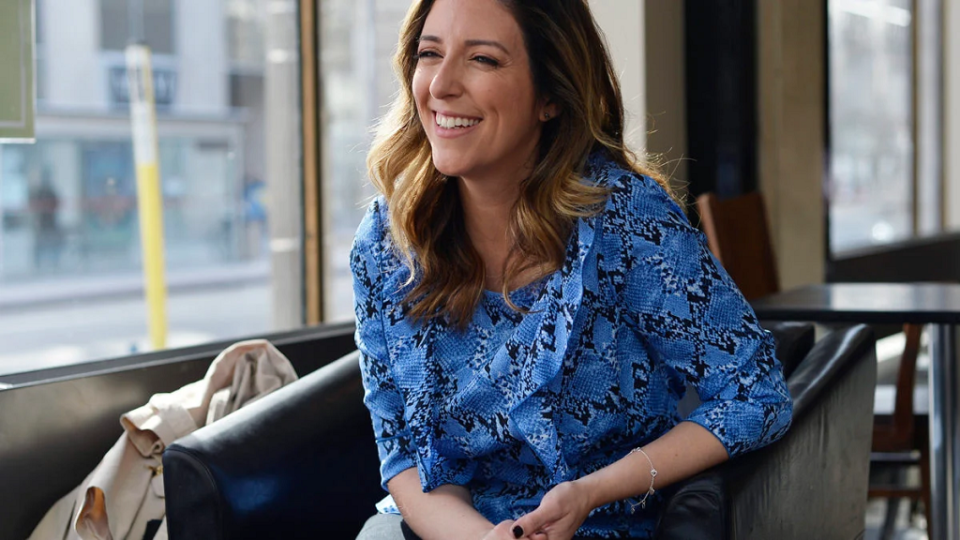 In order to help your viewers make sense of the world, you yourself need to be a very driven person. Day in and day out, what seems an impossible task, drives the host of Power & Politics: Vassy Kapelos. She is a well-known Canadian political journalist who previously worked as the Ottawa bureau chief for Global News and host of that network’s Sunday morning political affairs show, The West Block. She is currently the host of Power & Politics on CBC News Network – Canada. Let’s find out more about her.

When was Vassy Kapelos born?

Vassy Kapelos was born on May 6th, 1981. She was born and raised in Toronto, and is of Greek and German ethnicity.

Where did Vassy Kapelos study?

With a Bachelor of Arts in 2004, Kapelos graduated from the University of Western Ontario.

Later, with a Master of Arts from Dalhousie University, she then graduated in 2006.

The future Power & Politics host always says she is grateful for her time at Dalhousie, where she tackled the debt crisis in Argentina for her masters’ studies in political science, giving her the skills necessary to do what she does today. She credits her essay assignments and class discussions( where reading requirements were challenging) to honing in on the heart of arguments and relevant facts.

“The most useful skill I have now is the ability to look at large amounts of information and find what is most important, and synthesize and present it in a way that is easy to talk about,” says Kapelos. “My degree forced me to do that faster and better and that was without question the most transferable skill I have today.”

With a BA from the University of Western Ontario, Kapelos chose Dalhousie because of the Political Science department’s reputation, and the appeal of living in Halifax. Following her graduation with her MA, the future Power & Politics host took a one-year journalism course at a community college in order to break into the industry.

Her chosen field (with shrinking newsrooms and unprecedented cuts) made it a tough one to get into.

How did Vassy Kapelos start in journalism?

Whether it’s a chaotic breaking story such as a complex web of numbers, the shooting on Parliament Hill, and political positioning on policy issues like income splitting, Kapelos thrives on one challenge. As journalists will know, the fun in her job as the parliamentary correspondent for Global National, is to take vast amounts of information and comprising it into something people can understand

Kapelos began reporting on Swift Current and worked for Global Television Network stations in Saskatoon and Edmonton, most notably as a provincial political affairs reporter for the Edmonton station. In that role, she became best known for unveiling the story of the massive severance pay paid to the outgoing Chief of Staff to Prime Minister Alison Redford in 2013, which ultimately forced Redford to introduce a sunny new roster for public employees. That same year, she was on the reporting team for “Code Red,” an investigative series of the ambulance industry in Alberta, which drew on eye-opening interviews with paramedics and a studio interview with Alberta Health Minister Fred Horne to reveal an underfunded industry that was endangering residents of Alberta. The series forced the provincial government to undertake a review of the system as a whole. She won the 2013 Edward R. Murrow award in the international category for best news series.

Kapelos moved to the Ottawa office in 2013, becoming office manager in 2016, and West Block host in 2017 following the retirement of Tom Clark.

She resigned from Global in February 2018, to join CBC News Network as the new host of Power & Politics.

What was Vassy Kapelos’s first job as a journalist?

Vassy Kapelos’s first job made her admit that she found the stories she was given at the local level to be a bit frustrating. Although it was tough, she found it humbling, but one she says she wouldn’t trade her career.

“I remember thinking I spent time being so challenged at Dal, and here I was doing stories on fundraisers and crosswalks. It was a humbling experience to have.”

The political journalist then went from Swift Current and shifted to Saskatoon and Edmonton, where she got her first taste of political journalism as Global’s legislative reporter. Here, Vassy Kapelos went through for the first time the kind of effect that journalists leave behind: solid reporting has an important impact on people’s lives.

Her experience and investigative exposé of the ambulance industry in Alberta, which she revealed was under-resourced and put people’s lives at risk, made her face the reality of a provincial review of the entire system.

“That was a defining moment for me,” says Kapelos. “I realized that beyond just reporting what has happened we do have the ability to effect change. I felt I was able to use my job for something really positive.”

What awards has Vassy Kapelos received?

The Canadian journalist received the Edward R. Murrow award for best news series in the international category for her reporting on the issue, in 2013.

According to her Interview with Dalhousie University, Vassy Kapelos said it brought home a lesson worth remembering: understanding the world is a challenge, but good reporting makes it easier, one story at a time.

Minimum Wage BC: What Are the New Minimum Wage Rules for British Columbia and Other Canadian Provinces?

Rusty Water in the Tap is Never a Good Thing–What Should You Do in Such a Situation?