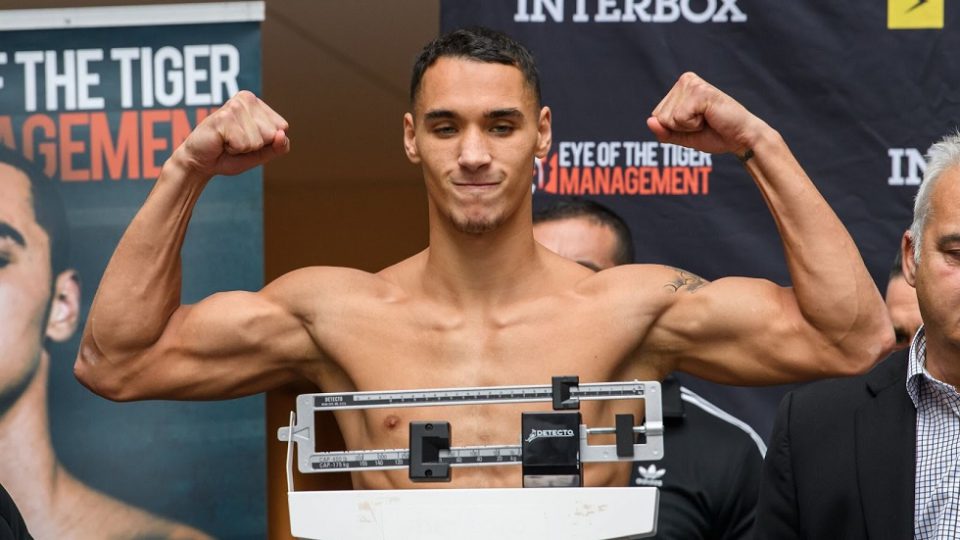 Steven Butler is a middleweight boxer hailing from Montreal, Quebec, Canada. The 24 year old boxer had a very successful amateur career and turned pro in 2014 at the age of 19. He had a great start to his pro career, winning the first eight of his nine fights via knock out. Steven Butler was eventually signed by Camille Estephan’s Eye of the Tiger Management. The boxing promotion stable which has fellow Canadian pugilists like David Lemieux, Arslanbek Makhmudov, and Simon Kean among others. Butler sprang to prominence when he became the youngest ever Canadian National champion, aged 18. He also won Bronze, Silver and Golden Gloves, was three-time champion of Quebec, Adidas Cup champion, and he won the Poland vs. Canada tournament. When asked of his strengths, Steven Butler says: “I’m really powerful, quick hands, and really calm and technical.”

Butler has sparred with several top Canadian fighters including Dierry Jean, Antonin Decarie, Ghislain Maduma, Mikael Zewski and Jo Jo Dan, all of which aided his progression. Steven Butler has boxing in his blood. He joined Club de boxe Champion at a young age of 12 to continue on the path traced by his grandfather Marshall Butler (25-5-0 15 KOs). His trainer soon saw in him with the same raw talent he had observed 30 years ago in Marshall. Steven Butler chose to honour his talent and has trained religiously with the intention of one day becoming a world champion.

After accumulating a record of 50 victories, including more than twenty by way of knockout, and only 5 defeats, the Canadian champion decided to make the jump among the professional ranks in 2014. The new recruit of Eye of the Tiger Management recorded his first win as he dropped his opponent to the mat in the first round itself. With his offensive style and his devastating punching power, Butler continued on a knockout streak and his next outings were equally impactful. Steven Butler has been nicknamed “Bang Bang” in reference to his reputation as a slugger. He has climbed significantly in the rankings and managed to reach the top 10 in the world of his division in 2019. In his thirtieth career fight, Butler knocked out Paul Valenzuela Jr. in just 38 seconds. This convincing victory enabled him to obtain the duel he had dreamed of since his beginnings in this sport: a world championship fight against Japanese Olympian Ryota Murata for the WBA middleweight title. Unfortunately, Steven Butler lost the fight as a result of referee stoppage in the fifth round.

Although this defeat was heartbreaking, it was certainly a rewarding experience for the young Quebecer, who did not hesitate to pick himself up and make the necessary adjustments for the rest of his career. He is convinced that he will be world champion and intends to return on the path of victory sooner than expected. Let’s find out more about this incredibly talented and young Canadian boxer.

Steven Butler: All You Need to Know

When was Steven Butler born?

Steven Butler was born on September 2nd, 1995 in Montreal, Canada.

How tall is Steven Butler?

Steven Butler is six feet tall. And has a reach of six feet, eight inches.

Which weight class does Steven Butler compete in?

What is Steven Butler’s boxing stance?

What does Steven Butler consider to be the best night of his pro career?

So far Butler has beaten most of his without much of a problem. He has won 25 fights and has only been defeated five times. He is very much a work in progress and couldn’t pick a favorite win.

“I think that I’m improving fight after fight,” Butler said, “so it’s really hard to say.”

What does Steven Butler consider to be the worst night of his pro career?

Worst night of pro career: The early stages of a prospect’s career are more challenging mentally than physically. They have to deal with the pressures of the sport and that can be hard at a young age.

Butler says his second outing, when he met Roody Rene in his home region of Quebec, was just such an occasion.

“He had a weird style and I had a hard time adapting,” he said. “Also, I put a lot of pressure on myself since I had a big crew coming to see me. I was too anxious to knock him out and threw my punches too large.”

Why he’s a suspect: Butler doesn’t turn 20 until September and is clearly still at the fledgling stage of his career.

He’s getting better with each fight, although at times he seems overly aggressive and looks to hurt his opponent with every punch. As he matures, he’ll learn to settle down more.

Butler’s aggression has seen him caught coming in, sometimes squaring up when he has his opponent against the ropes.

The fighter believes he needs to work on his left hook more to round out his attack.

How did Steven Butler start boxing?

Butler comes from a boxing background; his grandfather Marshall Butler (20-5, 15 KOs) was a middleweight in the 1970s. However, his path into boxing was rather unconventional.

“When I was in fifth grade,” Butler explained, “they labeled me as hyperactive and put me on Ritalin. Today, I’ve found peace of mind through boxing. Even though I played other sports, nothing releases my anger, my energy and provides me with true clarity except boxing. I no longer take meds. The moment my glove makes contact, I am free. Boxing is my new prescription.”

He took up boxing when he was 12. At the beginning he wasn’t taking it seriously.

“I decided what I wanted to do in my life and who I wanted to become. I’ve decided that not only do I want to be world champion, I also want to become a boxing legend.

“I started sparring with big names in Quebec … I started to improve a lot and won a lot of important tournaments. Then, my team and I decided it was time to turn pro. After 9 months, I fought 9 times with 9 victories and 8 KOs!”

His promoter and manager Camille Estephan sang high praises for Steven Butler’s talent after signing him. He went on to compare him to NHL superstar Sidney Crosby of the Pittsburgh Penguins. Estephan said: “Steven Butler is our Sidney Crosby (widely considered to be one of the greatest hockey players of all time). He’s a first-round draft choice. We are really thrilled that he’s part of Team EOTTM. We believe he will be a big part of the future of professional boxing. He will leave a lasting impression on anybody who sees him fight.”