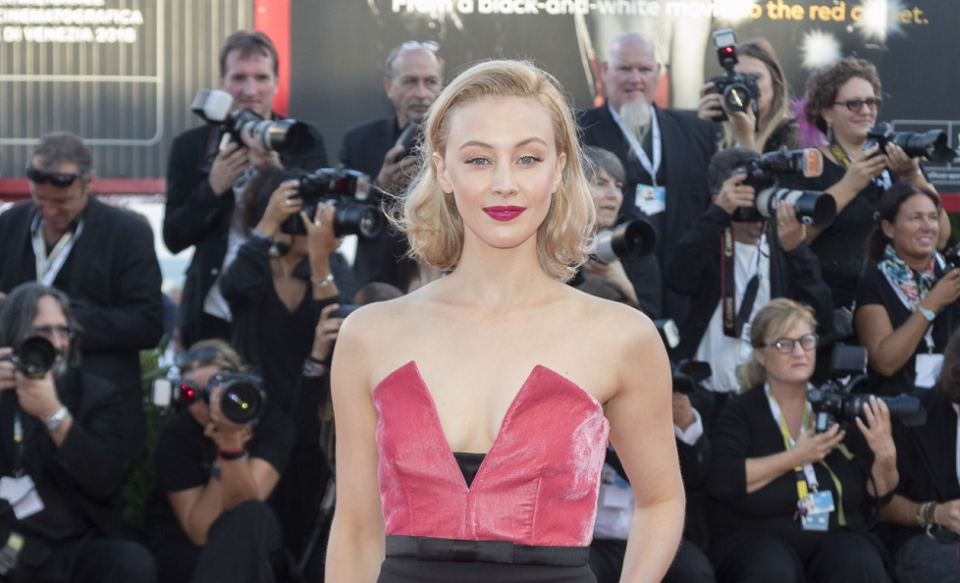 Did you watch Alias Grace, Cosmopolis, Enemies and A Dangerous Method? If so, then you might have been mesmerized by the work of the female lead protagonist, Sarah Godan. She is a gifted and gorgeous Canadian actress who has won millions of hearts through her fine acting skills. In addition to her acting, Sarah is also known for her peculiar fashion sense. Hence, Sarah Gadon has many beauty & fashion endorsements under her belt. She is the brand ambassador of the fashion & beauty giant, Giorgio Armani. In addition to these known facts, there are many untold truths associated with the actress. So, without further ado, let’s find them out!

Let’s have a look at some facts about Sarah Gadon to know her better:

Sarah Gadon has a mixed ethnicity

Sarah Gadon hails from Ontario. Her father Michael Gadon was a psychologist and her mother Linda was a teacher. Her father was an Irish while her mother was Italian. So, she has a mixed ethnicity of Canadian-French.

Since childhood, Sarah was inclined towards performing arts. She participated in several dancing events and even attended the Ballet School of Canada. She has learned different art forms and dance forms. By 2014, she finally completed her education at the Cinema Studies Institute at the University of Toronto.

Her family’s name is derived from French

Sarah’s family has their name drawn from a French word – ‘Gaudon’. Her paternal grandfather belonged to a Canadian-French descent and the family got their name from there. Her family has a broad mindset as they have Italian and British ancestry.

Sarah Gadon is a trained dancer

Before acting, Sarah was highly engrossed in dancing. Dancing was her first-ever passion, which she wished to follow with all her heart. That is why she mastered in many dance forms. Though, she didn’t get a chance to lead her passion completely so she usually dances on her own at home.

Sarah is a recipient of many prestigious awards

Sarah’s acting skills have not just allowed her to create a huge fan-base, but the actress has even impressed the critics. That is why she has bagged many prestigious awards.  In 2014, she took home the Canadian Screen Award for the movie ‘Enemy’, where she played a supporting role. Later, she won the ACTRA Toronto Excellence Award in 2016.

Sarah Gadon has a brother

Sarah Gadon has a sibling named James who is very dear to her heart. Since childhood, she has shared her happiness and sorrows with him and cannot afford to leave or get separated from him in the future. James, on the other hand, has supported Sarah even more than her parents. He stood by her in her good as well as bad times.

Sarah is the brand ambassador of Giorgio Armani

Sarah Gadon has recently been publicized as the beauty ambassador of the Italian billionaire brand, Giorgio Armani Beauty. Since Sarah Gadon has achieved such a huge feat of representing the world’s leading brand, the Canadian actress has gained the spotlight. Her style is setting new fashion trends.

Due to her huge immense popularity, Sarah Gadon is now in the mind and heart of every individual and the beauty has even become an international crush. There is a huge curiosity in the heart of actresses’ fans to know more about her life and especially about the things which are dearer to her. So, we have prepared an amazing list of some stuff that Sarah loves the most in her life.

We all remember the things or assets that we buy for the first-time from our earnings. The same goes for Sarah Gadon!

Volkswagen Golf is the first-ever car of Sarah’s life and she highly adores it. She is in such deep love with it, that she prefers it over Range Rover, Porsche, or any high-end car. In fact, Sarah has revealed that she prefers this car as it takes her to her desired places by running smoothly and it can even fit easily in parking areas. Sarah thinks she is not quite perfect in driving, and this car knows about her driving skills better than other cars.

Once, while roaming around in the streets of Paris, Sarah’s eyes got stuck at a stunning pair of eyeglasses, Céline Frames. The glasses were so iconic that she was persuaded to purchase them instantly. But, due to unknowing issues or circumstances, she left the place without purchasing them. That eyewear was so much into her mind that she thought about it day and night. Later, she found the exact piece at a store in Queen West. So, she didn’t hesitate once and purchased it at the same moment, thinking it a matter of fate. Since then, this pair has become her valued possession, which she even carries to her shootings or while traveling.

Most of the actresses don’t eat chocolates as they fear gaining weight. However, Sarah is not among such actresses who leave their favorite eatables to keep in shape. On the contrary, Sarah is deeply in love with chocolates and that too from the brand Soma. In fact, the actress has revealed that she consumes the chocolate from Soma every day.  Her favorite is chocolate orange peels and she feels its taste is similar to Terry’s Chocolate Orange.

As Sarah is an actress, she travels frequently. She has regular trips to some of the main cities and many times, she has to stay away from home. Hence, she recreates the ambience of her home in places she stays in. She uses a scented candle to create a home-life feel. Can you guess the candle brand that she adores the most? It’s Le Labo. She founds Le Labo to be the best brand in terms of providing the fascinating fragrance of Santal. So, whenever she goes to her new house, she never forgets to carry her favorite candles.

Sarah’s home is near a greenhouse juice shop, which is known to provide the tastiest juice in that area. So, she visits the shop quite often to enjoy succulent juices. The actress spends the maximum amount in their peanut butter milkshake. They blend frozen bananas in almond milk and add some amount of powdered peanut butter to the mix thereby making the best freaking shake that Sarah loves the most.

Do you love making Polaroids? Well, Sarah counts herself in the category of people who are obsessed with preparing amazing Polaroids. Whenever she gets a chance to hang out with her friends on trips or during night outs, she carries her camera with her and takes numerous images. Then, she arranges the photos in chronological order to create a tiny comic-strip story.

Carrying loaded purses is probably not a good idea during travel. The loaded purse can put stress on shoulders and back. So, to get rid of such a heavy load, Sarah’s loving boyfriend got her a cool orange backpack. This backpack is from the famous UK brand, Brooks England. It is Sarah’s most valuable possession as it is a gift from a special person in her life.

After a tiring day at work, Sarah always craves for a cup of coffee. For the best and most calming coffee, she makes use of glass contraption from Chemex in her kitchen. Sarah is a coffee fan to such an extent that she even carries a beautiful and small-sized pour-over coffeemaker to her shoots and trips. Her pour-over coffee maker is from a renowned Japanese brand, Hario.

Sarah’s best friend like everyone else is her smartphone. However, the actress is highly addicted to the smartphone to such an extent that she checks it every five minutes. She even used to set an alarm in it, which forced her to keep her phone next to her while sleeping. This disturbed her sleep pattern as she constantly checked her phone. So, to get rid of the phone at night, she got herself an alarm clock by Mondo. It is a stylish travel clock that wakes her up every morning. Now, she sleeps calmly with her phone switched off at night.

So, these were some amazing facts and untold truths about Sarah Gadon. Hope you enjoyed reading them!