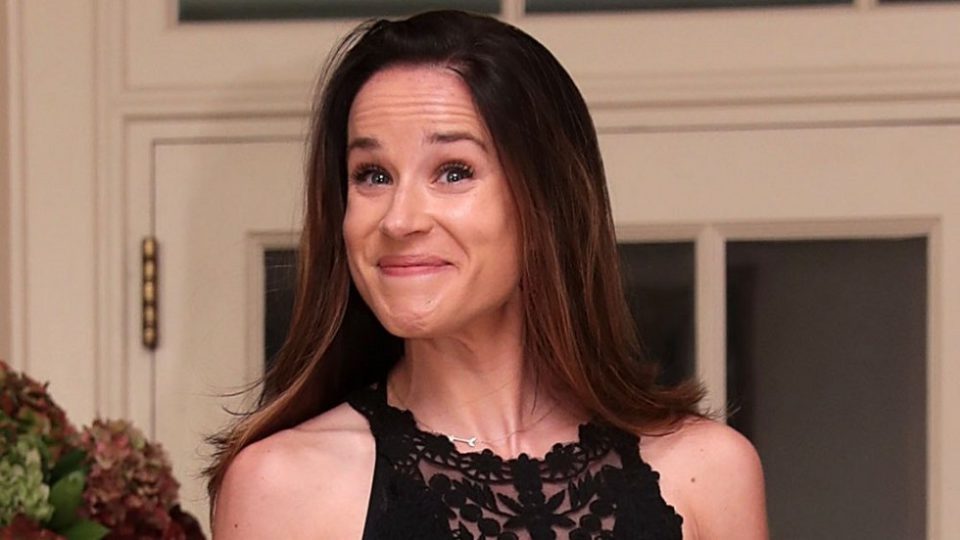 Ashely Biden is one of those individuals who are known to be born with a golden spoon. She is the daughter of former American vice-president Joe Biden. However, she’s a lot more than the daughter of a prominent political figure. In fact, Ashley Biden has carved an image of her own owing to her hard work. The young lady is an ace entrepreneur and social activist who aims at bringing a positive change in society. She wants to empower the poor and give them a better life.

In addition to a social activist, she is a big political personality of the US. She has even worked for an NPO (Non-Profit Organization) in Delaware. This organization has even received a federal grant of $166,000. She is even the founder of Livelihood, a fashion brand of American.

All you need to know about Ashley Biden

Ashley Biden was born in 1981 in Delaware to Joe Biden and his second wife Jill Biden. His father has two sons named Hunter Biden and Beau Biden, and a daughter named Naomi Biden from his first wife. Joe’s first wife Neilia Hunter Biden died in an accident with their daughter Naomi Biden. Then, he married Jill in 1977.

Ever since Ashley’s birth, she was the apple of her father’s eye and she got only the best in everything. Ashley enrolled at the top university of her place, Tulane University where she studied Cultural Anthropology. After graduating from Tulane University, she went to the University of Pennsylvania from where she received her master’s degree in Social Policy and Practise.

Ashley is married to Dr. Howard Krein, who is a famous Otolaryngologist. Ashley and Krein tied an unbreakable bond of togetherness in the year 2012. In the initial years of their marriage, Dr. Krein worked as a plastic surgeon at Thomas Jefferson University Hospitals in Philadelphia. Dr. Krein studied medicines at this University and then he went to the University of Medicine and Dentistry to complete his education in Biology & Cells.

Dr. Howard Krein is also one of the board members of the Biden Cancer Initiative. There, he holds the StartUp Health responsibility and is recognized as a Chief Medical Officer. He took this position after his in-laws resigned from their posts due to the campaigns of presidential positions.

Ashley Biden was inclined towards social work from a very tender age.  She started her first-ever campaign when she was just in elementary school. That time, she found that a famous makeup company was testing its products on innocent animals. She knew that something was going wrong so she persuaded her school to write letters to the company.

Once her issue concerning the makeup company was over, she went on to help the dolphins that were trapped in nets. She knew that her father could help her with the matter, so she asked for help from him. She was connected to Barbara Boxer who then helped her to solve the matter. These bold steps taken by Ashley at a quite young age made her a champion in front of everyone’s eyes. Even her colleagues knew that she was heartily involved in the social issues and nothing can divert her mind.

Ashley Biden is one woman with many talents. She is not just a social worker but even an entrepreneur. Ashley runs many initiatives that aim at empowering the poor people with a better lifestyle, livelihood, and health. She performs all her tasks based on her acquired knowledge. Her broad work portfolio is as follows:

Since childhood, Ashley was surrounded by inspiring and influencing people. One of the most inspiring individuals she had in her life was her dad.  He motivated her to be courageous and to focus on what is good for her as well as the people around her. On the other hand, her mother, brothers, as well as aunts, made her bold enough to face adverse situations of life.

Her father Joe, always found her to be like her mother. Just like her mother, she was courageous and educated. Ashley too agreed to the fact that she was a replica of her parents and had that serving nature in her DNA.

Apart from her parents, Ashley was highly influenced by Aunt Valerie. Valerie held a powerful position in the country’s affairs and she was even Joe’s best friend as she helped him in his political campaigns. Aunt Valerie taught Ashley to overcome challenges boldly.

Surrounded by so many wonderful people from her childhood, Ashely became one of the best social workers and social justice advocates of her country.

Hardships in the life of Ashley Biden

Though she was born with a golden spoon, life was never a bed of roses for Ashley. She got all the luxury of the work, but Ashley saw people close to her heart leaving the world at a very young age. It was hard for her to bear the pain of losing her elder sister as well as brother.

Later on, when her father entered the White House as the Vice President next to Obama, she was had an unusual experience. She saw her father being criticized by the media on useless issues. That time, it was difficult for her to digest all those harsh criticisms as her father was just everything for her. However, she always stood by her father’s side. Ashley is now living a happy and exciting life with her husband. She has various upcoming plans to bring social justice and we wish her good luck for the same.

As Ashley is highly engrossed in the social works, there are some wonderful quotes she has shared with the people concerning the ongoing issues. Let’s have a look at these quotes.

“I got a real sense that some people had a lot, and some had nothing at all, Even as a child, I had a hard time reconciling the inherent unfairness of it all.”

Make A Difference By Supporting These Canadian Charities