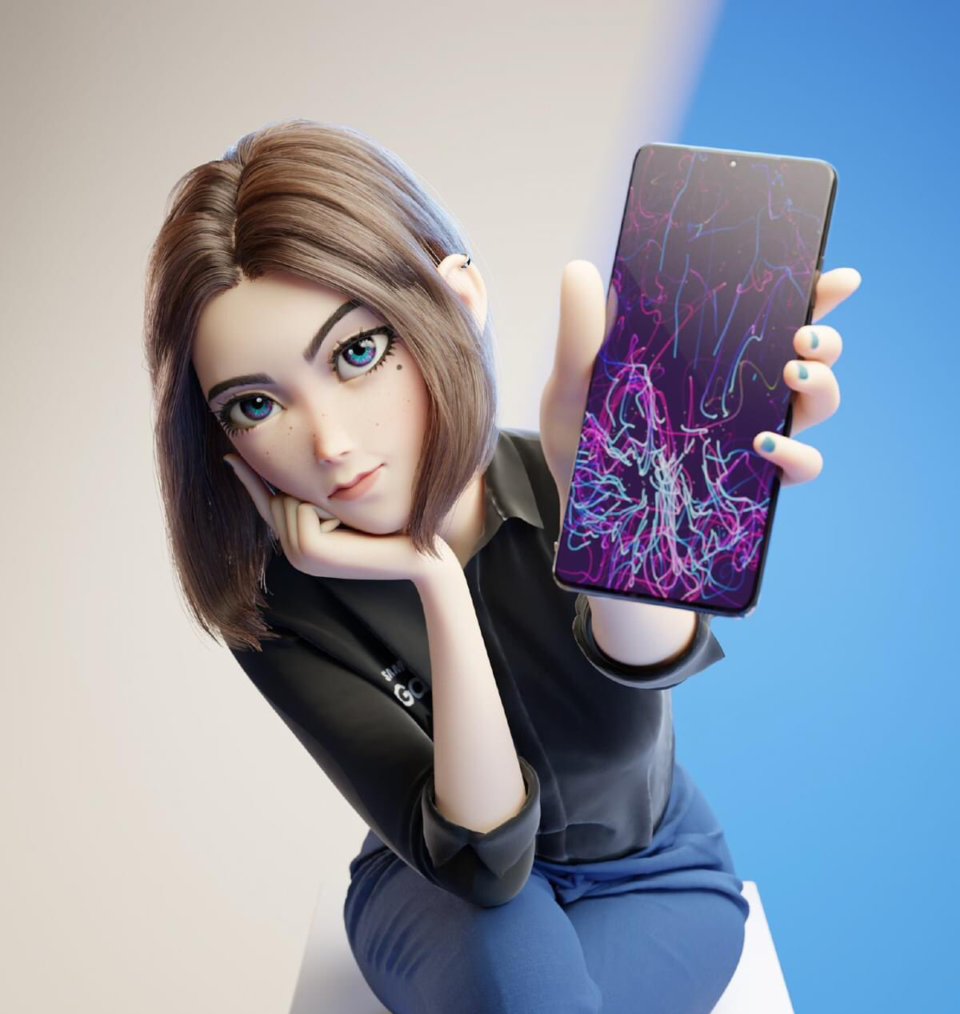 Are you wondering who Samantha Samsung is, the virtual assistant who has gone viral on social networks? Virtual assistants exist quite a few today in number and we are not going to deny that they are really useful on a day-to-day basis. For example, we have Siri in Apple, Alexa in Amazon, or Google Assistant, each with its advantages and disadvantages. In this article, we explain why the world is raging for an “attractive” virtual AI assistant for Samsung products that was created by a marketing company.

Samantha Samsung: 6 Things About The Advertising Mascot For Samsung

While it is not an official Samsung product, “Samantha” is an AI virtual assistant designed to look similar to a character from Pixar, a different take on Apple’s faceless Siri or Google’s Google Assistant.

2. Samantha was created by Lightfarm:

Samantha Samsung, a virtual assistant, was created by Lightfarm studio and has partnered with the Cheil agency to develop more realistic character design materials, especially for her hair and clothing.

The design company launched Samantha with the help of a marketing company owned by Samsung, but the end product was not picked up or incorporated into a Samsung campaign.

In a now-deleted post, Lightfarm publicly spoke about working with agency Cheil – a Samsung-owned marketing firm – on the project.

“Samantha Samsung was an incredible partnership between the Cheil agency and Lightfarm, and we are delighted to be a part of this project!”

3. This mascot will not appear in any Samsung product:

We already know that Samsung has its own Bixby virtual assistant which came after Samsung’s voice assistant app ( S Voice) was introduced in 2012 with the release of the Galaxy S III phone.

However, Samantha Samsung won’t be appearing on any product, despite the leaked images where she is pictured holding what appears to be a Samsung smartphone and sporting “Samsung Galaxy” on her gray polo shirt.

Samantha’s images were located and backed up on the Lightfarm site until the company deleted the post because of which there is no official announcement from Samsung regarding an updated virtual assistant.

Samsung has been trending for unexpected reasons – some fans want to kiss the new mascot created for the brand. A design company called Lightfarm collaborated with a Samsung marketing company to create these images, but the final product was never included in any type of event. Instead, the image is stored on the Lightfarm website for a time. Until the company removed the post.

Now Samantha Samsung is still alive, thanks to the sudden popularity of long weekends. She is a bright-eyed, cheerful woman who likes to play music, explore apps, and text her friends on Samsung phones. She also seems to be the whole network’s new favorite, and fell in love with her at first sight overnight.

Over the weekend, the internet created a lot of Samsung content. Most of them are not safe to work with; The “Rule34” subreddit is absolutely submerged with dirty content from Samantha. She also shines on TikTok.This is a really good-looking character model, like a Persona character running through Pixar’s design, so her popularity isn’t entirely surprising.

5. Photos of Samantha Samsung has made fans go nuts:

Samantha Samsung is all the rage on social media for her glamorous virtual beauty, eliciting a less than salutary reaction from the internet.

Samsung’s virtual assistant went crazy on TikTok and Reddit and now there are so many comments about Samantha such as “Samsung Girl Is Hot” while others said “Samantha Samsung is not my type”.

Thanks to her attractive character like a Persona character crossed by a Pixar design, it’s no complete surprise that she’s now become the “love interest” of some excited fans.

6. A replacement for Bixby?

Samsung already has equivalents of Siri and Alexa; their phones are equipped with Bixby. This new virtual assistant may be taking off because we never lived with her or saw her jogging for endless viral marketing campaigns. We never have to tell Samantha Samsung “hush, dial”, and she will never get a few notes off her phone. Or, this is just another case where the internet was suddenly fascinated by female characters to dominate the spirit of the age – which won’t be the first time.

A lot of content that is dangerous for Samantha’s work is circulating around the virus, the majority coming from the rules. Photos and online renditions of Samantha have been removed from the Lightfarm site. Bright Farm wrote: “Throughout the process, the team was dedicated to developing realistic materials, primarily for the character’s hair and clothing, so that Sam was aesthetically pleasing.

From what we can see, Samantha has in no time become a much more popular assistant than Bixby. Now, being an unofficial product, we will never have it as an assistant in a Samsung terminal and perhaps its success is due to the fact that we do not have to shut it up as we do as Siri or Alexa.

Travel Advice and Advisories for Mexico

The Meaning Behind Colours And How They Influence Designing