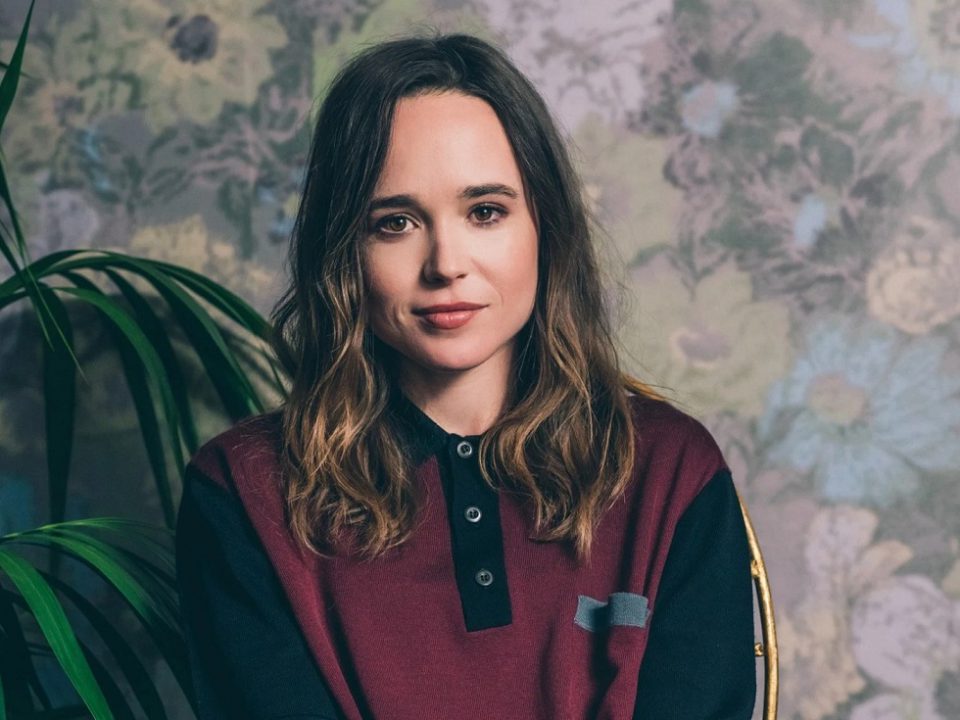 Ellen Page is a prominent actress, best known for her breakout role in Juno. She started out in Canadian television shows and even received an Academy Award and Golden Globe nomination. She has been making headlines ever since she came out as being gay in 2014.

The same year, she was included as part of The Advocate’s annual “40 under 40” list as well as landing on OUT100 2014 as Entertainer of the year.

After coming out in 2015, Page, in seeking to help the LGBT community, has taken anything but the Hollywood conformist route. Her confrontation with Ted Cruz made headlines as did her role of portraying a lesbian in Freeheld, which she co-produced. Not only this, she can be seen in Viceland’s queer-themed reality series Gaycation.

Although you may know her from famous roles in X-Men or Inception, she is now taking on the role of a leading advocate for LGBT rights. Here’s how:

The actress announced that she married her longtime girlfriend Emma Portner

“Can’t believe I get to call this extraordinary woman my wife,” Ellen Page wrote. This was tough for her to do as she had once kept her true sexualiy hidden.  Gaycation host and Juno star Ellen Page made “the best decision” of her life two years ago when she came out during an event for the Human Rights Campaign.

Can’t believe I get to call this extraordinary woman my wife. @emmaportner

Page spoke talked about the relief she felt after coming out, and we’re sure it helped her with her marriage proposal:

“It really wasn’t until the moment that I did it and I was living even those days afterward where it was really like, ‘Wow’ like just thinking of the, maybe, the old things or the shame or all the feelings that at that point you might not even be necessarily as cognizant of, quite frankly. And just the feeling of such a massive shift and then it makes me think of all the people who, particularly young people, who come out and don’t receive that support, [who] don’t get a standing ovation and an outpour of love…get kicked out of their homes or hurt and, you know, we need to change that.”

The two of them are now happily married.

Ellen Page Was Glad She Finally Came Out:

After filming the movie Freeheld, Ellen Page came out in February 2014. The Canadian actress said the film influenced her on a personal level,  to publicly come out once and for all.

“It was part of it. What blows my mind is how my own personal journey paralleled the development of that movie. It felt wildly inappropriate to be playing this character as a closeted person. Coming out was a long process, though.”

“Everyone is on their own journey or their own path and might even be navigating how they feel about their own identity,” Page said. “All I can say is I wish I’d made the decision sooner. It’s the best decision I’ve personally ever made, but everybody’s sort of on their own path, I suppose.”

During an interview with Huffington Post, Page reflected on her journey and how it’s affected her career:

“I feel like a different person now that I’m out,” Page said. “I feel like my creative life is getting to blossom in this way because I’m actually getting to interact with it as the authentic person that I am. So I can make a show like this, or I can produce movies with LGBT characters.”

In terms of the actual speech, Ellen Page went on to explain how it doesn’t necessarily mean that every public figure has a responsibility to come out. Which is why it’s important that we focus on how we feel rather than looking at someone else’s journey unless it’s inspiring.

She Helps Others Come Out Through Her LGBT Movies:

Adapted by Ron Nyswaner, the Academy Award-nominated writer of Philadelphia, the movie Freeheld is about many things: injustice, lesbian love, and surviving heartbreak. The film won critical acclaim in theaters.  Ellen Page felt a surge of activism and helped herself and others realise the privilege of today’s acceptance:

“For me, lots of stuff surfaced [playing Stacie],” says Page, who came out last year during a moving, yet authoritative, speech she gave at a Human Rights Campaign conference.

“Recreating a sort of closeted relationship in a film caused some stuff to surface, for sure. And then there’s [the matter] of speaking up or potentially owning an identity that I think does require a responsibility of trying to help move things forward. For Stacie, it was more complicated, because her being fully involved in that activism meant accepting that the love of her life was going to die, and that was a lot of the complication for her. I could not imagine something worse. But when she finally managed, in some way, to accept that idea, I think she could fully give herself to the activist part of it all.”

Ellen Page has also served as a producer on Freeheld, and she’d been attached to the project since she was 21, not that far from the release of her breakout hit, Juno. She was involved way before Julianne Moore, even before gay screenwriter Ron Nyswaner (writer of Philadelphia), and before director Peter Sollett (from Raising Victor Vargas, Nick and Norah’s Infinite Playlist).

“I remember thinking, Ellen, how in God’s name could you make this film and not be out?” said Page. “What’s interesting to me is how long it took to make the movie — for it to finally come together — and how my internal progression toward coming out was naturally in line with it. Stacie and Laurel’s story is incredibly inspiring and did take a lot of courage, particularly in a time of such unimaginable difficulty. It really did make me go, Dude, just tell people you’re gay. Just get over yourself, honestly, and support those who are not as privileged. It’s like, You have fucking privilege, so do something with it.”

“Whatever doesn’t kill you makes you gayer,” is spoken during the pilot of Gaycation as a person is interviewed. Gaycation is a series wherein Ellen Page and her best friend, Ian Daniel, travel the world to interview gay individuals. They  find that, in most cases, hardship and oppression can only strengthen the identities of LGBT people. “

It’s extraordinary to see people who are activists in areas where you can’t even imagine what that means,” Page said, “or to experience the first Pride in Jamaica and meet people who really put their lives at risk.”

Some of Page and Daniel’s interviews are tragic and unnerving, for example, they meet a mom who lost her son to a hate crime, and an ex-cop who freely admits to murdering gay people. On the other hand, they find the most resilient individuals who support the idea of endurance and resolve. During a Japan-set premiere, the hosts meet “rotten women”—straight female fans of gay-male erotic manga—whose key interest in the material is that it’s forbidden. Whereas in rural areas, despite Japan not legally recognizing gay marriage, some companies will literally roll out the red carpet for ceremonies for gay couples, giving them grand treatment they can’t officially enjoy.

“So many of these people show such bravery that I never really showed in my past,” says Daniel, who met Page seven years ago and was her only choice to co-host. “It’s really inspiring and humbling when they share that with us.”

She Once Calmly Confronts a Homophobic Preacher in D.C.:

As we generally find that we need to choose the battles we must find, it’s a little bit different to fighting battles as LGBTQ people. To make matters worse, people are growing more and more close minded even though there are plenty of woke individuals  surrounding them.

One such incident of a fight occured with the lesbian actress Ellen Page calmly encountered a preacher telling Ellen Page that gay kids in schools deserve to be discriminated against because they have come under demonic spirits. This occurred during the Women’s March in Washington D.C.

During her confrontation, she pulled inspiration from Michelle Obama’s call to action, “When they go low, we go high,” Ellen Page tried her best to go high, simply telling him what he preaches hurts people. The preacher, wearing an anti-LGBTQ tee, hits back saying, “when you take your last breath, and I take mine, you’ll see.”

It’s sad but the truth is that there’s no point talking to people who don’t want to listen. While we applaud the actress for remaining calm, and having the sense to simply say that words are hurtful, not everyone can react the same way. Let’s take a few pointers from the actress, and should it inspire, this is the time to come out, support the LGBTQ community in any way and organize safe places for younger kids to do the same.

How to Increase Your Mental Acuity With Online Games