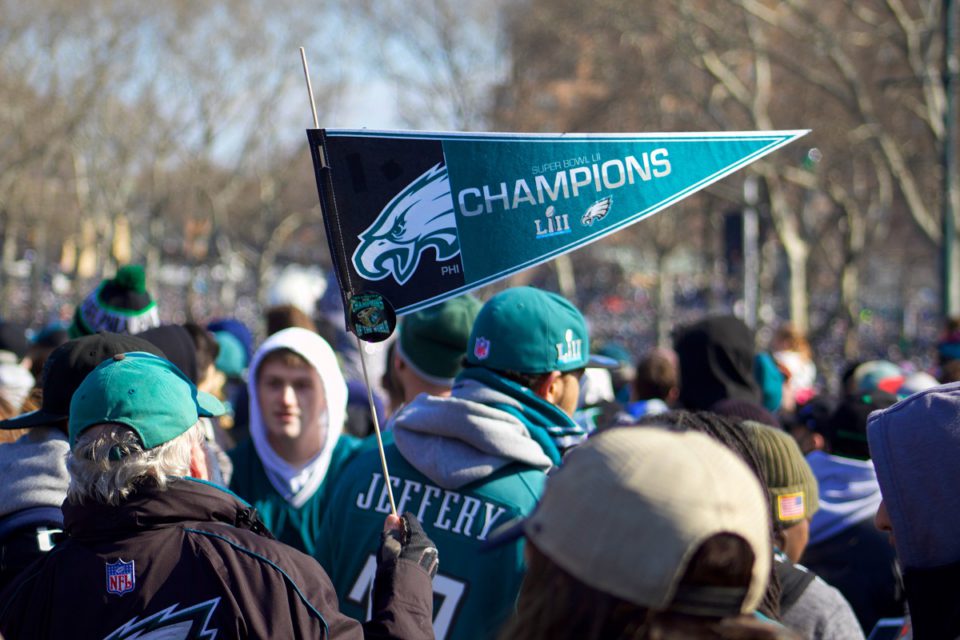 The NFL is the US’s most popular sports league—and it’s most lucrative. That’s because the NFL delivers exciting sports competitions along with plenty of entertainment value. For proof, look no further than the annual Super Bowl game.

As the most exciting event in the NFL, attention always focuses on the championship game and Super Bowl odds. As the postseason approaches, sportsbooks are eyeing the Buffalo Bills, Philadelphia Eagles, and Kansas City Chiefs to battle it out in their conference championships before heading to the Super Bowl. However, the Bills were last year’s favourite, too, which means there’s plenty of time for a shakeup.

But what will happen as the postseason unfolds? And who will end up in the final Super Bowl championship game? They’re interesting questions, but for now some of the league’s most interesting stories don’t cover which teams will advance, instead focusing on which underdogs and favourites are shaking up expectations.

The Eagles don’t need the faith and confidence of others to win the Super Bowl. Back in 2018, they had very little attention or support from pundits as they headed into the championship game—then defied the odds with a huge win over the New England Patriots.

It looks like the Eagles may be heading for a similar outcome this season. In fact, according to statistical dives into the team’s current 13-1 season, they’re heading straight for the Super Bowl and straight for the Lombardi Trophy.

However, the Eagles have yet to secure the NFC East, which is one of this season’s most competitive divisions. And they’ll have to do it with QB Jalen Hurts injured.

And speaking of the Patriots, it doesn’t look like the New England team will be preparing to take on anyone in the Super Bowl—and may not even advance to the postseason at all. One of their last games, against the Las Vegas Raiders, highlighted just how hopeless the team is.

A late-game interception from pass rusher Chandler Jones of the Raiders led the team to a win over the heavily favoured Patriots.

The debacle is a fitting summary of the Patriots’ performance late this season… and hints that the team might be facing larger obstacles than previously imagined.

Season of the Big-Cat Comeback

Not all teams are slipping in the rankings. Two of the NFL’s longest-struggling teams are making late-season comebacks: the Detroit Lions and the Jacksonville Jaguars. The Lions are further into a full rebuild than the Jaguars, but the Jaguars have one of the NFL’s most promising young quarterbacks on their side, Trevor Lawrence.

Thanks to late-season pushes, both the Lions and the Jaguars are in contention for possible wild-card berths. The Lions, for their part, are now 6-1 in their last stretch of games. It seems the team is hitting their stride as every player finds their place—especially on the offence.

And in terms of the Jaguars’ late-season push, it all falls back onto Lawrence. With the rookie at the helm, he has single-handedly given the Jaguars a chance at sweeping the AFC South—a feat that many would have laughed at just last year under Urban Meyers.

With Lawrence in the lead and seemingly catching his stride more with each game, it’s possible that the Jaguars will be one of the playoff’s most-watched underdogs.

Not all the hubbub surrounding the Super Bowl has to do with the NFL’s top teams. After all, that’s what makes the league so exciting—the pure entertainment value. Each year, thousands of non-sports fans glom on to the event because they want to watch the half-time performer (such as Rihanna) or watch halftime commercials from major brands like Jeep and Pepsi.

This year, there’s a huge battle taking place for the rights to host the NFL Sunday Ticket. The NFL will partner with YouTube to host the game package, which marks a shift away from DirecTV and its traditional network package towards a future of video streaming.

How to Winterize Your Budget Against the Season’s Nastiest Expenses