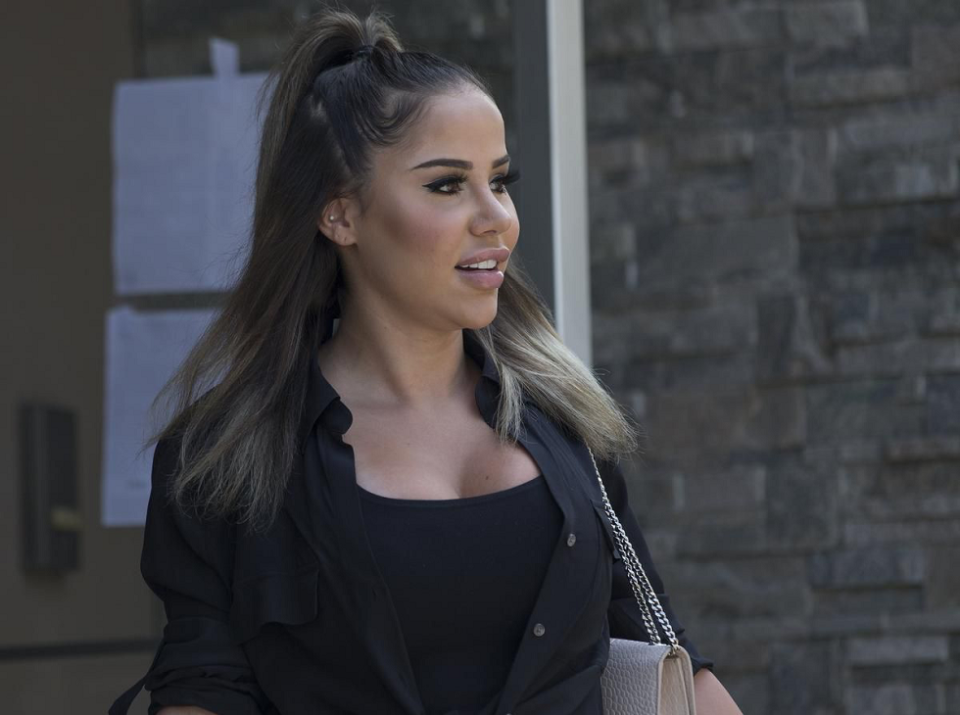 Marcella Zoia, also known as “Chair girl” has cleaned up with her OnlyFans account which appears to be working for her. She was once the girl who infamously threw a chair off a Toronto highrise balcony in 2019 but in 2021, she told Narcity that she’s made $250,000 after just five months on the racy social media platform where people can view photos and videos and exclusive content ranging from cupcakes to nudity to sex. Her Instagram currently has 145 posts, 226k followers, and she’s following 771 accounts.

Marcella Zoia: What’s Happening With Her In 2021?

Who is Marcella Zoia?

Marcella Zoia, from Toronto, Canada, was 19 when she rose to social media stardom in February 2019.

She now has over 60,000 Instagram followers and on July 21 uploaded a selfie of herself with her lawyer Gregory W. Leslie.

Zoia has done photoshoots in Miami and posted one video which led people to speculate she was taking cocaine – but she later submitted to a private drug test to prove she wasn’t.

Last year in 2020, Zoia handed herself to officials after police saw a video of her throwing a chair go viral on social media. She avoided jail time because of mitigating factors including her youthfulness and rehabilitation prospects. Marcella Zoia was instead slapped with a $2,000 fine, 150 hours of community service, and will remain on probation for two years.

Why is she nicknamed ‘chair girl’?

Social media dubbed her “chair girl” after a stunt that saw her throw an Ikea chair off a 45th-floor balcony onto a busy highway in 2019.

The Toronto native pleaded guilty to a charge of mischief endangering life after footage of her stunt went viral.

Thankfully, no one was killed or injured but the judge put this down to “sheer luck.”

When sentencing “chair girl”, Justice Mara Greene said: “Zoia committed a very dangerous act. She did so for her own pleasure and vanity in the moment.

“It was a selfish act that could have led to disastrous results. It is only by sheer luck that someone was not hurt or killed.”

Zoia admitted someone recorded the chair-tossing on her cellphone but denied posting it to her personal Snapchat account, where it went viral.

The prosecutor asked for a six month sentence for the Canadian social media personality but the judge said her youthfulness and rehabilitative potential kept her out of jail.

The Toronto-based model, who gained internet fame after throwing a chair off a highrise balcony in 2019, went on to appear in a Drake music video and land modeling gigs in Florida. These days, the Instagram influencer is using social media (OnlyFans) to make some extra cash. The Canadian social media star has signed on to OnlyFans in November 2020 and also has an Instagram account. She has more than 250,000 followers and told Narcity she devotes 75% of her time to the account.

Yet the social media platform Only Fans isn’t Zoia’s only source of income as she says she’s also able to create more income through paid promotions and real estate – this might be where she spends the other 25% of her time!

When did Marcella Zoia start her OnlyFans?

OnlyFans is a social media platform where people can view photos and videos for a price. Marcella Zoia’s account was opened back in November 2020, and since then the Toronto-based Instagram model says she has to spend approximately 75% of her work schedule maintaining the account.

“I dedicate my time to communicating with fans and creating content. There is also a team in place in charge of legalities, marketing, and content creation to allow me to dedicate my time spent on the platform to create exclusive content and personal communication with fans,” she told Narcity.

How much does Marcella Zoia make on OnlyFans?

According to the Canadian social media star, since starting the account in November 2020, her OnlyFans has brought in more than $250,000.

“After subscribing to my OnlyFans, there are opportunities for subscribers to unlock exclusive content such as photos, and personal videos from me,” she says.

As for questions about more details on her OnlyFans content, the Toronto-based influencer told Narcity “what happens on OnlyFans, stays on OnlyFans.”

Zoia’s OnlyFans account has over 8,500 free subscribers but the Canadian model refused to say how many paid ones, costing $25 each, there were.

“After subscribing to my OnlyFans, there are opportunities for subscribers to unlock exclusive content such as photos, and personal videos from me,” she told Narcity, refusing to detail her content.

Marcella Zoia during the first year of Covid 19:

Canada’s infamous chair girl has been flaunting her recent trips to Atlanta and Miami, despite Canada’s advisory to avoid all non-essential international travel right now.

Marcella Zoia posted a video of herself in Atlanta on October 6, followed by a photo with a friend on a boat in Miami earlier this week.

Marcella Zoia’s feed shows her living large in the southern states, swimming in pools, drinking cocktails, and serving looks mostly with her butt out! However, most people didn’t know that Zoia was just posting throwback photos and the trip had taken place a few months prior.

Erin O’Toole: 10 Facts About Canada’s Leader of the Conservative Party