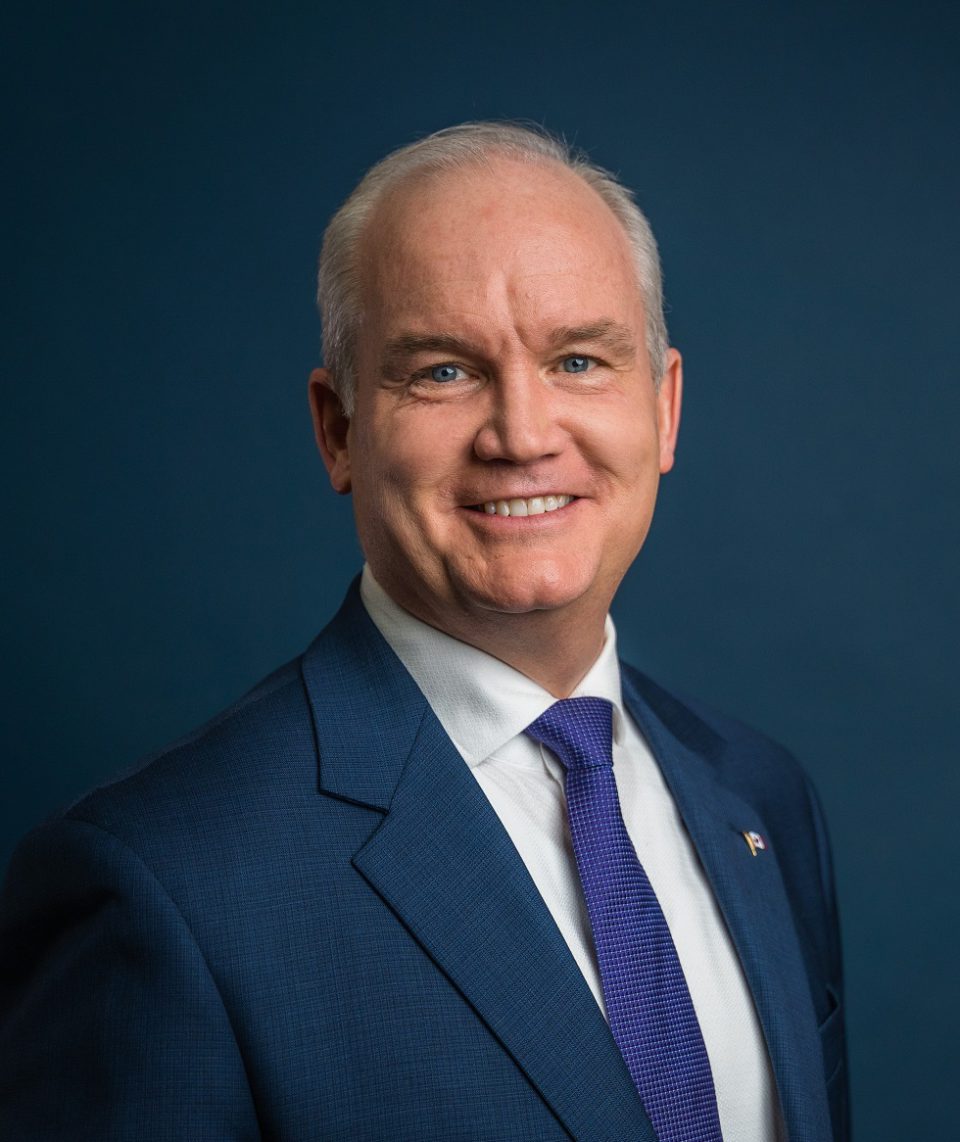 Montreal-born Canadian politician Erin O’Toole serves as Leader of the Official Opposition of Canada and the leader of the Conservative Party of Canada since August 24, 2020. Here are a couple of interesting facts about him:

Politician Erin O’Toole’s father is of Irish descent, and his mother was born in London, England, and came to Canada after World War II.

A young O’Toole spent most of his childhood in Bowmanville, Ont., and some in Port Perry which is not far away.

The future Canadian politician’s parents moved to the area from Montreal when he was one, so his father could take a promotion at the GM headquarters in Oshawa. “I didn’t master the French language by the time I left,” he jokes. His language ability now is reasonably decent, though lacking the easy fluency many Quebecers would prefer in a prime minister.

His mother died of breast cancer when O’Toole was nine years old.

Erin’s father eventually remarried and Erin was the oldest of their combined five kids.

O’Toole says before she passed away, his mother, who had worked with Vietnamese refugees, instilled a sense of service in him.

Soon in 1991, Erin O’Toole signed up for the military, enrolling at the Royal Military College of Canada in Kingston, Ontario.

Although there wasn’t much talk of the military at home, he learned both his grandfathers had served in the Second World War. This learning drew him closer to a

feeling of patriotism, and “struck” by the beauty of the Royal Military College campus, he followed through on his dream to go to RMC.

He came from a political family

Erin O’Toole came into this world in Montreal, Quebec, to his mother Mollie (Hall), and his father John O’Toole as Erin Michael O’Toole.

His dad was in the politician field as he served as a member of Provincial Parliament (MPP) for Durham in the Legislative Assembly of Ontario between 1995 and 2014.

In 1995, during his first posting in Trenton, Erin O’Toole took his leave to volunteer on his father’s campaign in the Ontario election.

His father John O’Toole would serve as Durham’s MPP for 19 years.

From his next posting in Winnipeg, Erin enjoyed coming back to his house to hear political war stories. It planted a seed in the future politician’s mind: “I did like the partisan cut-and-thrust, but I also loved that you could really make a difference,” he says.

He was once an officer in the Canadian Forces Air Command

After graduating from the military, this politician’s first posting with Air Command occurred in Trenton, Ontario, where he was involved in search and rescue operations. Here he truly earned his wings and also spent time at 17 Wing in Winnipeg, Manitoba, where he completed his training as an air navigator.

“I walked into the recruiting centre thinking I was going to be “Maverick”. And not only was I not Maverick, I was Goose. And I was on an old, antiquated helicopter,” says Erin O’Toole. But, hey: “You learn more from your setbacks than from your successes,” he says now.

In 1997, O’Toole was posted to 12 Wing in Shearwater, Nova Scotia. While serving at this post, O’Toole flew as a tactical navigator on a CH-124 (Sea King) helicopter with 423 Squadron, performed search and rescue, conducted maritime surveillance and naval support operations.

While serving at 12 Wing, O’Toole was promoted and he received the Canadian Forces’ Decoration for 12 years of service to Canada, and was awarded the Sikorsky Helicopter Rescue Award for having rescued an injured fisherman at sea.

In 2000, O’Toole completed his active service in the military after he became Captain.  After serving for 12 years, he transferred to the reserves, working as a training officer running flight simulators, while he pursued a law degree.

His life before politics saw him become a lawyer

After serving with the Royal Canadian Air Force for 12 years, O’Toole became a lawyer in 2003 and entered politics in 2012.

Over the course of his life, this Canadian politician has lived in at least four provinces, was born in Montreal, raised in Bowmanville, Ont., and Port Perry, Ont., stationed in Winnipeg, served in Shearwater, N.S., and politically represents Durham, Ont., as their member of Parliament.

Erin O’Toole ran for the Conservative leadership with the slogan of “Take Back Canada.” His platform has many parts, including rebuilding Canada and reviving the economy. But there is one main focus of this politician’s campaign: job creation.

“We are for jobs and opportunity for working Canadians,” he said in an opinion piece written for CBC News.

Following this, Erin O’Toole has faced criticism from his competitors. Peter MacKay, who also ran for the leadership role, accused O’Toole of dividing the party saying during one of the debates: “You are attacking other Conservatives, which badly hurts our party,”….“I am the only candidate who can unite the party.”

In 1998, O’Toole met his wife, Rebecca, while staying and studying in Halifax. They’ve been married for 21 years as they were married back in 2000. Like him, she’s a lawyer. They have two children, Jack and Mollie, and a dog, Wexford.

The Canadian politician ran for the Conservative leadership in 2017, when he placed third and eventually lost to Andrew Scheer. This time, he won the leadership race with 59 per cent of the vote.

Since he assumed the leadership, Erin O’Toole has marketed his party to working-class Canadians.

Described as a moderate member of his party, Erin O’Toole supports gradually eliminating the federal deficit, defunding the Canadian Broadcasting Corporation’s (CBC) TV and digital English-language operations, simplifying federal taxes, allowing provinces to not have a carbon tax, and pipeline construction. This is for domestic policy issues.

On, foreign policy issues, he supports a CANZUK agreement and getting “tough on China”, considering its government to be a “bad actor” on the international stage.

He was tested positive for COVID-19

Last year in September 2020, Erin O’Toole was positive for COVID‑19, after a staffer in his office tested positive due to the pandemic.

Erin O’Toole’s wife also later tested positive for COVID-19, after a negative result was shown initially. The couple were in self-isolation until September 30, at which point O’Toole returned to Parliament (2 weeks is the time for quarantine and the politician couldn’t wait to get back!)

In 2012, Erin O’Toole took home the Christopher J. Coulter Young Alumnus Award by Dalhousie University, for his achievements and dedication to community service.

The same year, O’Toole received the Queen Elizabeth II Diamond Jubilee Medal as all serving MPs that year were recipients.

Gilbert Rozon: The Beginning Of The End For The Founder Of Just For Laughs

Discover the French Art of Decorative Painting with Stencils