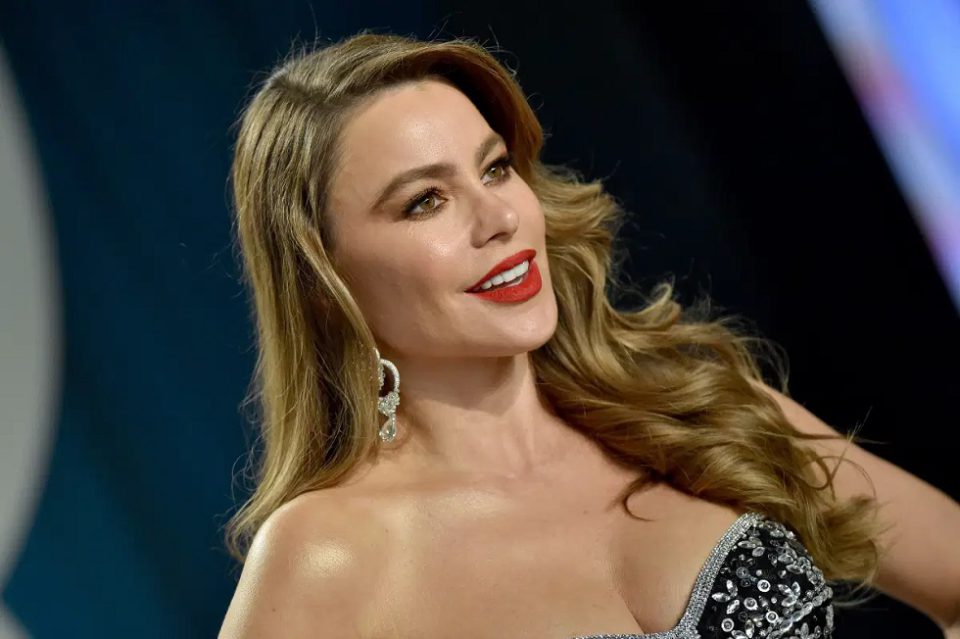 Did you watch the television show ‘Modern Family’? Then, you might have adorned the character named Gloria Delgado Pritchett. This exciting character was played by an equally electrifying personality, Sofia Vergara. Hailing from America, Sofia is a talented actress who has featured in many soap operas and movies. She entered the entertainment industry in the year 2000, and since then, she has enticed everyone through her fine acting skills.

She has been highly successful in her active years and presently, she is enjoying an extravagant life with her spouse and a 27-year-old handsome son. However, Sofia’s life was never a bed of roses. She has gone through a lot. There are many untold truths about the superstar that no one has ever shared about her life. In this post, we’ll unveil such facts. So, let’s start our journey.

Do you think you know everything about Sofia Vergara? Think again as there are many lesser-known facts about the Modern Family star. Let’s have a look at some of them:

Columbia is known to give many superstars to the entertainment industry including Shakira. Sofia Vergara also hails from Columbia. She belongs to the seaside city of Columbia named Barranquilla.

She is known by the nickname ‘La Toti’

Sofia was born in a beautiful family to Margarita Vergara Dávila de Vergara and Julio Enrique. She has five siblings. Since childhood, Sofia was quite into her siblings. Though they were her lifeline, they teased her with funny names. To date, she is called by the nickname La Toti, which was kept by her siblings. Yes, Sofia grew up with this funny nickname. Although La Toti means nothing, she still loves hearing this name from her siblings and friends.

Sofia Vergara became famous when she was just 17

Sofia Vergara is among the most striking beauties of American television to date. She rose into fame with the series Modern Family. But, she was a known face even before that. Prior to entering the entertainment sector in the US, she was in Columbia and worked there as a model. She was just 17 years old when she started her career as a model. It was during the summer days when a troop of modeling scouts found her on a beach in Barranquilla. After that, these scouts never let her relax. They soon casted her in a famous Pepsi commercial, which made her a known face among masses.

Just like every other child, Sofia had dreams and aspirations for her future. Since childhood, she was highly obsessed with oral hygiene and dreamt of treating other individual’s oral issues. She wanted to become a dentist. So, she went to a dental school and completed her studies. It took her two years to complete her classes in dental school.

Sofia married her love at the age of 18

Sofia was deeply in love with her boyfriend, Joe Gonzalez. So, she decided to marry him at the age of 18, when she was making a career in modeling. In the year 1991, Sofia tied the knot with Joe. But, their marriage didn’t work out and so, Sofia and Joe got separated within two years of their union. However, at that time, Sofia wasn’t that famous, so getting separated without making any headlines was easy for her.

Sofia Vergara gave birth to her child when she was 19

Sofia’s marriage didn’t work, but a wondrous thing happened to her during her marriage days. When Sofia was just 19 years old, she was blessed with a cute baby boy, and she named him Monalo Gonzalez. After her separation from Joe Gonzalez, Monalo was the major center of her life and she did everything for him. When Monalo Gonzalez grew up, he made appearances in Pepsi commercials.

Sofia Vergara was the cover girl of a well-known brand

Sofia Vergara has been into modeling and acting since her teenage. Throughout her journey, she met different artists and made new friends. Ellen DeGeneres is one of her closest and oldest friend. Sofia was often spotted spending time with Ellen. In fact, Ellen and Sofia were even signed together for a TV commercial. In the year 2012, the two superstars appeared as Cover Girls in the commercials of a reputed brand.

Sofia Vergara never felt bashful in facing the camera as she was in the practice since she was just 17. She did modeling in her early days and later, she signed a contract for American television show, Modern Family. Before Modern Family, Sofia appeared in many Mexican, Colombian, and American shows. However, this show served as a turning point in her life and took her to immense fame. Sofia played the role of Gloria Delgado Pritchett and put up a great show. In fact, her expressions and body language won the heart of millions of viewers. Gradually, Modern Family hit many records in the United States. After its success, Sofia came into the spotlight of the entertainment industry.

It’s hard to believe but it’s absolutely true! In high school, Sofia was bullied by her school mates. The reason wasn’t her grades, but it was her ‘uneven’ body according to them. Her mates made her feel ashamed of her body size and features. They told her that some of her body features were big than the rest. They even made fun of her. Sofia felt disgusted at that point in time, but she was able to shut their mouth by becoming a model at 17. Today, Sofia Vergara is known for her beauty.

Sofia has appeared in the Broadway

Were you living with the fact that Sofia’s biggest break was only in Modern Family? If yes, then you have to upgrade your knowledge. Sofia Vergara has even featured on the big screen. The actress delivered a brilliant performance in the famous Broadway show, Chicago. There, she appeared as Matron Mama Matron. She was highly acknowledged for her role in Chicago.

Tom Cruize is a worldwide crush of various ladies around. However, Sofia’s beauty left the star awe-struck to such an extent that her dated Sofia. In the year 2005, Sofia entered into a relationship with Tom Cruize. They met at a party and both felt attracted to each other. However, their relationship didn’t work well and they broke up.

Sofia’s life was never easy. Starting as a single mother, she ended up getting diagnosed with cancer. However, she proved to be a strong woman. In the year 2000, Sofia came to know about her illness. Though it was hard for her to accept and cope up with the fact that she had thyroid cancer, she never left hope. She took regular medications and underwent every possible treatment. Finally, she defeated cancer and emerged as a warrior.

Sofia Vergara is a natural beauty

There are various stars that prefer to undergo cosmetic surgeries to enhance their beauty. However, Sofia is not one of them! Sofia is a Columbian woman and pretty by birth. She prefers to embrace her natural beauty and she maintains distance from cosmetic surgery. According to people, Columbian women are the most beautiful women, and that’s true for Sofia.

While appearing on televisions, Sofia usually dyes her hair to dark blond. But, when this actress is at home, she can be seen in her natural hair color. They are gorgeous blonde. Her hair color perfectly suits her skin tone and enhances her beauty.

Sofia Vergara is a Foodie

You must be aware that actresses are very specific about food and often follow dieting to keep in shape. However, this is not the case with Sofia. She has a perfect appetite, which is generally not found in various actresses. She loves eating every kind of food and never feels shy while eating her delicious meal.

Sofia belongs to a beautiful city named Barranquilla. But do you remember another star that is from the same place? Yes, Shakira! Sofia and Shakira not only belong to the same place, but they are also close friends.

You might have heard about the superhit American series- Desperate Housewives. This series was released in the Spanish version also, where it was named as Amas De Casa Desesperadas. In the series, Sofia Vergara was casted as Marie Alice Young.

Sofia has a real bold accent

There are very few actresses in Hollywood that have a thick accent. Most of the actresses try to fake the accent. But that is not the case with Sofia. Since birth, Sofia has a bold accent and she further enhanced it as she grew older. Because of her accent, she got the opportunity to do the narration of Modern Family.

Sofia Vergara gets her dresses pre-ordered

Sofia has a perfect body shape and curves. This lets every dress to appear elegant on her body. However, she is a perfectionist when it comes to the fitting of the clothes. Hence, she usually pre-orders her dresses from well-know designers, especially for big events like Met Gala and Red Carpets.

So, these were some unknown and interesting facts about Sofia Vergara. We hope you enjoyed reading them!

What should I look for when playing slots?