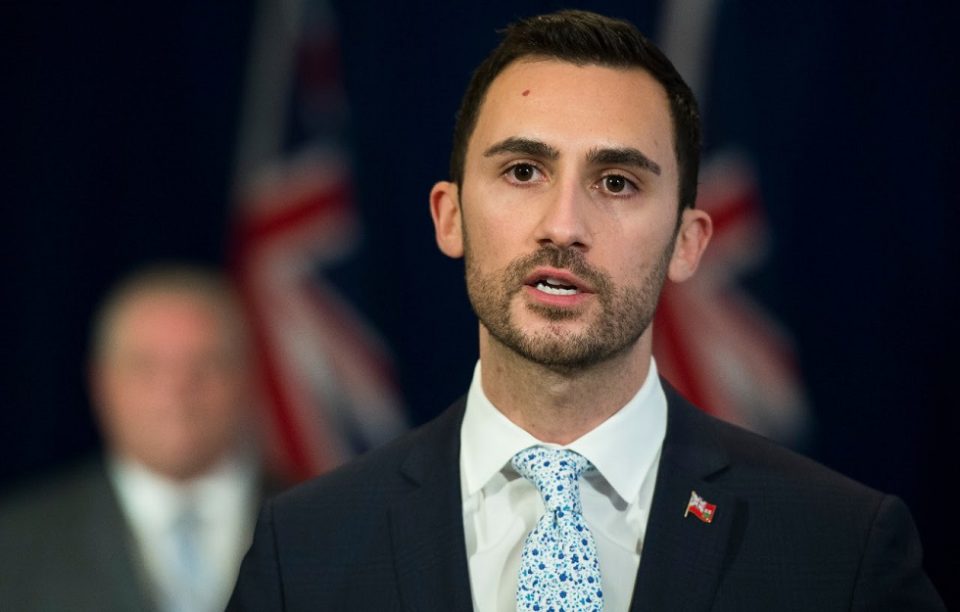 Stephen Lecce is a Canadian politician. Since June 20th, 2019, Stephen Lecce has served as Ontario’s minister of education. Stephen Lecce is a member of the Progressive Conservative (PC) party, Lecce is a Member of Provincial Parliament (MPP) for King—Vaughan, representing the riding in the Legislative Assembly of Ontario since his election in 2018.

Stephen Lecce: All You Need to Know

When was Stephen Lecce born?

Stephen Lecce was born on November 26th, 1986 in Vaughan, Ontario. Stephen Lecce’s parents migrated to Canada from Italy during the 1950s. He got involved with politics from a very young age and at age 13, worked for the incumbent PC MPP Al Palladini’s successful re-election campaign in 1999.

Where did Stephen Lecce study?

Stephen Lecce joined the Prime Minister’s office under Stephen Harper after he finished his graduation. Stephen Lecce was hired following a personal interaction with Harper in his capacity as president of Western’s University Students’ Council. At the PMO, Lecce served as deputy director of communications before being promoted to director of media relations.

Which was Stephen Lecce’s first election as a Progressive Conservative?

On June 20, 2019, he was sworn in as Ontario’s minister of education. Beginning in October 2019, labour disputes between the provincial government and Ontario’s four largest teachers unions (ETFO, OSSTF, OECTA, and AEFO [fr]), have caused rotating strike action. A joint strike by all four unions on February 21, 2020, marked the first province-wide closure of schools since 1997 strikes against the Harris government. Earlier that month, on February 4, New Democratic Party leader Andrea Horwath called for Doug Ford to fire Lecce as education minister, however, Ford assured that Lecce would remain in office. On February 12, Lecce called the decision for the four largest teachers unions to hold the joint strike an “irresponsible choice.”

What was Stephen Lecce’s response to COVID-19?

On March 12, 2020, Lecce announced that all publicly funded schools in Ontario would be closed for two weeks after March Break due to the COVID-19 pandemic in Ontario, however, the schools never reopened, and on May 19, announced that they would not reopen until the following school year in September. On July 30, Lecce announced a $309 million plan for the resumption of public education in September. Elementary students will resume full time education in September as a single cohort, while most high school students will split their time between the classroom and online learning. Students in grades 4 to 12 will be required to wear a mask while at school, while students in junior kindergarten to grade 3, will be encouraged, but not required.

What did Stephen Lecce say about Ontario’s management of its school system during COVID-19?

Here are some of the quotes made by Stephen Lecce

“Our decision to pause further reopening underscores our clear commitment to our children – this is what matters and when we see COVID-19 cases rising we will not hesitate to act, we will put kids first.”

“The rate of introduction of COVID-19 into schools will be completely reflective of how much covid-19 there is in the community.”

What did Stephen Lecce say about the new hiring policy of teachers in Ontario?

Here’s what Stephen Lecce said: “Moving forward, merit will lead hiring within our schools. Teacher hiring now in our schools will be dictated by merit, diversity and the unique needs of schools and communities within our province over seniority. Students perform better when they see themselves presented in the class, including the educator at the front of their classroom – we know this to be true.

Meaning that when our principals need to hire an educator, they are constrained by an outdated process when they need to get qualified teachers into the class right now.  It’s crucial now more than ever as thousands of educators continue to be hired and to keep our schools safe we need to give our principals the latitude to get it done. They are bright, they are motivated, they are often tech-savvy and yet they wait five, six, seven, eight years just to be hired.