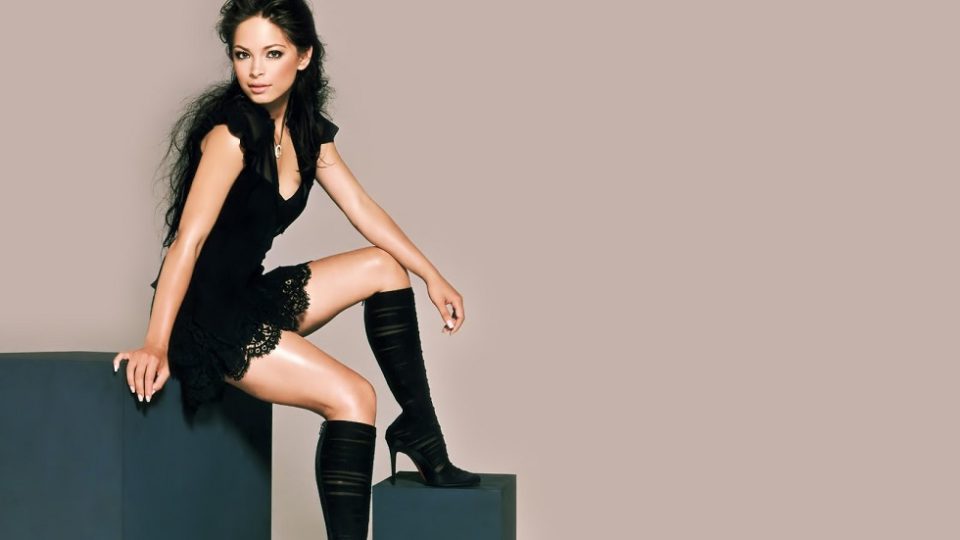 Kristin Kreuk is a famous actress hailing from Canada. She made her on-screen debut in the famous Canadian teen drama Edgemont. She became very famous for portraying Lana Lang, Superman’s childhood sweetheart in the popular CW series, Smallville. She also played Catherine Chandler-Keller in The CW sci-fi series Beauty & the Beast (2012–2016) and most recently, she has been famous for playing Joanna Hanley on the CBC legal drama Burden of Truth.

Aside from popular roles on television, Kristin Kreuk has also appeared in movies like Snow White: The Fairest of Them All (2001), Street Fighter: The Legend of Chun-Li (2009) and Irvine Welsh’s Ecstasy (2011).

When was Kristin Kreuk born?

Kreuk was born in Vancouver, British Columbia on December 30th, 1982. Her mother’s name is Deanna Che and her father’s name is Peter Kreuk, two landscape architects. Her father is of Dutch descent, her mother is of Chinese descent, born in Indonesia and her maternal grandmother was Chinese Jamaican. Her mother and grandmother lived in Singapore and the Solomon Islands before settling in Vancouver. She has a younger sister, Justine Kreuk.

She showed early promise in karate and gymnastics but had to quit because of scoliosis at the age of 11. Kreuk was planning to study forensic science or psychology at Simon Fraser University and was surprised when a casting director for the CBC television series Edgemont contacted her at her high school.

Here’s what Kristin Kreuk said about her Chinese heritage:

“I am deeply proud of my heritage and have found strength in learning about the journeys my family took to find prosperity. My mom came to Canada when she was starting high school—her family’s story is complex, but, in its most simple telling, they left Indonesia (the Chinese have a difficult history there) and lived in Singapore and the Solomon Islands before coming to Vancouver. For my mom Vancouver was a welcoming and positive home. Neither my mom nor my grandmother spoke Chinese. Both grew up outside of China (my grandmother was from Jamaica). My mom never cooked Chinese food. She didn’t know much about the culture. But none of this seemed strange to me growing up. I still don’t know why. Perhaps much of it had to do with the fact that my high school was populated by 85% Asian peeps from all different backgrounds. Perhaps that allowed me to see that my family was simply one version of Asian.”

After she finished filming the first season of Edgemont, she was cast to play Snow White in the TV movie, Snow White: The Fairest of Them All. The movie was broadcast on ABC and released on DVD later. In 2004, Kristin Kreuk was cast as Tenar in the two-part miniseries Earthsea.

Kristin Kreuk’s agent sent her audition tape to screenwriters Alfred Gough and Miles Millar, who were working towards creating pilot episode for the show entitled Smallville. The show was slated to be shot in Vancouver and would cover the life of Clark Kent before he became Superman. Kristin Kreuk left Smallville after the show’s seventh season. Her character left town at the end of the season. Her storyline was concluded in the eighth season with a five episode story arc featuring her as a guest star.

In 2009, Kreuk signed on for a multi-episode arc in season three of Chuck. She played Hannah, a computer troubleshooter who joins the Buy More Nerd Herd after being laid off from her previous job.

In 2010, she portrayed Judah Ben-Hur’s sister Tirzah in the TV movie Ben Hur, which aired in Canada and later on ABC in the United States.

Kreuk was involved with two pilots that did not get picked up: a 2010 CBS sitcom entitled Hitched (which was co-created by Josh Schwartz, who was also the creator of Chuck) and a 2011 NBC drama series called 17th Precinct, which was developed by Ronald D. Moore.

Kristin Kreuk was also cast as the lead female character in The CW’s reboot of Beauty & the Beast, a show that started airing in Fall 2012. The CW announced in October 2015 that the show’s upcoming fourth season, scheduled to air over the summer of 2016, would be its final season. The series finale aired on August 25, 2016.

In 2018, Kreuk played the lead role in Burden of Truth, a CBC Television production in which she portrays a “big-city lawyer who takes on a case for a group of sick girls in her hometown”. The show premiered on January 10, 2018. On April 5, 2018, The CW announced that they had acquired the rights to air the show beginning in Summer 2018. CBC has also renewed Burden of Truth for a second season and is set to start filming in June 2018.

Kristin Kreuk played a role in the popular teen comedy movie Eurotrip. She played the role of the protagonist’s girlfriend who cheats on him with Matt Damon’s character. Kristin Kreuk also appeared in the period drama Partition (2007). She played a 17-year-old girl named Naseem whose life changes drastically when India is partitioned in 1947. The character also falls in love with an ex-British Indian Army officer.

Kreuk starred in the film Street Fighter: The Legend of Chun-Li (2009), in which she played the title character, Chun-Li. She auditioned for the movie Mission: Impossible – Ghost Protocol (2011), but the role was eventually given to Paula Patton.

Kristin Kreuk joined forces with Rosena Bhura and founded the production company called Parvati Creative Inc. the production house focuses on “human-centric films as seen through a female lens”. The first-ever project of Parvati Creative Inc was the short film Blink, directed by Rick Rosenthal and executive produced by Kristin Kreuk. The firm’s second project was the web series “Queenie”.

Neutrogena made her the spokesmodel for their new worldwide advertising campaign. In 2005, she renewed her contract with Neutrogena for another two years, making her the company’s longest-serving model spokesperson.

In August 2017, Kreuk provided the voice for Princess Shuyan in Shuyan Saga, a graphic novel series set in an ancient Chinese martial arts fantasy universe. She also reprised her role as Catherine Chandler from Beauty & the Beast on Robot Chicken.

Is Kristin Kreuk a pescatarian?

Kristin Kreuk currently resides in Toronto, Ontario. She stated on Live! with Kelly and Michael in October 2012 that she is a pescatarian.

In November 2017, Kristin Kreuk and her Smallville co-star Allison Mack were linked to a supposed multi-level marketing organization known as NXIVM, which was founded by Keith Raniere. When he was arrested in March 2018, Kristin Kreuk revealed that she thought that the group was a self-help group. She left the group in 2013 and did not witness any nefarious activities being carried out by the group members. She stated that her involvement with the group was limited to taking courses. Kreuk’s version of events was backed by actress Sarah Edmondson, who had participated in exposing NXIVM’s activities.

Who Is Roch Voisine? Why Is He Trending?