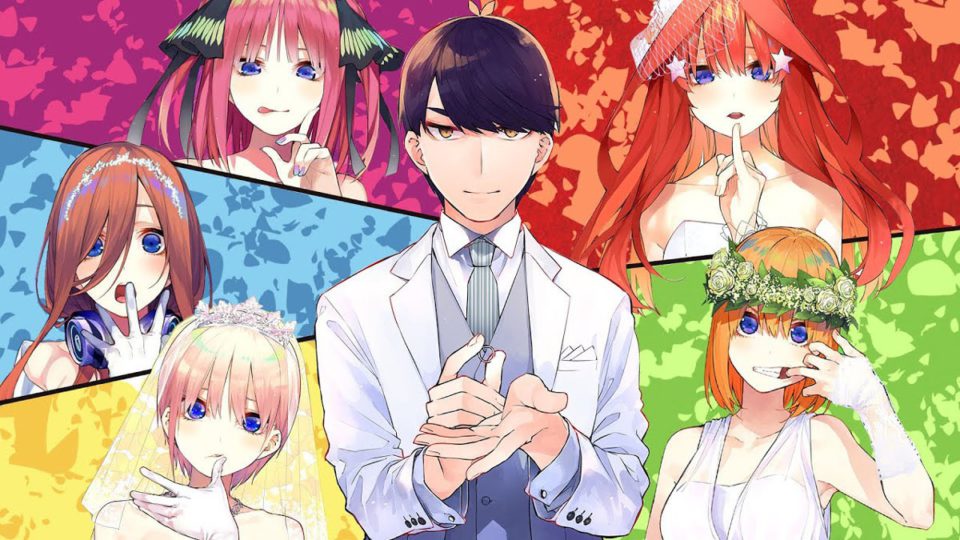 The Quintessential Quintuplets Season 3 was supposed to come out during the summer of 2022. Even though the show is confirmed on Wikipedia, the only catch is that to watch the final story of Futaro Uesugi and the 5 Nakano sisters: Itsuki, Miku, Ichika, Nino, and Yotsuba, you need to book tickets to a movie theater next month in May 2022.

Will The Quintessential Quintuplets Season 3 Happen?

So we are confused if the movie will conclude the whole anime, or if The Quintessential Quintuplets Season 3 is in production. Either way, it is an exciting continuation.

In this article, we provide everything known about The Quintessential Quintuplets Season 3 movie and all related news. As such, the movie is the sequel and we need to wait till May 2022. In the meantime, let’s delve into what is known for sure.

Although the end of the entire story could be adapted by a The Quintessential Quintuplets movie, it would have to be at least a two-part movie unless the pace of the adaptation is drastically increased or the entire story arc is skipped or scanned.

The studio and main staff for the third season will be Bibury Animation Studios. On the other hand, the first season of the anime was produced by the animation studio Tezuka Productions. They also co-produced with MAPPA the two-cut anime Dororo in 2019, How NOT to Summon a Demon Lord Season 2 (Omega) in 2021, and their next big project is the 51-episode Astro Boy reboot.

The second season switched studios to Bibury Animation Studio, a newer company founded in 2017. They have provided episode-specific animation support for many anime projects, including big names like Attack On Titan: The Final Season, Code Geass, Dr. STONE, Fire Force, My Hero Academia, Sword Art Online, and Vinland Saga, but they are mainly known for producing the 2020 Azur Lane anime and the 2019 and 2020 Grisaia: Phantom Trigger anime. Returning staff included screenwriter Keiichiro Oochi (My Teen Romantic Comedy SNAFU, Peach Boy Riverside). Music composers Hanae Nakamura and Miki Sakurai also returned. For the second season, OP Gotoubun no Katchi and ED Hatsukoi were voiced by all of the Nakano girls’ voice actresses. The second season was originally scheduled to air in October 2020, but was pushed back to January 2021 due to the coronavirus pandemic. Although Japan began to experience new social distancing restrictions in 2021 due to the second wave of the virus, production on all episodes had been finished so the second season was not delayed a second time.

Director Satoshi Kuwabara directed the first season, while the second was directed by Kaori (How to Keep a Mummy). Artist Masato Katsumata (Azur Lane) was both the character designer and chief animation director.

Masato Jinbo will be the director for the Quintessential Quintuplets movie.

The Movie Could Finish With This Story:

All in all, the finale, The Quintessential Quintuplets Season 2 Episode 12, created an ending by combining the first half of Volume 10: Chapter 86 with the bell scene that was skipped in the scrambled eggs arc.

It’s the best possible stopping point since the Nakano quintuplets pass the Mock National Exam and Futaru is rehired as a tutor by Papa Maruo Nakano. Several sisters have now admitted their love for Futaru and the battle lines are being drawn. In addition, Futaro has found himself in the same class as the Nakano sisters during his senior year. He and Yotsuba are now the class representatives. And it was revealed that Rena is actually Itsuki, but the big reveal was the identity of the first girl Futaru met in Kyoto when she was a child.

The beginning of The Quintessentially Quintuplets movie will likely begin with a flashback story arc. The episode will include a cliffhanger based on Chapter 90 in which it is revealed through flashback that a particular first girl has loved Futaru all this time.

Another option would be to skip or quickly summarize the story of the School Festival since it has 19 chapters. In this way, the remaining 17 chapters could be adapted to the rhythm of the first season and the duration of the film would still be less than two hours. Needless to say, fans probably wouldn’t be too happy with such a result.

Another option is that the film could simply adapt all nine chapters of the next two story arcs by extending the story with original anime content. That would leave 27 chapters for The Quintessential Quintuplets Season 3 anime television series to finish the story.

Considering that The Quintessential Quintuplets movie is advertised with the girls in wedding dresses, it seems more likely that the intention was to go all the way. That means fans will need to read the manga to see the story fully fleshed out, with the identity of the bride revealed. She is teased at the end of every season of The Quintessential Quintuplets. The 22-year-old girlfriend is one of the quints, she has piercings in both ears, she held hands with Futaro during the bonfire at the end of the first season and shared a special kiss with Futaru near the end of the second season.

As of the latest update, Bibury Animation Studio or any company related to the production of the anime has officially confirmed the release date of The Quintessential Quintuplets Season 3 as a movie. However, the production of a sequel film was delayed due to Covid 19.

Now that the news is officially confirmed, the Quintessential Quintuplets season 3 premiere date will be in May 2022.

Notably, Bibury Animation Studio has yet to announce any other projects for 2021 or 2022. We know that the movie is definitely scheduled for 2022.

Assuming that the anime production committee has already finished filming with Bibury Animation Studio, it is possible that The Quintessential Quintuplets season 3 will be released by early may.

However, as mentioned above, it is possible that the film will adapt the rest of the story, which means that a third season will not happen.

Why Is Quintessential Quintuplets Season 3 A Movie Not An Anime?

Anime productions are often scheduled years in advance. Many studios are fully booked which explains the studio change.

The announcement of the second season took place just two months after the release of Episode 12 in March 2019. The Quintessential Quintuplets anime was in the top 20 on Crunchyroll’s list of popular anime for 2019. It joined other anime such as The Rising Of The Shield Hero Season 2, That Time I Got Reincarnated As A Slime Season 2, and The Promised Neverland Season 2 to be renewed – so why did the renewal come in the form of a movie?

“I remembered talking to my friend a while back before he decided to serialize and he seemed excited about drawing a manga that would go on and on”, Negi wrote. “I discovered when I started that it was difficult to move on. The senseis (manga creators) who have been drawing dozens of volumes are truly amazing”, he concluded.

The number of volumes of manga in circulation exceeded 14 million copies. The anime only accelerated its popularity.

Although we don’t know the figures for streaming revenue, the first volume of The Quintessential Quintuplets Blu-Ray/DVD box sets sold 5,508 copies in its first week. Record sales are no longer the main factor for financial success, but they still serve as an indicator of popularity in Japan.

The Quintessential Quintuplets Season 3/ Movie Spoilers (From The Manga)

The last time anime audiences saw the TV show, the girls had started their rivalry in earnest with Ichika and Nino seeking Futaru’s attention. And when the school trip to Kyoto started, the girls started plotting and fighting. The war started in earnest with Ichika planning to mess up Miku’s confession to Futaru. But Yotsuba wanted to put her sisters’ happiness before her own and supported Miku.

Back in Kyoto, Futaru tries to remember what happened five years ago when a certain sibling claims that she is the Young Nakano that Futaru met five years ago. But the true identity of the first girl is revealed at the end of the journey. The trip is also complicated by a stalker! An unknown person is taking pictures of the sisters on someone else’s order.

In the end, Ichika, Nino, Yotsuba, and Itsuki escape from their coursework and manage to help Miku in their respective forms. Miku regains her trust and confesses her love to Futaru…acting like she’s talking about her love for her sisters!

The audience was then able to see a flashback to six years ago, when the girls were young and identical. It turns out that an event that occurred in Kyoto led one of the sisters to meet Futaru and wish to change.

Summer arrives with sibling drama. The fifths are forced to move back to her old apartment and Ichika plans to stop attending school after the second semester. How will Futaru solve this crisis?

The summer heat has only made the romance boil. With class back in session, Futaru finally admits that she loves all five sisters. Futaru declares that the school festival will be the best ever and it certainly is in many ways. Four of the fifths even kiss him!

The teacher must now decide and choose a path for his future with one of the sisters. So what is the identity of the bride; Who did Futaro marry? Answer: The surname is Nakano. Unfortunately, anime fans will have to wait until The Quintessential Quintuplets season 3 (or the movie) is released in May 2022 to see how the story ends!