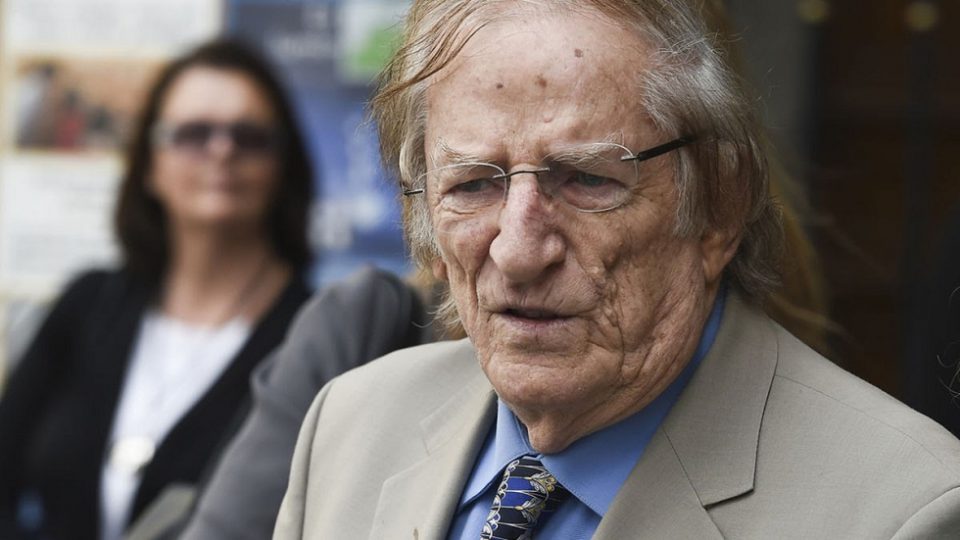 Jean Lapointe was a Senator from Quebec who grew up singing, acting and doing comedy. He grew up in a bilingual household, like most French-Canadians. He had a very successful career as a cabaret performer for more than three decades. Jean always stood out as a performer as he embodied the traditional American-style show in French thanks to his Quebec upbringing. His perfect balance of tragic comedy songs,

good-natured humour, impersonations and comedy helped him launch his solo career after 1974. Jean Lapointe began his stage career from 1955 to 1974 when he performed with Jérôme Lemay as the duo Les Jérolas. They played at venues as The Ed Sullivan Show and at the Olympia in Paris. The duo reunited as Les Jérolas during 2011 and launched the cabaret show Le grand retour des Jérolas. However, during the Montréal premiere at Place des Arts on 31 March 2011, Lemay collapsed due to a stroke. He passed away three weeks later on 20 April.

5 Facts About Jean Lapointe: The Canadian Politician and Singer

Jean Lapointe Was In a Band When He Was A Kid

Born on December 6, 1935, little did Jean Lapointe know that he’d go on to be named to the Order of Canada and National Order of Québec. Especially when you consider that he was most known for his artistic abilities. When Jean Lapointe was a kid, his family moved to Québec City, where he formed his first band, Les Québécaires. His roots in music would help him go on to recorded hundreds of songs, including the popular hits “Pleurire,” “Chante-la ta chanson,” “Rire aux larmes” and “Mon oncle Edmond.”

With his comical impersonations and songs, he won the amateur competition of the radio program of St-Georges Côté and then performed on CHRC Radio. It could be that the performer (who once used the stage name Jean Capri) would go into politics because his family has a history of serving the country. Jean Lapointe was the son of Arthur-Joseph Lapointe, a former soldier who became the Member of Parliament for Matane-Matapédia.

Although Jean Lapointe started off in Montréal and made his debut in 1954 at the Café Caprice, his cabaret and chansonnier career began when Québécois cabarets were flourishing. After pairing up with Jérôme Lemay, it led to the creation of the duo Les Jérolas, which soon made a tour of cabarets in Québec and scored numerous hits, including “Yakety Yak,” “Charlie Brown” and “Méo Penché.” Les Jérolas appeared on The Ed Sullivan Show in 1967, and were billed at the Olympia in Paris in 1966, 1967 and 1974. They would go on to record 20 albums together before separating in 1974.

After separating from Jérôme Lemay in 1974,  Lapointe decided to pursue a solo career.

He Received The Genie and The Jutra Lifetime Achievement Award

During the early 1970s, Jean Lapointe began a highly successful career as an actor.

A Man of Too Many Talents

According to an excerpt in Le Quotidien de Paris in 1988, Gérard Spiteri spoke of Jean Lapointe as the ultimate entertainer, stating: “Jean Lapointe is a complete showman, now an extremely rare species. One believes him to be a singer, he is an impersonator; one believes him to be a musician, he is a conjurer; one thinks of him as only a buffoon, he raises us to the heights of light poetry without giving himself the air of a thinker. A clown, a one-man orchestra, a whirling performer, Jean Lapointe does not cease to move us, to surprise us by the truth of his talents. That is exactly what the overused term variety means.”

In 1982, after his fight to let go and recover from drugs and alcoholism, Lapointe founded the Maison Jean-Lapointe, an organization that provides rehabilitative support to alcoholics, drug addicts and problem gamblers, as well as prevention and awareness workshops in Québec schools. He charity also organized a first telethon for the non-profit centre in 1986, and is still honorary president of the Fondation Jean Lapointe, which administers the Maison.

Jean Lapointe served nearly 10 years in Canada’s Senate but he says that it was an experience he often found frustrating. “I do not like politics. I did not like it. There are many tricks that are done,” he explained in 2010. “I never gave an inch. I went with my conscience and according to my knowledge.” He was appointed by Prime Minister Jean Chrétien in June 2001 to represent Sorel, Québec, and stepped down due to mandatory retirement in December 2010.

A version of this excerpt had originally appeared in the Encyclopedia of Music in Canada.