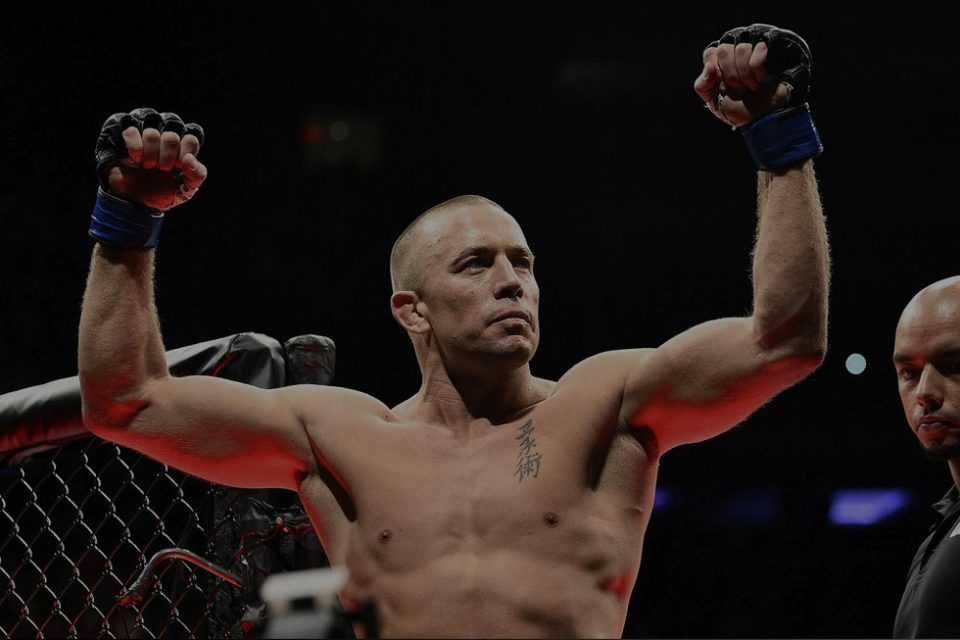 Since the Ultimate Fighting Championship came to fruition in November 1993, many world-class competitors have come through the ranks. While the majority were unable to achieve champion status, others have left legacies that will live long in the collective memory of UFC fans. Georges St-Pierre, in particular, is undeniably one of the best fighters in mixed martial arts and welterweight history. The Canadian made his professional debut with the company in January 2004, beating Karo Parisyan by unanimous decision.

Following that, he enjoyed one of the most memorable careers in UFC history, leading many to believe that he is the greatest fighter of all time. The former two-weight champion officially retired from MMA in February 2019, and few can argue that the Canadian isn’t in the GOAT (Greatest Of All Time) conversation. So, let’s consider if St-Pierre is the UFC’s all-time best competitor.

First and foremost, there can be no doubt that St-Pierre was one of the most complete fighters to compete in the Octagon. The 40-year-old was a pure mixed martial artist, specializing in boxing, Brazilian Jiu-Jitsu, karate, and wrestling. This well-rounded skill set gave Rush the tools to dominate his opponents inside the cage, and the record books show that his level of control is unrivalled.

According to the official UFC website, St-Pierre holds the record for the most in-cage control time, with a total of two hours and 42 minutes. By comparison, Demian Maia ranks second with two hours and 31 minutes. Crucially, however, the Canadian is using his control to advance on the ground, as he also tops the list for the most time in top position, with two hours and 22 minutes. St-Pierre also outclasses his fellow MMA competitors from a grappling standpoint. UFC records show that Rush has completed the most takedowns in the company’s history with 90, while he’s also fourth in takedown accuracy with a percentage of 73.8. The Canadian also boasts stellar on-feet control, being the third-ranked fighter for significant strike defence at 73.1 percent.

Unlike many fighters, St-Pierre doesn’t regard himself as the sport’s GOAT. The former two-weight world champion is one of few fighters to have held belts in two divisions, but he doesn’t believe that’s enough to make him the all-time UFC best. According to GiveMeSport, the Canadian names Royce Gracie as the MMA GOAT. In many ways, it’s tricky to disagree with the 40-year-old. During his time with the UFC, Gracie won the UFC 1, UFC 2, and UFC 4 Tournament Championships. As a result, he holds the record for the most tournament wins in the company’s history. The Brazilian revolutionized MMA in showing the effectiveness of Brazilian Jiu-Jitsu, overcoming heavy-hitting rivals like Dan Severn and Ken Shamrock.

By popularising Gracie Jiu-Jitsu, the six-foot-fighter laid the foundations for the UFC to reach new audiences. As a result, MMA is now one of the fastest-growing sports in the world. The mixture of skill sets makes top-level fighting unpredictable, and that’s one of the reasons why it’s become a go-to sport at many of the best sports betting platforms like Asiabet.org, for example. Bettors and fans use these platforms to peruse a range of MMA-related markets, such as the method of victory, and place bets on upcoming fights via various payment methods. However, while Gracie kick-started the MMA phenomenon, GSP helped take it to new heights, which is evident from the modern-day appeal of fight betting.

Despite being in the UFC Hall of Fame and taking the sport in a new direction, Gracie doesn’t share St-Pierre’s longevity. As per his record, the Brazilian only fought 13 times in the UFC between November 1993 and May 2006. While he had spells in other organizations, such as Bellator and Pride, the Gracie Jiu-Jitsu specialist lost by first-round TKO in his final UFC appearance against Matt Hughes at UFC 60.

St-Pierre isn’t merely a control specialist, as he has the third-longest win streak in UFC history with 13. Moreover, he’s also registered the same number of title fight victories. However, Jon Jones challenges his status as the GOAT. Bones, who remains active, is currently level with GSP’s win streak, and he’s already competed in one more title bout. It’s a testament to both Jones and St-Pierre that there’s currently very little to split their legacies. They’ve both recorded 20 victories, but Bones has yet to follow Rush in becoming a two-weight world champion. However, that could change in the near future, with the 33-year-old keen on fighting for the heavyweight belt over the coming years.

At welterweight, there are also several fighters gunning to surpass St-Pierre’s legacy. The current champion, Kamaru Usman, is on a 14-fight winning streak and has Anderson Silva’s record of 16 straight victories in his sights. Moreover, Leon Edwards, who, as we reported at dailyhawker.ca, trains out of Birmingham, England, is also looking like a significant threat to the title. The Englishman has won eight of his last nine fights, with his most recent contest against Belal Muhammad being a no contest.

The UFC is continually evolving, making it tricky to name a definitive GOAT. However, as touched on above, there’s very little to separate Jones and St-Pierre. That said, if Bones does move up to heavyweight and become a two-weight world champion, it’ll be impossible to overlook his body of work. Until then, however, Canada’s GSP still tops the pile.

9 Ways To Eating Healthy While Working From Home in Ottawa