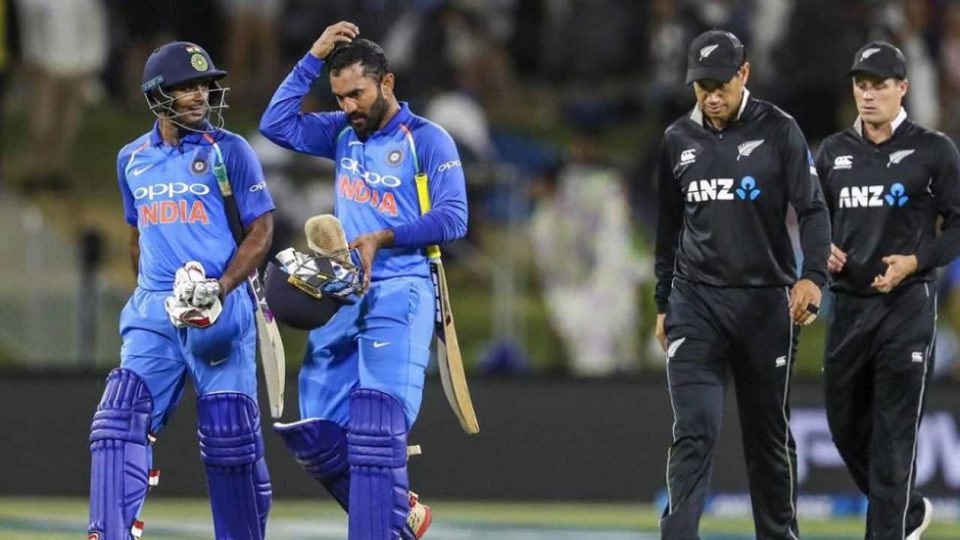 India and New Zealand are two powerhouses in the world of Cricket. Both the teams (mainly because of their colonial heritage) have been playing cricket for a long time and have produced some of the greatest cricketers in the sport’s history. The teams have squared up against each other 107 times in the limited overs format and have delighted fans with some exciting encounters. The rivalry has been close with India having a slight edge with 55 wins when compared to 46 wins for New Zealand. New Zealand holds an advantage in the World Cup competition though. The teams have met a total of eight times with New Zealand winning five times and India winning three times. The most high stakes match that the teams played in the World Cup was the IND vs NZ semi final of the 2019 Cricket World Cup in England. New Zealand edged India by 18 runs and made it to the World Cup Final where they lost to England. Let’s check out some fascinating ODI stats between the “Men in Blue” and the “Black Caps”.

You May Like: How to Bet on Cricket Using Skyexchange?

Most Matches Played as Captain

Most runs scored in a series

Most wickets taken in a match

Most Wickets taken in a series

Most wicket keeping dismissals in a match

Most wicket keeping dismissals in a series

Most catches taken in a match

Most catches taken in a series

So those were some of the key stats during the history of the IND vs NZ ODI matches so far. These two teams have produced great cricketers since they have played the sport and will continue to do so in the future also. A lot of records that we discussed in this post are bound to be smashed in the future.

How to Win at Online Roulette – 10 Tips for Beginners