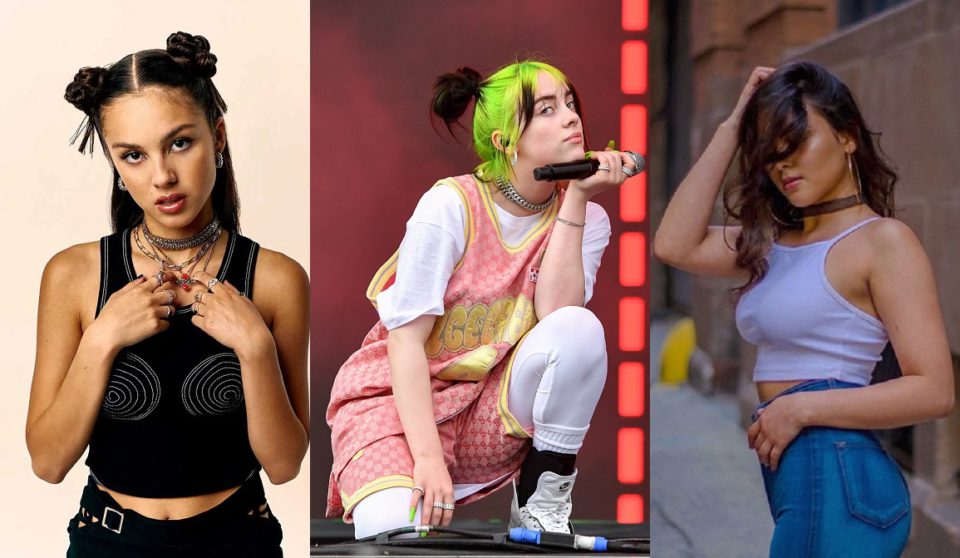 Heartbreak songs and other emotions that bring youngsters together are frequently dismissed and trivialized by critics. According to a study done by The New York Times in 2018, the music people hear as teenagers have an impact on their music preference in the future. We can’t ignore Gen Z’s influence in the music industry no matter how long it takes, whether it’s the heartache songs they like or the teen singers they idolize for their powerful lyricism and soul-stirring music. Heartbreak seems to be the national anthem, as Taylor Swift famously proclaimed. By releasing songs about heartbreak, adolescent angst, and everything else in between.

We believe it is long overdue! Enough with women attempting to succeed in a male-dominated world. Here’s to recreating, reinvigorating, & redefining yourself. Women would be free and empowered to pursue success on their terms in an equal world. As a result, all females must begin somewhere, with the freedom to stamp their mark and uniqueness on the world.

Consider, for example, the ever-incredible Taylor Swift’s lowly beginnings. By the way, you should watch her Netflix movie Miss Americana, which is a tenacious & emotional ride of strength, confidence, and self-awareness. Plus, of course, we enjoy Taylor Swift’s “The Man,” which is taken from her wonderful album “Lover.”

Like, for instance, award-winning London rapper C CANE, who is organizing rappers to share & promote their messages of equality in honour of International Women’s Day.

Women artists have shared underpinnings such as inspiration, vision, and determination

So, nation by country, city by city, there are many young women with burning ambitions, immense skill, and boundless courage who are swallowing their fear and setting their hearts on fire all over the world.

How can the music industry do more to promote, nurture, and support female artists who are just starting?

Among the most important and beneficial characteristics is visibility.

One of the targeted MISSIONS of International Women’s Day is WOMEN CREATIVES. The goal is to help women creatives obtain so much recognition, commercial projects, but also awards by increasing their visibility and promoting their work.

Here are a few up-and-coming female teen performers who are redefining the music industry through their authentic voices:

It’s nearly difficult to miss Billie Eilish’s low-end voice if you like dark and gloomy music. Her debut track, Ocean Eyes, attracted a lot of attention while she was just 14 years old. Eilish, at 19, is a force to be reckoned with each other in the music industry, having two successful albums, When We All Fall Asleep, Where Do We Go? and Happier Than Ever, 7 Grammy wins, and about one billion plays online. She and her brother & co-producer, FINNEAS, have left no stone unturned, from Bury A Friend, told from the point of a monster under one’s bed, to Xanny dealing with the aftereffects of drug misuse.

Eilish stands out because of her haunting lyrics, which explore existential concerns while also being vulnerable. Her characteristic style of ‘bored’ eyes, coloured, and baggy clothing dedicating teen-pop sex appeal as a result. Her popularity has influenced audiences of all ages as well as empowering more young artists to express themselves freely. She’s also a role model for all wallflowers and kids who do not really like they belong, thanks to her out-of-body approach to composing.

Tate McRae has come a very long way from starting a YouTube channel just at the age of seven to working as a backup dancer on a Justin Bieber tour stop to getting signed when performing at Walt Disney World Resort and releasing her debut EP. Her EP All The Things I Never Said reached third place on the official Top 40 list in the United Kingdom, was certified platinum in Australia, and McRae, now 18, is among Spotify’s Top 100 most-streamed artists globally.

McRae has made her mark this year after the release of her album Too Young To Be Sad, with fatal relationships, and also an alternative-pop hit, You Broke Me First, which reached Number 40 on Billboard’s Hot 100. That, too, without having to leave her room. Several young artists are inspired by her expanding online presence, particularly on TikTok and Instagram, as well as her honesty and ability to achieve success despite adversity.

Olivia Rodrigo became an immediate pop celebrity with her breakout track, Driver’s License, upon starring in Disney’s High School Musical-inspired TV series. She is now the generation’s top voice. The 18-year-old became the first female artist to have 2 songs launch at No. 1 on Billboard’s Global 200, while her album Sour became the first debut album by a female artist to have two, No. 1 singles on Billboard’s Hot 100.

Rodrigo isn’t afraid to face criticism or share her insecurities and struggles with her admirers. With her brutally honest and lyrical lyrics, she is exceptional in channelling the intricacies of loss that anyone experiencing an emotional breakdown can connect to. Sour has a cross-generational appeal thanks to its vibrancy, which deals with issues of insecurity and self-acceptance in songs like Jealousy, Jealousy, and Hope Ur Ok. She has become a global celebrity by women’s empowerment who still are discovering themselves by advocating COVID-19 vaccines and sticking to her beliefs during her recent trip to the White House.

In America, she summoned all of her guts and began competing in various talent shows, as well as recording her debut song in a studio. In terms of soccer, she struggled with self-confidence and found it difficult to be away from her loved and lost ones. She was never able to find her place on the team. She resigned and returned to Oslo feeling humiliated and empty.

Unsigned female artists find it difficult to break into the music industry. There are so many foreign words and pitfalls to avoid. But at the very least, writing songs is about being able to empathize with others and drawing on deep awareness and appreciation.

So she wrote a new song called ‘You Go Girl,’ which she dedicated to all women who are trying to accept the world on their terms. It’s a song she penned from the bottom of her heart. She had a night when she was losing faith in herself. She’d been rejected so many times that she couldn’t see where she’d end up. She was depressed and insecure, and she was debating whether or not she should keep going and doing things she loved.

3 Great Places for Ex-Pats to Live in British Columbia

How to Play Blackjack Online – Your Guide to Rules, Strategy, and Winning Tips