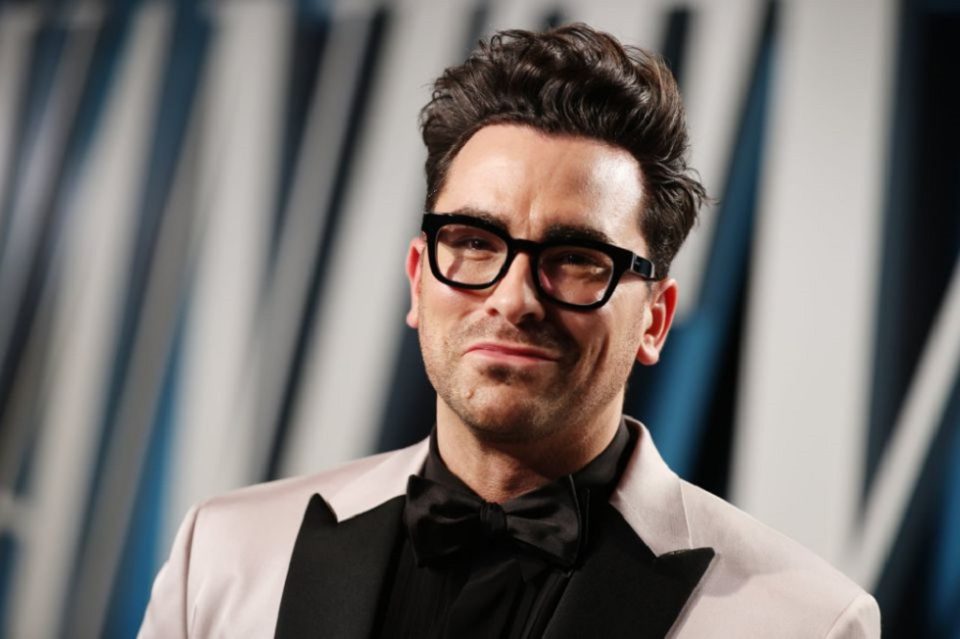 Famous for his TV work, Daniel Levy pops up as a guest in some acting roles as well. Have you spotted him anywhere else? Well, if his name sounds familiar (or his signature eyebrows tipped you off), you might be onto something. Daniel Levy is the son of Eugene Levy (major film star and his on-screen dad on Schitt’s Creek), but that didn’t necessarily give him a straight shot to stardom. Dan Levy even worked at a video store before his rise to fame (does that sound familiar?). Here are 9 facts about Dan Levy that might interest fans:

Dan Levy is part of a generation with Jewish ancestry who also happen to be comedic superstars. The son of comedian Eugene Levy (well known for works such as the American Pie series of movies and the Canadian sitcom Schitt’s Creek), he now stars and co-creates the cult hit Schitt’s Creek with his dad.

Dan came into this world in 1983 in Toronto. The actor’s parents Eugene Levy and Deborah Devine chose to raise him and his sister (actress Sarah) at a good distance from Hollywood. Dan’s not that outspoken on his Jewish identity, but sweetly calls himself a “halfie.”

One half of me is celebrating Hanukkah, the other half is decorating a tree. My body is confused. #halfie #chrismukkah. This interfaith identity was a plot point in the holiday special of Schitt’s Creek, giving us the amazing line, “I’m a delightful half-half situation!”

His parents were “incredibly loving and supportive.”  His mother kind of was a trailblazer herself saying: “The best thing I ever did for my Protestant family was marry a Jewish man. We learned that a combined world is an enriched world.”

3. He uses Schitt’s Creek to demonstrate a world without homophobia:

According to one interview with the Advocate he said:

“the amount of response I got from the third season of our show where we first introduced the character of Patrick was like, ‘I really hope nothing bad happens to them.’ It was a very conscious effort on my part to not have that happen. In fact, it’s been a conscious effort to not ever show the other side on our television program. I have made a very strong point to not ever show bigotry, homophobia, or intolerance on our show because to me, it’s a celebration of love. At the root of it, [Schitt’s Creek] is a celebration of love between the family and between the relationships that we build.”

4. On the show, his character, David, is pansexual:

“To not have to define yourself or categorize yourself, I think, is beneficial to everyone. I think the more we can understand that people just exist and that as long as we’re doing good in this world, we don’t need to bother or worry about defining or classifying people, the sooner we’ll be in a better place.”

5. Dan is the host of The Great Canadian Baking Show:

“I had the time of my life on MTV. I was working at a video store before I got my job there. It brought me out of my shell. Being forced to talk to strangers every day will make anyone who is afraid of strangers kick that bad habit real fast. It was my first chance to show people that I was capable of not being just someone’s kid. And more importantly, for me to figure out, am I good at this?”

Yet, he was never cut out to host TV saying:

“I hated working red carpets, I hated the whole celebrity interview process. I just realized I’d rather be the person somebody wanted to ask questions to than the person asking the questions. I wanted to contribute; sitting down and asking a series of very generic questions to someone in a press junket was not fulfilling enough. So I left MTV and started to write television, started to get involved in some improv classes, and then shortly thereafter came up with the idea for Schitt’s Creek…”

6. On working with his dad, Dan wrote:

“We both share a desire to tell stories about characters who are rooted in reality. What I’ve learned from my dad is that you don’t have comedy unless you have characters who are real. They can be as big and broad as possible, but the story has to be based on something with heart. That’s what has worked for him, and keeping that in mind season after season has been really beneficial in the writers’ room.”

7. He had a brief arc in Tina Fey’s movie Admission, which didn’t go quite as planned:

“I have anxiety at the best of times,” Dan admitted, “So to be preparing this very wordy monologue — I got so nervous that I couldn’t get through it. I was stuttering and stammering and I remember thinking, if things ever go well in my career and I run into Tina Fey again, I owe her a really big apology.”

Identity aside — there’s not much stylistic overlap between Dan and his character, David.

“I don’t think I would have the sartorial confidence to wear what David wears on the day to day, especially in certain situations,” he told Vogue.

Value vs Growth Stocks: Which is a Better Investment for You?